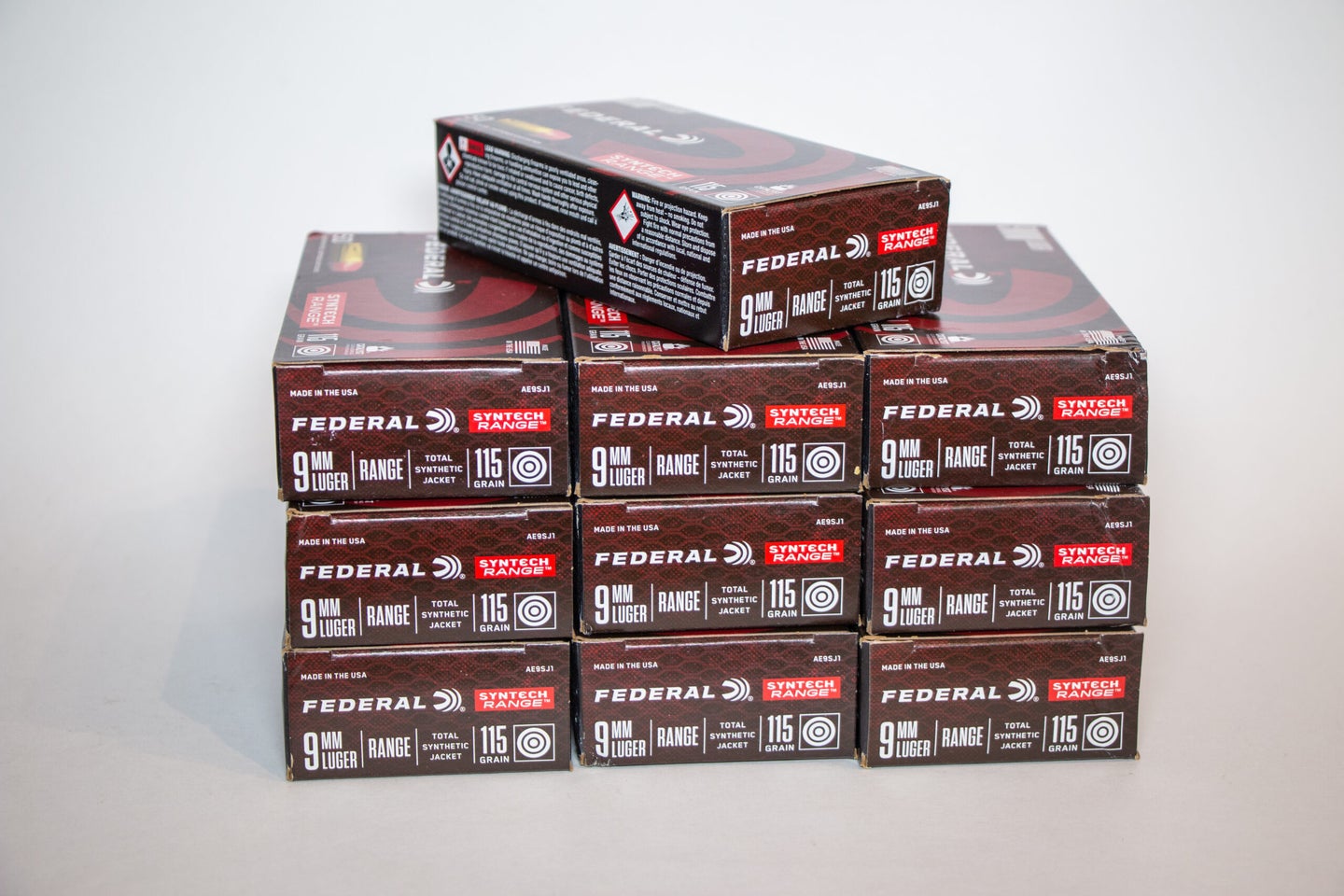 500 rounds of practice ammo might be all you need for the year but waiting until you need it to buy it is no longer advisable. Be your own ammo warehouse. Richard Mann
SHARE

If the pandemic and recent presidential election haven’t done anything else, they’ve provided a lesson regarding how much ammo you need to keep on hand. A year ago, we trusted gun shops, sporting goods stores, and online retailers to serve as our ammunition warehouses. It only took a few months for that to change. With gun sales off the charts and fears of anti-gun legislation, ammunition became harder to find than it has in decades.

A year into this debacle, ammo hoarding seems like a good idea because we realize we’ve become too dependent on retail to take care of us. This is something our grandparents—at least here in the hills—never let happen to themselves. I once spent a summer pulling, straitening, and sorting nails that came from an old house my grandfather tore down. And my grandmother spent her summers in the garden, and her early fall canning fruits and vegetables.

I don’t know if you can have too much ammo, but you can damn sure not have enough. The initial purchase will set you back, but you can break it up over a couple years to soften the blow. Once you have it on hand, you’ll be just like my hillbilly grandparents—you’ll never need a nail you don’t have, and each year you’ll eat what you canned the year before while adding to the stock. Here’s a guide to buying and storing ammo in bulk.

How Long Does Ammunition Last in Storage?

Most manufacturers will tell you ammunition has at least a 10-year shelf life. The truth is that with proper storage, it will last a lot longer than that. The key to storing ammunition is to keep it away from high humidity in a temperature-controlled location. Humidity can cause corrosion of the brass cases and cooper projectiles—so much so that cartridges may not chamber or extract after being fired. If you live in an area where the average humidity is above 50 percent, you need to solve this problem by using a dehumidifier or finding another way to absorb moisture.

Fortunately, with regards to temperature, ammunition is much like humans; if it’s comfortable for you, then it’s good for the ammunition. Depending on where you live this means garage storage may not be optimal. Just like with your body, you want to avoid exposing ammunition to extreme heat or cold, and drastic temperature shifts. A dark, humidity-controlled basement is about ideal, just make sure you’re out of the flood plain.

What’s the Ideal Amount of Ammo to Keep on Hand?

How much ammo do you need? The answer to this question will be different for everyone. So, let’s make it simple. Calculate how much ammo your household generally shoots during a normal year. Include all the cartridges you have firearms for and add 10 percent. Going with the conventional wisdom of a 10-year shelf life, multiply that number by 10. Not only will this guarantee that your properly-stored ammunition will remain like new for the entire time you have it, but this also gets you through a two-term anti-gun presidency.

How to Store Ammo The Right Way

For some, a 10-year supply of ammunition could take up a lot of space. Fortunately, there are ways to reduce the footprint of 10,000 to 20,000 rounds of ammunition. You can purchase metal army surplus, or more modern plastic, ammo cans and dump identical loads inside them. When you do this, take the time to create a label—just like grandma did for her canned goods—for each ammo can detailing the ammunition inside. Include the lot number as well as the date it was purchased. This will allow you to consume ammunition based on its age. Use the oldest ammo you have first. When a new year rolls around, purchase what you used the previous year—in addition to ammunition for new firearms you’ve acquired—and work it into your rotation.

This storage and labeling process is no different, and maybe even more important, for reloaders who create mass amounts of ammunition at a time. Store your powder, primers, brass, and bullet components in the same conditions you store your ammunition. And make sure assembled loads are labeled to properly identify them. In some cases that means including information on the gun(s) they’re loaded for—it’s not uncommon for handloads to be crafted to work in specific firearms.

Read Next: The 15 Best Personal Defense Rounds for Handguns, Rifles, and Shotguns

What Types of Ammunition Do You Need to Store?

Ammunition essentially comes in two types. There’s practice ammo used for punching holes in paper, ringing steel, or busting clays, and there’s serious ammo used for hunting or self-defense. Law enforcement agencies generally rotate their duty/serious loads once a year, and this is a good practice to follow. A couple hundred rounds of defense or hunting ammo purchased each year should be sufficient. And, if you have a 10-year supply of serious ammo on hand, you’re ready if the world goes to hell in a handbasket.

Finally, finding a great deal on ammunition is one of the glories of life. However, purchasing a lot of ammo that does not work well in your firearm, is less than ideal. Before committing to a massive purchase, make sure the ammo you’re buying will run and shoot well in your firearms.