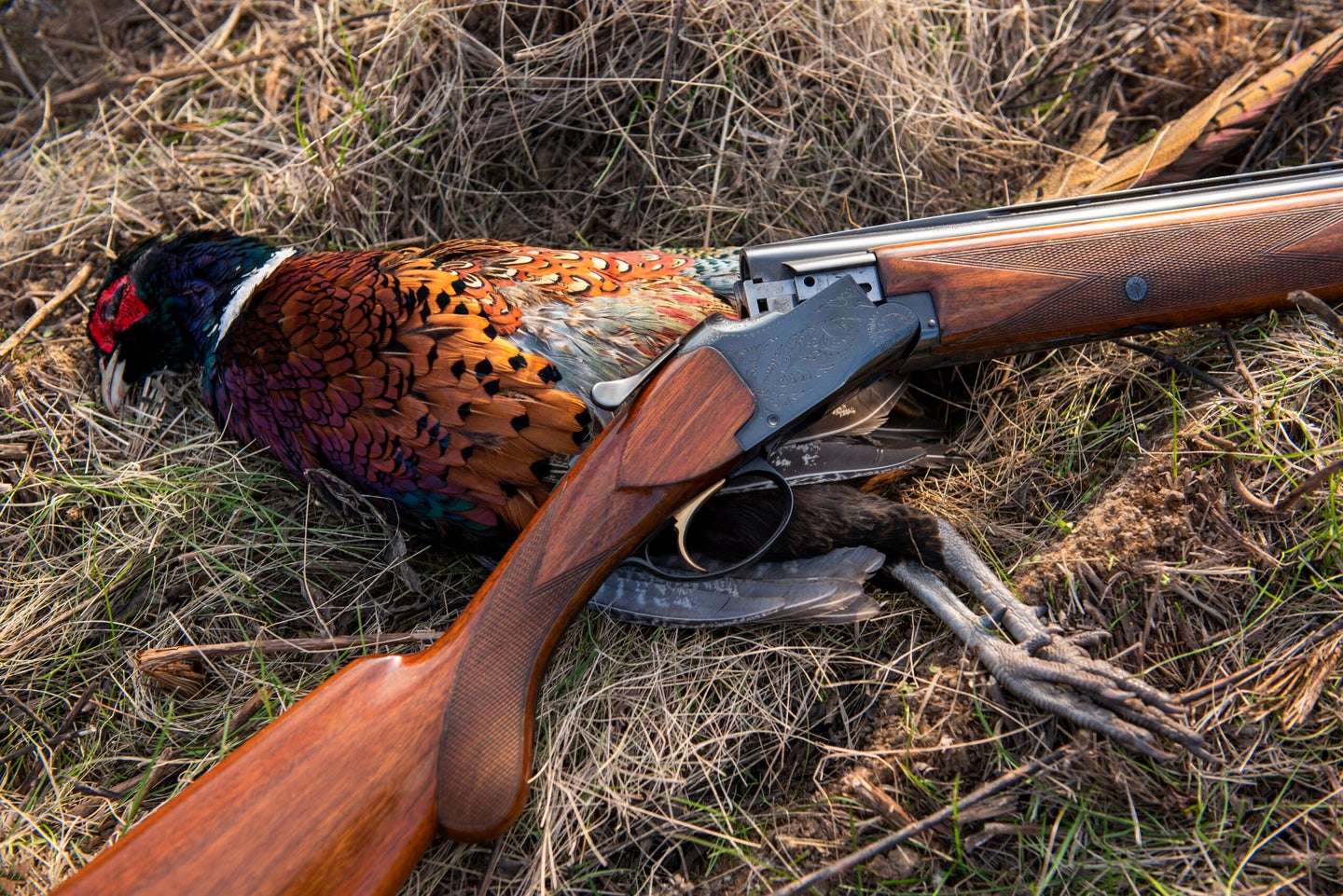 The author’s 20-gauge Brown- ing Superposed is just like the one his mother once shot. Phil Bourjaily

3 Guns Our Shotguns Editor Will Never Part With

A lot of shotguns come and go, but there are always a few that you just can’t get rid of

“NEVER SELL A GUN,” someone once told me, and it’s a good rule of thumb for the first two-thirds of life. But once you reach a certain age, you start thinking, What am I going to do with all these guns? That’s where I am now, and cutting down feels right. My two sons like guns, but there are only so many they need to inherit.

Some decisions on what to get rid of have been easy: My slug guns are gone. If I shoot another deer, it will be with a rifle chambered for a straight-wall cartridge. I use semiauto shotguns only for ducks and geese these days, and that made the autoloaders I once used for birds and clays expendable.

After that, the decisions got harder. I’ve sold one or two that I said I never would, like the 12-gauge Red Label I bought to remember my friend Kenny by. Despite obvious bad health in the last year of his life, Kenny was unfailingly cheerful and uncomplaining. After he died, his son sold all his shotguns to the local gun shop. I bought the Red Label that Kenny was so proud of as something of a memento. I took it hunting exactly once, on a goose hunt so cold that no one would come with me. I shot my limit in 20 minutes, and two of them wore bands. The gun is gone now, but I can still think about Kenny from time to time and wish I could tell him about that day with his Red Label.

There are a few shotguns on the permanent must-not-sell list. My father’s gun, which I’ve written about before, sits at the top. These are the others.

My dad had no interest in target shooting. He taught me to handle a gun safely, threw a few clays for me, which I broke, then pronounced me a natural shot. With no training and no practice, I was naturally terrible. I was 30 years old before I started shooting trap, which I liked because we had young kids and I could get to the nearby gun club, shoot 100 targets by myself, and be home in an hour. I found a real trap gun for peanuts, a pristine Miroku Charles Daly Superior Grade Trap with 32-inch barrels. It’s a beautifully made gun, basically a Citori knockoff but with better fit and finish.

I shot my first 25 straight with that gun. After I discovered sporting clays, I had a fitting done and the stock converted. A few years ago I attended a clinic at which one of my dream guns, a $12,000 Krieghoff K-80, was set up to my dimensions and waiting for me. I brought the Daly as a backup.

I missed badly all morning and was flailing on some very long crossers as we worked up to shooting genuine 100-yard targets. The instructor, who was out of suggestions, took one last shot: “Why don’t you try your gun?” I put the dream gun down, picked up my Daly, and couldn’t miss. “You’re a lot better shot than I thought you were,” my teacher said. Later that day, I broke 100-yard crossers with the gun. If I had to take one shot at anything for all the marbles, the Daly is the gun I’d pick.

A Benelli Montefeltro For Christmas

Money was tight, and with the holidays coming, I decided to sell guns to pay for the kids’ presents. I took my Gold 10 and a 20-gauge 1100 to a store that bought guns for about half of what they were worth. There, I spotted a new 12-gauge Benelli Montefeltro with nice wood sitting in the rack before I offered my guns for sale, and I traded up for the Montefeltro instead. It’s the gun I shot my late setter Ike’s last birds with, and I shot a rare true double with it on pointed pheasants when Jed, one of my current dogs, was a puppy.

After Benelli introduced the Ethos, with its Easy Locking bolt that eliminates the inertia-gun “click” misfire, I talked a friend at Benelli into getting me an Ethos bolt for my gun. Now my Montefeltro is one of a kind and click-proof. I’ve retired it from upland hunting and use it as my unfailingly reliable duck gun. I never told my wife about my plan to sell guns for present money or my failure to follow through. We still bought the kids a lot of presents that year, we just went deeper in the hole to do it. And I got the best duck gun ever for Christmas.

My mother had a 20-gauge Browning Superposed skeet gun, which she shot for the few years she hunted a lot. Horses were Mom’s real love, and when someone offered to trade her a high-end English saddle for the Browning, she swapped it. Later, when I got interested in hunting and realized exactly what Mom had traded away, I railed at the injustice. Who trades a Superposed for a saddle?

As Mom neared the end of her long life, that old Superposed came to represent all the parenting regrets in her mind. She would apologize for getting rid of it when I visited, even though I assured her that I owned all the guns I needed and was long since over it.

Read Next: 8 Great Shotguns That You’ve Never Heard Of

Around that time, my wife and I had a New Year’s dinner at the home of family friends. Rudy used to hunt with my parents and has known me most of my life. After dinner, he asked me if I had ever seen A Christmas Story, and then he told me to look behind a chair in the corner. I found a cheap vinyl gun case with a red bow on it and a 1957 20-gauge Superposed skeet gun inside—not my mother’s gun but its twin. I choked up. My wife cried. A few days later, I shot a limit of roosters with it over Jed.

I hunt with this gun only one or two times a year, but I was able to tell my mother before she died that Rudy had given me a gun just like her Superposed. So that one, for sure, I’ll keep forever.