My First Gun: A Pair of Hand-Me-Downs from Grandpa

The author's grandfather gave him two guns—a pristine .30/06 and a very special Savage 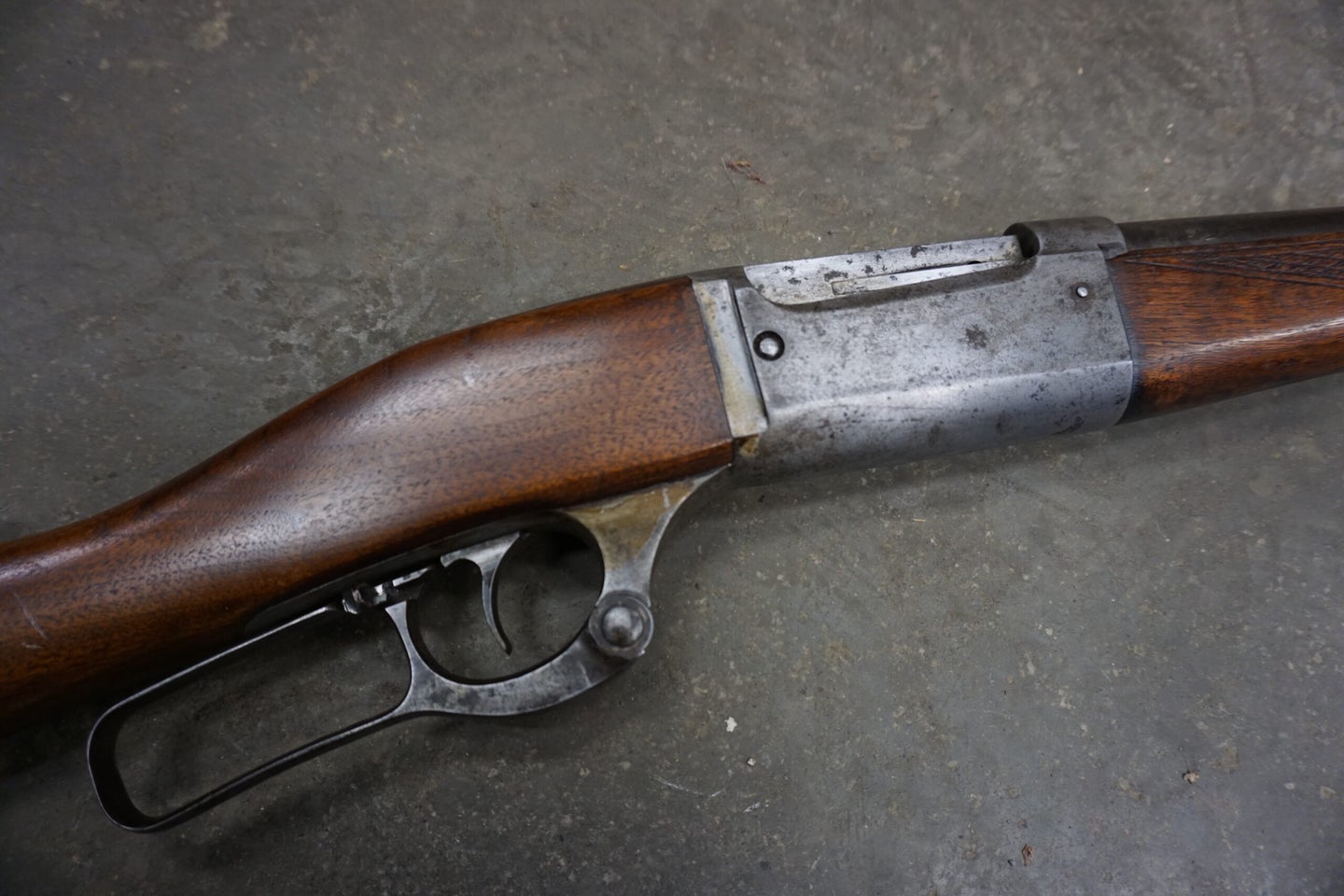 The author's Savage Model 99, a gift from his grandpa. Matthew Every
SHARE

Over the course of his life, my grandpa gave me two rifles. One was the first gun I ever owned. The other is the only gun that really means something to me.

The first rifle was a .30/06 Remington Model Four with a Leupold scope. Even though the gun was a hand-me-down, it looked brand-new. The whole gun shined: The checkering was fine and sharp, and it had a deep-blue finish. When Grandpa handed it to me, I was blown-away.

I had just turned 16, and while I’d borrowed guns before, I never had one of my own. I brought it home and stayed up all night watching TV with the rifle in my lap, working the action to learn everything I could about it. The next day, my grandpa and I went deer hunting. It was still early and just past legal light when we crossed over a saddle on our way up the mountain. We caught a group of five deer on the move. I followed the last one, a doe, with the crosshairs of my new rifle. When the whitetail stopped to look back at us, I pulled the trigger. The deer tipped over and out of sight.

Grandpa and I crunched in the leaves and ducked under old maple sap lines that cobwebbed up the mountainside. It was a dry morning and by the time we got close to the deer, the sun was up. I stepped over a rise and looked down to see the doe. It was the first deer I had ever shot, and it all felt so real. I was shocked at what the rifle could do. Before that, I had shot small bores and shotguns, which were all impressive. But there’s something irreversible about the power of an ’06.

We kept hunting together all fall and it was the most time my grandpa and I had ever spent together—just the two of us. By the time deer season was over, he acted differently toward me. Before he gave me a hug when he saw me, but now he just shook my hand. One day, the following summer, I went to see him at the garage where he worked, and he said we should go for a ride. We arrived at his house, and went upstairs where he pulled something wrapped in a blanket from the top shelf of the linen closet. He unfolded the fabric and revealed an old Savage Model 99.

It was an altogether different kind of gun than my Remington. Every tool or vehicle my grandpa loved looked like hell. And by those standards, the Model 99 was an object of true affection. The gun had been ground down by the mountains. Its bluing was gone, worn to bare metal. The stock had dents from branches and rocks, and the forend had been etched with a scribe where someone tried to checker it. Somewhere along the line, the barrel was replaced with a .32-40 barrel that was re-chambered in .32 Special and cut down to about 20 inches. The sights were aftermarket, and there were extra holes drilled in the tang where someone had tried to retro-fit the gun with a peep sight but failed.

Despite its condition, it was much lighter than my ’06. When I put it to my shoulder, the shabby beat-up Savage immediately put my Remington to shame. It felt like an extension of my body rather than something grafted to it. I worked the lever-action over and over and tried the trigger. In between the clicks and clacks I heard my grandpa say, “I want you to have this rifle, Matt.”

The Model 99 had been my grandpa’s meal ticket. He grew up on a farm during the Depression with six brothers and sisters. The rifle was likely the most powerful gun in their small house. They didn’t have electricity until the 1940s, and they lived mostly on deer meat and squirrels. I once asked him how they refrigerated the deer they killed, and he told me they ate them so fast they didn’t have to.

When I got home to shoot the 99, I couldn’t get it to consistently hit a target at 75 yards, and every other ejected case would come out cracked at the neck. But I was proud to have it. Even though it was virtually unusable, it was like a totem to the knowledge my grandpa had learned and was passing down to me. I told myself one day I’d get it repaired so I could take it hunting. But it eventually ended up in the back corner of my safe.

This year, my grandpa died in his own bed, surrounded by a family who loved him. He was in a fever dream the last time I shook his hand. I put my palm to his and wrapped my fingers around the back of his thumb like you would in an arm wrestling match. He was on his back, eyes closed with a furrowed brow and an outstretched arm. I felt his padded fingers grip around the back of my hand and loosen again the same way they always did. He told me to have fun hunting, and then he was gone.

I’ve bought, sold, and worked on a lot of deer rifles trying to find the right one for the kind of hunting that grandpa showed me, but nothing has ever felt as right as the Model 99. After he died, I dug out the rifle and snapped it up to my shoulder. It was still just as lively and balanced and worn out as the day he gave it to me. It now sits in pieces in a box at my gunsmith’s shop. Hopefully, he’ll have it ready in time for opening day.

“My First Gun” is a new essay series on F&S.com. You can find the complete collection here. If you would like to submit an entry, send it to editorial@fieldandstream.com.