How the Ugliest Rifle Ever Became a Sought-After Gem

The Zytel-stock M77 Mark II has been maligned for years—and now, it’s a collector’s item 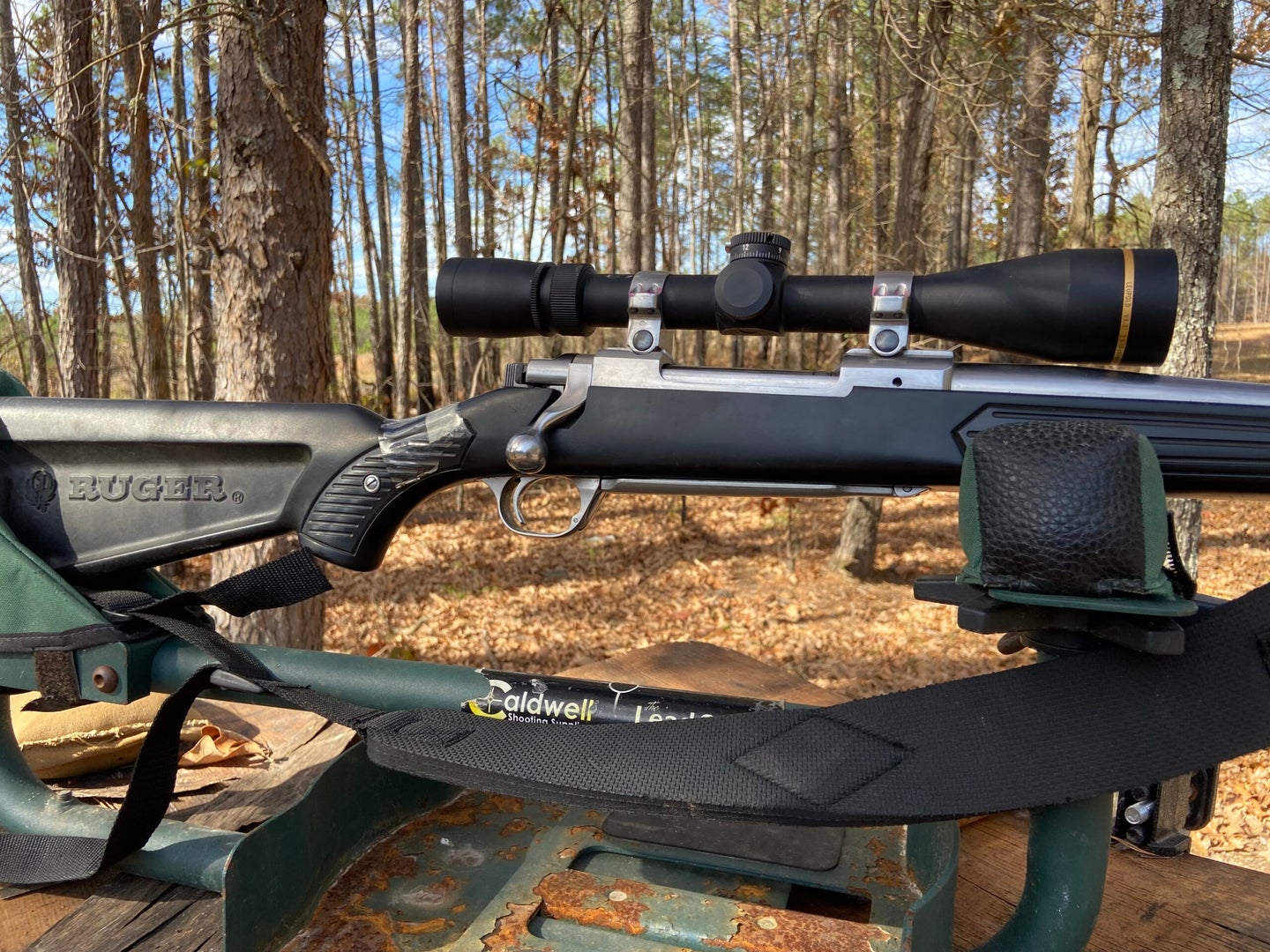 The author's boat-paddle Ruger may not be pretty, but it's put up to years of use. Will Brantley
SHARE

I used to think everyone but me hated the boat-paddle Ruger. The M77 Mark II all-weather bolt-action with “Zytel” stock supposedly wasn’t accurate, kicked too hard, and looked tacky. It had interchangeable panels on the pistol grip and forend (most were just black but some were green and others were wood grain). The Ruger logo, molded into the face of the buttstock along with the eagle emblem, was like a precursor to the barrel stickers of today, but more permanent than an aging tramp stamp. No laser removal therapy would fix the appearance of that stock if you decided you were tired of looking at it.

The M77 Mark II had a three-position safety and hinged floorplate. It was a rifle of the ‘90s, before smartphones, vape pens, and AccuTriggers were things. Back then, factory triggers often broke like rusty trailer latches. Gun writers complained about heavy “lawyer-proof” triggers, and the M77 Mark II had a reputation as one of the worst. Synthetic stocks were relatively new and disliked, too, and the boat-paddle stock seemed to especially spit on traditional styling.

Not that I cared about any of that. I got my boat paddle, .30/06 Ruger on Christmas morning of 1996 or ’97, and thought it was the coolest rifle I’d ever seen. I didn’t get a scope for it that morning—Dad would buy that for my birthday a couple months later. But I did swipe three 180-grain Powerpoints from his gun cabinet, and I set a coffee can in the snow maybe 20 yards away. I looked down the barrel as if it were a shotgun (it didn’t have open sights) and blew a massive divot into the snow and mud under the coffee can, sending it spinning into the air. I was able to eyeball the next two shots and punch holes in the coffee can.

My Ruger wore a 3-9×40 Tasco scope for the next decade, and I used it to shoot lord knows how many whitetails—as well as a bunch of groundhogs, possums, raccoons, coyotes, foxes, and other fauna of Kentucky. I’ve always had a “guns are tools” mentality, and my .30/06 was one of just four centerfire rifles that I’d ever owned when I became hunting editor of Field & Stream at age 32. The others were a .22 Hornet, a .308, and an AR. I never thought I needed anything else.

Maybe some boat-paddle Rugers don’t shoot, but mine does. I had a gunsmith buddy work on the trigger some years ago because it was heavy. It’s still not great by today’s standards, but it does break at a crisp 4 pounds. I replaced the scope, too, first with a Nikon Monarch and then a Leupold VX 3i. My rifle has always liked heavy bullets best, and it’ll put three 180-grain Nosler Partitions touching at 100 yards if I do my part. Federal’s 175-grain Terminal Ascent is a second close favorite, and those old Winchester 180-grain Powerpoints still shoot pretty well. I now own two 6.5 Creedmoors, both of which also shoot well, but neither will outshoot that .30/06 at 100 yards. I’ve hunted with it in rain and mud and wind and sand and cleaned it once or maybe twice—ever.

Nowadays my “work” hunts usually mean that I’m shooting another manufacturer’s new rifle or cartridge. I’ve spent a lot of the past decade chasing big game across the globe with some really good borrowed guns from Browning, Winchester, Springfield, Franchi, Savage, Mossberg, Bergara, and others, and in a variety of calibers. When I first took this gig and people asked what kind of rifle I used back home, I’d be a little sheepish in saying it’s a decades-old Ruger .30/06—and I’m not sure I’ve ever told anyone that it’s a bolt-paddle model. In this age of hybrid target/hunting rifles, new calibers, and long-range everything, my old Ruger is unimpressive.

Then again, it still works. Last March I was pig hunting in Texas, and my buddy Ryan called at about sunset, just as a sounder of sows and shoats stepped into sight. I answered him, put him on speakerphone, and said, “be quiet and listen.” The shooting started, and I killed three pigs in three quick shots. “That sounded like that Ruger,” Ryan said, though he was just assuming because he’s hunted with me more than most.

“Hell yeah, it was,” I said. We talked for a bit, and shortly after we hung up, I killed two more pigs. I’ve had a lot of success with that rifle, and that’s why I reach for it over and again.

Ryan used to own a boat-paddle Ruger, too—in .270—but like many others, he sold it years ago because it “kicked like a motherf*@$er.” But he was the first to tell me that, in a delicious and ironic twist, the boat paddles have become expensive collector’s items. “Man, they’re bringing a fortune on Gunbroker,” he said. “I guess I shouldn’t have sold mine.”

Read Next: Under Ruger’s Ownership, the Great Marlin 1895 SBL Is Better Than Ever

I checked and sure enough, the rifles are bringing $1500+ right now—about three times what Dad paid for mine back in the ’90s. After reading some rifle forums, it seems a lot of people don’t understand the demand for such a hideous, inaccurate rifle that was discontinued long ago, especially when there are so many much better rifles out there today. Well, to hell with what they think. Fifteen hundred won’t touch mine.