Many shooters believe that the sectional density of an unfired bullet predicts penetration, but for the vast majority of bullets we use, that just isn't true 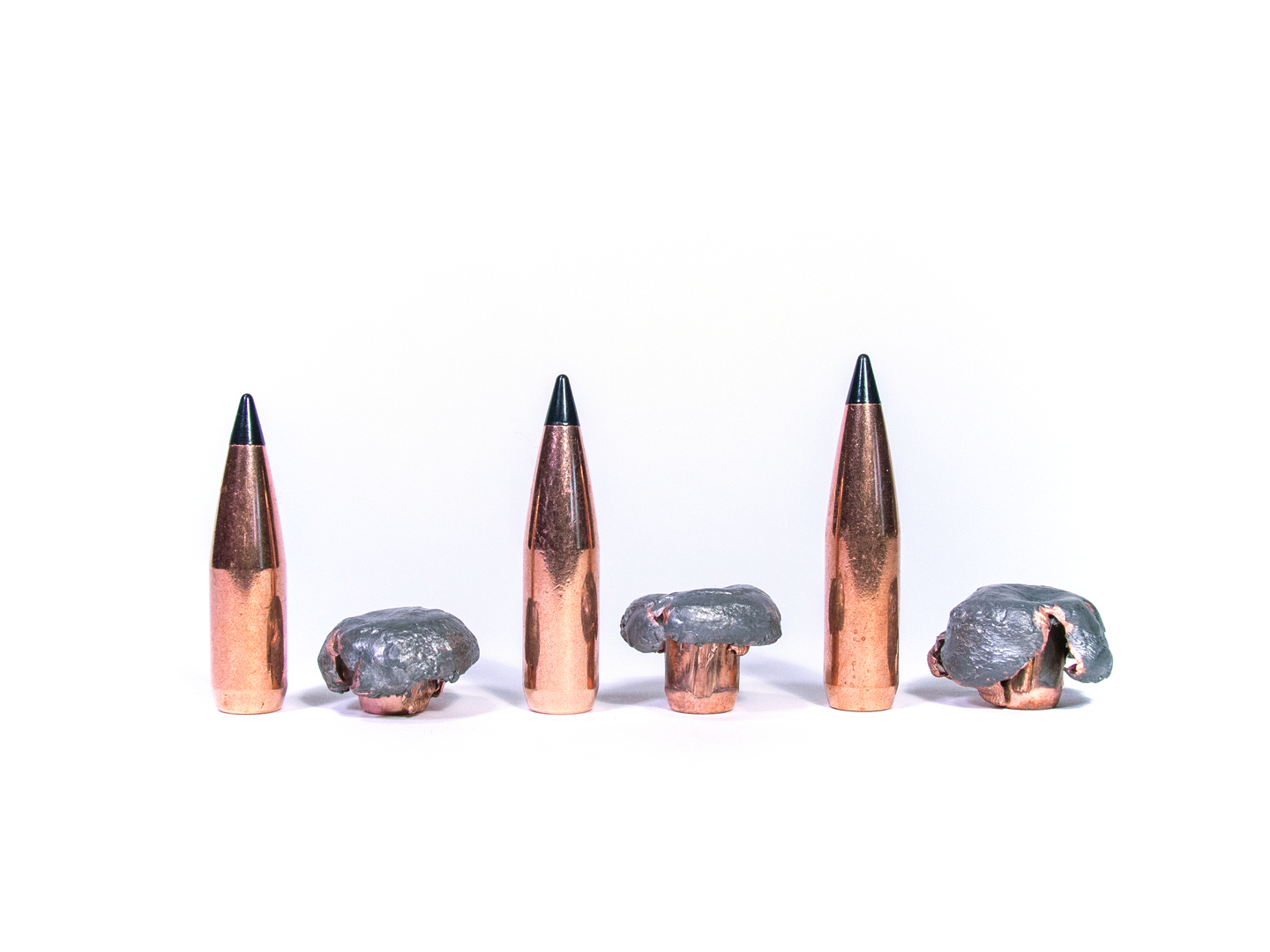 SD is usually given for unfired bullets, but it's the SD of fired slugs that usually matters. Richard Mann
SHARE

We need to talk about the sectional density (SD) of an unfired bullet. Why? Because you’ve been led to believe that it matters. And it doesn’t really. Not for most of us. I know this may come as a shock, given that many shooters believe that the higher a bullet’s initial SD, the deeper it will penetrate. Bullet catalogs list unfired SD as an important specification, after all, and the supposed correlation of SD and bullet penetration is all over Internet chat forums and even articles like this one. But if you just think about a bullet made of cheese, you’ll see what I’m getting at.

First, let’s define the term: SD is the ratio of a bullet’s weight to its diameter. It’s calculated by dividing the bullet’s weight in grains by 7,000, which gives you it’s grains per pound, and then dividing that by the bullet’s diameter, squared. With solids or bullets that do not deform, SD can be representative of penetration. But here’s the key: Most of us use bullets that do deform, and with these projectiles, the SD of the unfired bullet means very little. Rather, it’s the SD of the mushroomed bullet (which isn’t given in catalogs or much talked about) that truly influences penetration.

To better understand SD, you have to realize that its calculation does not consider what bullets are made of or how they’re constructed. SD may seem to reflect how hard or tough a bullet is, but it doesn’t. Which brings us to the bullet made of cheese. Consider one bullet made of lead and another one made of cheddar. If both weigh the same and both have the same diameter or caliber, their sectional densities are identical. Unless you’re hunting field mice, the cheddar cheese bullet is as useless as a lasso on a whale.

The TSD of a bullet—its recovered weight divided by the square of its recovered diameter—is highly influenced by impact velocity and will vary depending on how fast it is traveling when it hits something. After only a couple inches of penetration, bullets fully mushroom and establish their terminal shape. The remaining 90 percent of the bullet’s penetration journey is then dictated by the mushroomed bullet’s TSD and remaining velocity. Because bullets are constructed differently, made of different materials, and react differently to impact, you cannot reliably predict penetration based on the SD of the unfired bullet. TSD, on the other hand, is a very good indicator of penetration potential. But ironically, to calculate a bullet’s TSD you must recover it, weigh it, and measure it. If you can do that, you already know how far it penetrated.

TSD is the heart of terminal performance when it comes to bullets that deform or expand. It is the reason some hunters prefer a certain type of bullet to another. Just look at the three .30-caliber, 150-grain bullets from Nosler pictured below. From left to right, they are a Ballistic Tip, an AccuBond, and a Partition. They all have the same SD, but their TSDs, when captured in ordnance gelatin at about 2600 fps, are 0.045, 0.051, and 0.063 respectively. And these TSDs correlate very well to their respective penetration depths of 17.5, 21.0, and 22.5 inches.

Be Careful Using Initial SD to Choose a Hunting Bullet

Hunters will sometimes use the SD of unfired bullets when trying to decide on the best bullet weight to use for a particular application. It’s generally thought that heavier bullets of a given caliber penetrate deeper, due to their higher SD. This seems to make sense, but it’s simply not always the case. This is partly because you must consider the higher velocity of the lighter bullet. And partly because, not all bullets of the same type are designed to react to impact in exactly the same way.

Look at thee three .30-caliber Swift Scirocco bullets below. The 150-grain bullet (left) has an SD of 0.226, the 165-grain bullet (center) has an SD of 0.248, and the 180-grain bullet an SD of 0.271. When fired at standard .300 Winchester Magnum velocities for each bullet weight, and captured at 100 yards in ordnance gelatin, these bullets all penetrate to an almost identical depth. Why? It’s partly because the lighter the bullet, the higher the impact velocity. But it’s also partly because, even though these are all the same type of bullet, they do not react to impact exactly the same. The lighter bullets are designed to retain more weight to help them cope with the higher impact velocities they will experience.

This proves yet again that, unless you’re talking about non-deforming bullets or solids, the SD of the unfired bullet does not provide us with much useable information regarding penetration. How a bullet reacts when impacting an animal is influenced by many factors; it is a chaotic event, and we can only make an educated guess at the outcome. One thing, however, is for sure: The construction, design, and impact velocity of bullets are far more important than their unfired SD.