Turns Out, It’s OK to Shoot Steel Through Old Shotguns (Sort of) 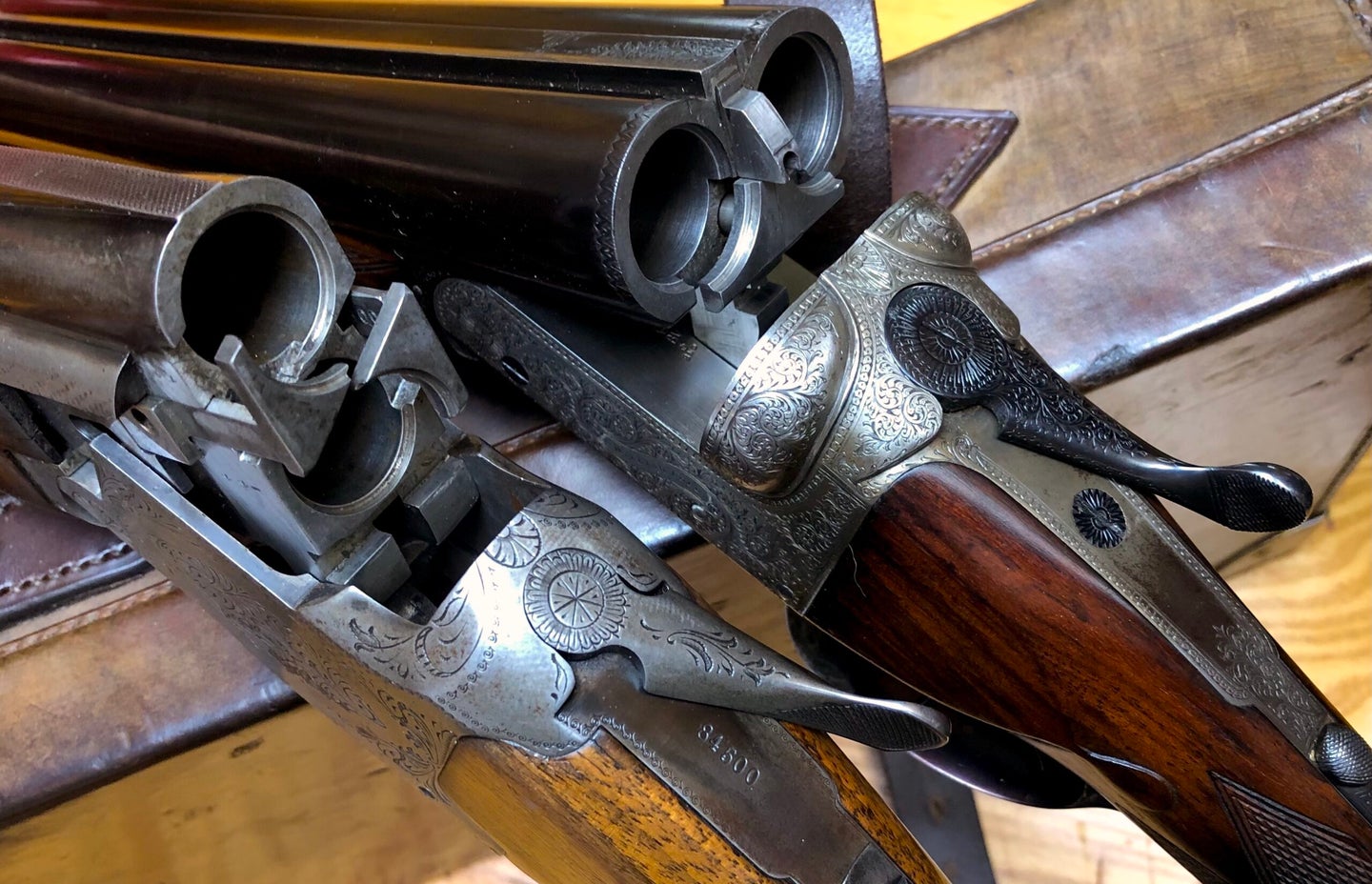 Standard steel shot is a cheaper alternative to bismuth and can be used for smaller ducks and other game birds. Matthew Every
SHARE

In my line of work, you get a lot of questions about steel shot and old guns. The standard answer on our side of the Atlantic has always been that steel and old guns don’t mix.  In England, which is currently undergoing a transition to non-toxic shot for all game shooting, the answer is different.

The Birmingham Proof House and the Gun Trade Association say any nitro-proofed gun (essentially any gun safe for smokeless ammunition) can be safely fired with so-called “standard steel”
loads.  To prevent a ring bulge from forming on the barrel, they recommend steel be shot through nothing tighter than a half (Modified) choke. That’s it. That’s the whole recommendation. They are more or less saying you can shoot steel in any gun suitable for smokeless powder.

The catch is, the cartridges have to be “standard steel.”  Standard steel cartridges contain no shot larger than English 4 (our 5s), no pressures in excess of 10,733 psi, and no velocities higher than 1400 fps in a one-ounce load or about 1250 fps in a 1 1/8 ounce load. Anything heavier, faster, or loaded with larger shot than that is classified as “high performance” steel. High-performance steel is recommended only for guns designed or proofed for steel shot. In England, guns proofed for high-performance steel bear a fleur-de-lis proof mark. Over here, practically any gun made since the late 80s was made with steel shot in mind.

These recommendations are based on extensive tests conducted by the British Association for Conservation and Shooting (B.A.S.C.) some years ago, and others at the Royal College of Military Science in the 1990s. The tests subjected guns to up to 1,000 rounds of steel to determine whether chokes or barrels were damaged. This wasn’t necessarily new information even in the 90s. Back in the 70s, U.S. ammo makers all tested steel extensively. Remington put as many as 4500 rounds through their test guns. There was little damage to guns aside from slight—about the thickness of a sheet of paper—ring bulges in some guns behind the choke.

If you’d like to watch a deep dive on the subject, The Gun Shop Outdoors in Botley, England, produced a four-part video in which gunsmith/host Jonny Carter (who kindly walked me through the distinctions between standard and high-performance steel) and his sidekick, wildfowler Nick Horton, perform a long-term steel shot test. Spoiler: guns are not harmed (much) in the making of the video. The minor damage that does occur takes place when they shoot high-performance steel through a gun not proofed for it. They have no problems so long as they stick to the “standard-steel” loads.

What this all means is that there’s now more evidence that you can probably get away with shooting light, smaller-shot, standard-steel loads out of most guns choked Modified or less without damaging the barrels. If “probably” isn’t good enough for you, then don’t do it. Keep shooting lead where and when it’s legal, or keep paying for bismuth.

If you do decide to shoot standard steel out of your old guns—and I might be tempted now—I’d call them a poor choice for any duck other than a teal. They’ll perform just fine on doves and small to medium upland gamebirds. I’ve shot hundreds of doves with 1300-1400 fps steel 7s and been pleased with the ammo’s performance even when I had to reach out some. Steel 5s would be about the equivalent of a 7 or 7½, and would work for any upland bird up to, and just barely including, pointed pheasants.