The Long and Short of Shotgun Barrels: 6 Things You Need to Know

Longer barrels pattern better and boost velocity. Shorter barrels are more maneuverable. Which is right for your next shotgun? 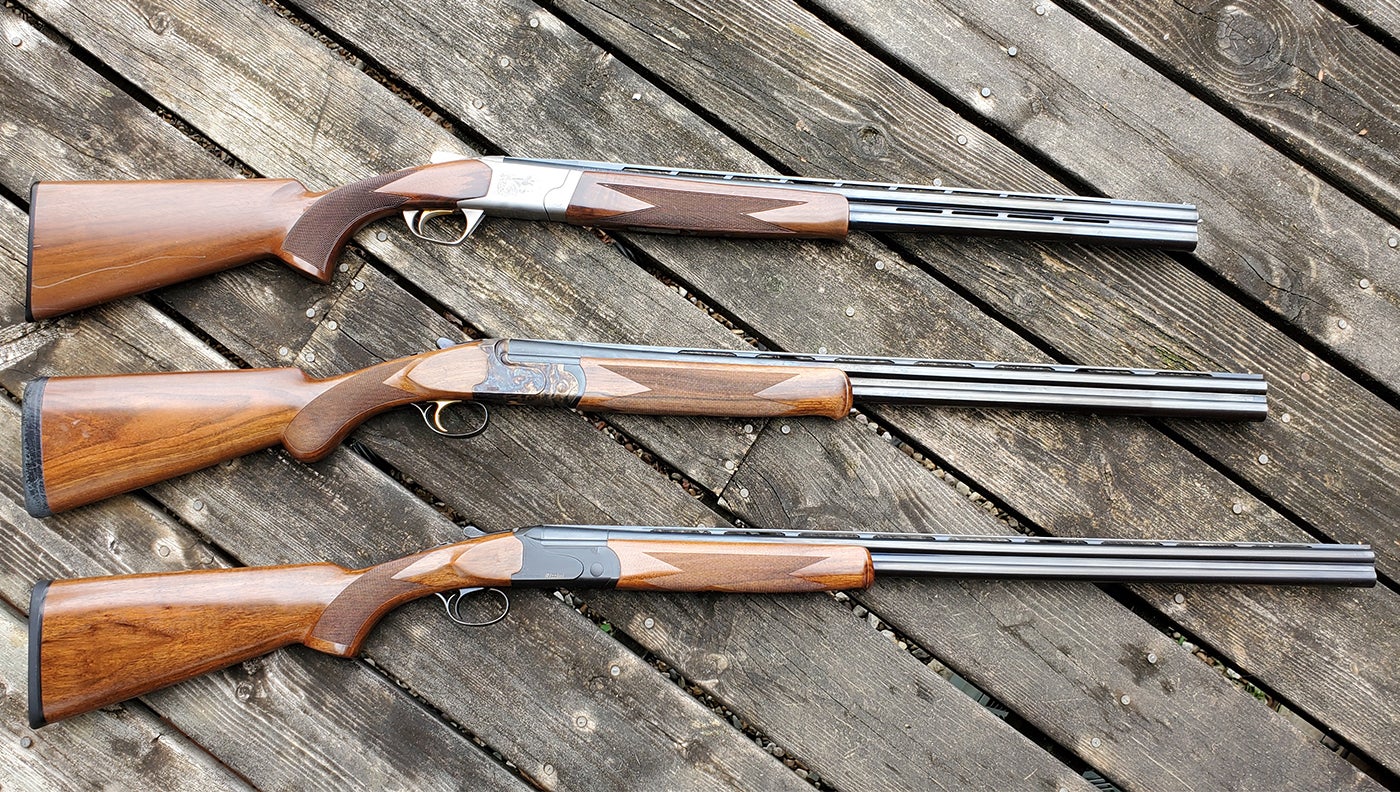 Shotguns have been made in all sorts of barrel lengths. Mossberg currently offers its new 940 turkey gun in an 18-1/2-inch-barreled version, which is as short-barreled as a full-stock shotgun can legally be. Meanwhile, a friend of mine recently bought an old Marlin pump gun made for goose hunters that has a 40-inch barrel. If nothing else, a barrel that long means you’re a foot closer to anything you’re shooting at—and that you don’t want to be holding it during an electrical storm.

Most guns have barrels in between those two extremes, of course, and you usually have a choice of lengths when you buy a new gun. It’s a consideration you should not take lightly. Barrel length affects the performance of a shotgun in several ways, some major, some minor. Here are six things you should consider when deciding the right barrel length for you next shotgun.

Velocity changes with barrel length, but not as much in shotgun barrels as it does in rifle and pistol barrels. Each inch of a rifle or pistol barrel equals—very roughly and not every time—about 30 fps, give or take. Losses or gains in velocity with shotguns are about half that, so about 10 to 15 fps per inch. Choke also affects velocity, incidentally, with Full choke producing speeds about 15 fps faster than more open chokes. Overbored barrels can increase velocity slightly, as well. All things being equal, a longer barrel will shoot slightly faster than a shorter one will. If you believe every last foot per second matters, go long.

Incidentally, the velocities listed by ammo manufacturers are shot out of 30-inch test barrels chronographed 3 feet from the muzzle. So, unless you’re shooting a 30-inch barrel, you won’t get quite the same velocity as what you see printed on the box.

Shorter barrels are louder than longer ones. A longer barrel contains the powder explosion over a greater distance and emits a smaller muzzle blast. Mossberg doesn’t call its 14-inch-barreled 12-gauge the “Shockwave” for nothing.

Also, a longer barrel is a few inches farther from your ear, so it doesn’t sound quite as loud to you. And yes, even a couple of inches of barrel length makes a difference. It also matters to the people to your right and left. A 24-inch barrel may not make you popular in the duck blind.

Barrel length isn’t the only factor affecting noise levels. Different powders can make louder or quieter reports, too, and that can matter more than a couple of inches of barrel length, but, again, all things being equal, longer is quieter.

Barrel length can affect patterning. I have been told by choke and barrel experts I trust that a 24-inch barrel patterns turkey loads better than a shorter barrel does. The extra length stabilizes the shot charge, they say. Anecdotally speaking, it took me a while to get my 20-inch-barreled Mossberg 835 to shoot almost as well as my 23-inch-barreled 870, which still beats it. It’s also true that card shooters, who play a game for money that involves shooting very tight patterns with small shot usually at modest ranges, often prefer very long barrels over 30 inches. If short barrels won, they would shoot them.

4. Longer Barrels Do Not Improve Sighting Plane (As I See It)

A lot of people, including some very good shooters, insist that longer barrels give them a longer, better sighting plane. I’ve never gotten this, and still don’t. After I mount the gun, I see no rib at all on some guns, or just a smidgen of rib on others. A couple of inches of barrel, longer or shorter, makes no difference to the sight picture I see. Sight radius matters for rifles and handguns, but not at all for a gun that is not aimed. I am calling shenanigans on sighting plane as an advantage of long barrels, in full realization that many disagree.

Short barrels are easier to carry through the brush. That is true. It’s also true short barrels are better for, say, home defense or law enforcement use, where you are likely to be inside a house and/or in danger of having someone grab the barrel. For hunting purposes, I’m not convinced it makes a big difference. I have hunted grouse and woodcock in plenty of thickets and run my gun into branches more than a few times. It’s hardly ever that last couple of inches of barrel that get me into trouble.

Where I really notice barrel length is turkey hunting. I spent about half my season hunting with a 28-inch-barreled 870, and when I was walking with the gun slung over my shoulder, I ran into a lot more branches than I am used to, as I usually hunt with much more compact guns. And, I definitely notice that once I’m sitting against a tree, a few extra inches of barrel length does put the gun in reach of more saplings and brush that might get in the way at an important time.

I should point out here that if you’re concerned about the overall length of your shotgun, you should know that pumps and semiautos average around 3 inches longer than O/Us and side by sides due to the greater length of the repeater’s receivers.

I saved the most important consideration for last. Barrel length affects a gun’s balance most of all. A longer barrel adds some weight to the front of the gun. Shorter barrels make a gun muzzle-light, causing them to feel faster when you mount them.

Short, fast barrels have their place, mostly for shooting upland birds at close range. A gun that’s quick to move can be just the thing when you’re hunting woodcock or quail, and most of the shots are close and going away without much angle. I shot a Benelli UltraLight for most of one season. A 6-pound 12-gauge with a 24-inch barrel and a carbon-fiber rib to make it even lighter. It carried easily and popped to my shoulder without effort on flushing birds. The UltraLight ran out of both magic and steam when I tried shooting longer, crossing pheasants with it, though.

Longer-barreled guns are, I think, easier to shoot well, as I generally believe that slow and steady wins the race in shotgunning. A gun with some weight in the front end swings more smoothly and steadily than does a short-barreled gun.

Certainly, barrels have grown longer over time. No one shoots skeet with a 26-inch-barreled gun anymore, and while sporting clays guns had 27- and 28-inch barrels when the game first came to the U.S., people think a gun with 30-inch barrels is short, while 32s are trendy. Twenty-eight inch barrels are standard on hunting guns now, when they used to be divided evenly between 26 and 28 inches.

Small-gauge guns benefit from longer barrels. I first learned this from the late Michael McIntosh, who had custom-ordered one of the new A.H. Foxes from Connecticut Shotgun Manufacturing. A 20-gauge with 30-inch barrels seemed very strange to me until he handed me the gun, and then it made perfect sense: A long-barreled, lightweight smallbore achieves the ideal in an upland gun because it carries like a light gun and shoots like a heavier one. The longer barrels can give a lightweight gun the right balance, so it moves and swings with some discipline and none of the flightiness of a muzzle-light gun.

My first recommendation is to consider all the factors above, try some different guns, and choose for yourself. But if you want me to make it easy for you, I can do that too. Here’s what I would get: