We put this rugged new red dot sight through its paces. Here's the lowdown 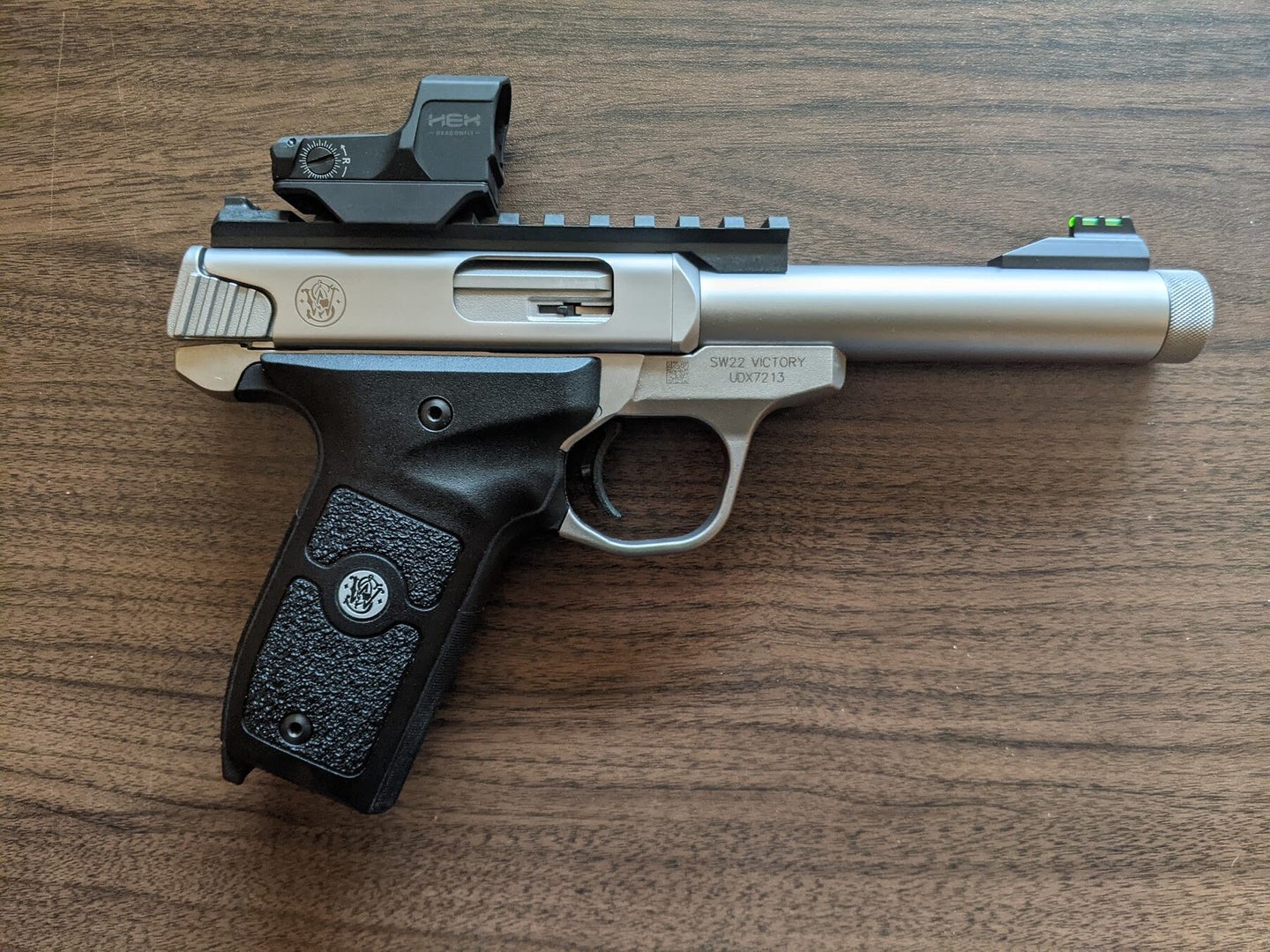 Having practically exploded onto the market in the last decade or so, red dot sights are everywhere these days. They’re on rifles, shotguns, competition handguns, and, most recently, concealed carry handguns.

While you might not think the world needs yet another red dot sight to choose from, Springfield Armory disagreed and doubled down. Instead of just releasing a line of optics, they chose to create and release a new brand of optics.

And so, HEX Optics by Springfield Armory was born.

Versatile Footprint Makes the Dragonfly at Home on a Pistol, AR, or Shotgun

The HEX Dragonfly red dot sight features a Springfield Standard footprint, or that of a Vortex Venom or Burris Fastfire; so right away, we can avoid any possible misunderstanding that this was designed solely for use on Springfield Armory guns. I ran the Dragonfly on a pistol, but it would be equally at home on an AR or a shotgun without looking silly—not too big, but not too small, either.

Included in the box was a picatinny rail mount and two wrenches, which is great since I’m always misplacing the exact size hex wrench for whatever project I’m working on. I had been looking for a red dot sight to go on my Smith & Wesson SW22 Victory rimfire pistolI, so I quickly attached the Dragonfly to the gun, and I was ready to hit the range.

The red dot in the sight is 3.5 MOA in size, which works great for fast target acquisition. With eight different brightness settings, the dot was easy to adjust to different lighting situations. The brightest setting is unmistakably bright, and the dimmest setting is still easy to pick up with your eye.

Springfield claims that the included CR2032 battery will last 100,000 hours on the lowest setting, but under normal shooting conditions, you can expect to get three years out of it. Not too bad. And if you’re like me and tend to forget to shut things off, there’s a built-in auto-off feature that kicks in after 16 hours of runtime.

Straight from the package, the dot is aligned dead center in the housing, and it only took me a couple of easy adjustment clicks to get it right where I needed it. All told, there are 160 MOA windage and elevation adjustments that you can make, 1 MOA at a time. The SW22 is a tack-driver anyway, and the Dragonfly sight made it all that much easier to transition from one target to another, ringing the steel the whole time.

The hardened, anodized finish on the aluminum body gives a nice balance of being aesthetically pleasing without being too flashy or causing any kind of visual distractions due to glare. Horizontal lines on the rear of the sight and the optic shroud are also designed to cut down on glare.

The Dragonfly optic doesn’t mind getting wet either. The unit is waterproof and can withstand up to 30 minutes submerged in water at a depth of 1 meter, or just over 3 feet. While I don’t ever anticipate needing to shoot with a red dot under 3 feet of water for half an hour, it’s nice to know that you don’t have to worry about it if you’re shooting in the rain for an extended period of time.

With almost identical physical specs to the Vortex Venom and the Burris Fastfire 2 and Fastfire 3, the HEX Dragonfly is another solid option to consider if you’re in the market for a red dot. With an MSRP of $249 and a street price around $20 or so less, it also falls into the same cost bracket as similar sights from Vortex and Burris.

There’s also a lifetime warranty on the HEX line of optics. As long as you don’t lose it or have it stolen, the company will either repair or replace the optic—at no cost to you—if it gets damaged or is defective. The electronic components are covered by a similar 5-year warranty.

When the ammo was gone and it was time to leave the range, I was a happy camper. The HEX Dragonfly performed admirably, and I have no concerns about running it on my Victory in the future. I might even throw my pistol zero to the wind and mount it on one of my ARs for my next range trip. I’m sure it’ll do great there, too.

Read Next: A Complete Guide to Riflescopes

Since Springfield Armory intends for HEX to be an entirely new brand of optics, we can only assume that the lineup will soon go beyond just the Wasp and Dragonfly. If they maintain the same quality and price point with other products as time goes on, I have no doubt these optics will be serious contenders as more of them make it onto physical and virtual store shelves and onto rifles, shotguns, and pistols.