Think lightweight shotguns get on target faster? Or that small-gauge guns kick less. Take a closer look at these misconceptions and improve your shooting in the process 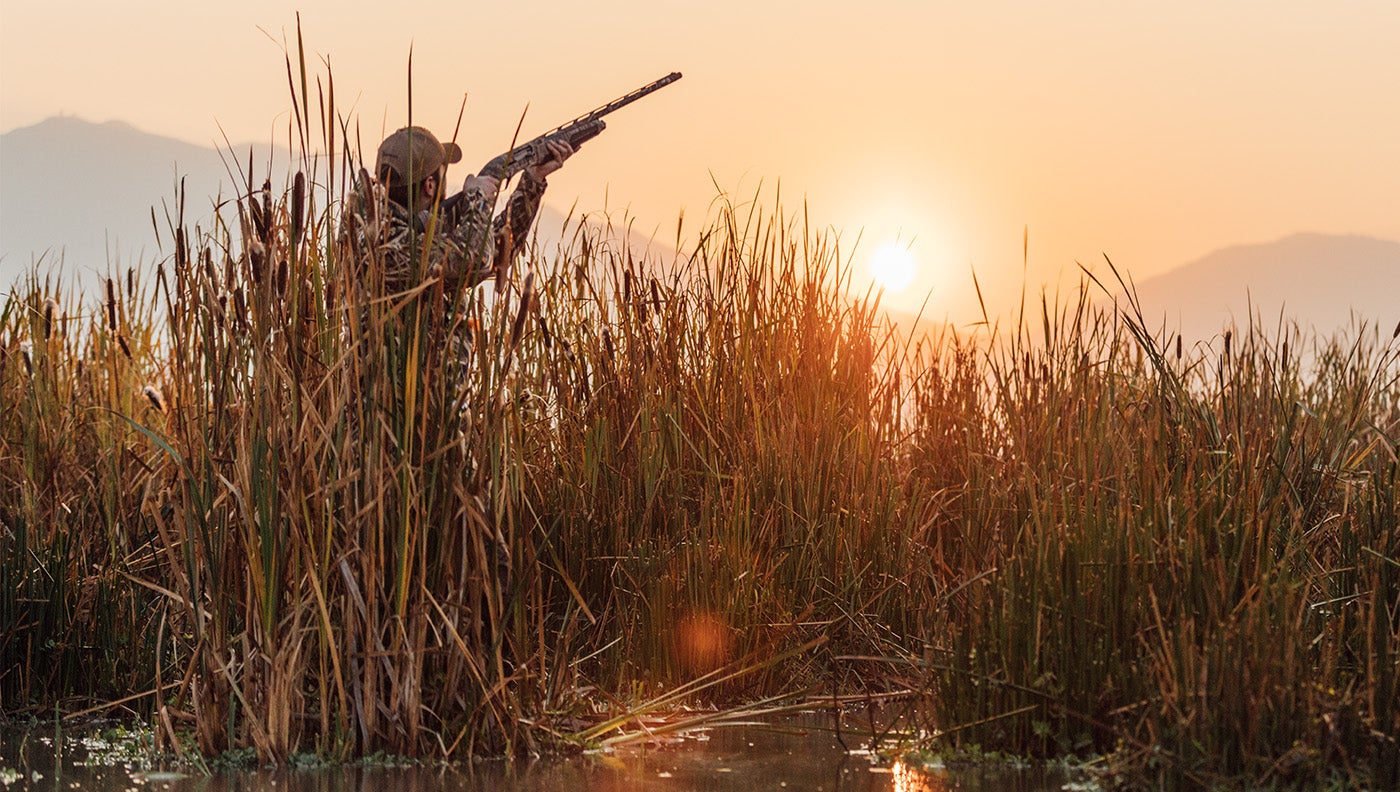 What you don't know about shotguns could be costing you in the field. Browning
SHARE

Pull the trigger of a shotgun and a bird falls from the sky. It’s magical, and like anything magical, it’s hard to explain. It’s no surprise that myths and misconceptions about shotgunning abound. Also, just because shotguns resemble rifles in that they have locks, stocks, and barrels, they are not shot in the same way. Putting a shot pattern on a moving target is much different than firing a bullet. A clearer understanding of what’s going on when you shoot a shotgun can help you become a better shot, or, at the very least, make you better informed about why you miss. Here are five shotgunning myths, and why it’s important to rid yourself of them.

Shotgunning Myth #1: Shot Strings Out of the Barrel

Shot strings do exist. The swarm of pellets flying downrange from your gun has height, width, and length. It stands to reason then that shot streams out of the muzzle of the gun like water out of a hose. But it doesn’t. A shot charge accelerates from 0-800 mph in milleseconds. Think about what happens when you stomp your car’s gas pedal. You’re pushed backward into your seat. Same thing with shot pellets, but to a much greater degree. Shot comes out of the muzzle in the same tightly packed mass as if it were still packed in the shell.

As the pellets meet air resistance, the pattern starts opening. The leading pellets do the hard work, while the pellets at the back of the shot charge draft behind them like racing cars. As air resistance works on the leading pellets, they slow down and peel off the main payload. Obviously, being slower, they fall behind, creating the shot string.

Because shot strings elongate as the shot flies downrange, they needn’t concern you for close-in shots. At normal hunting ranges of 25 to 30 yards, shot strings are short enough you don’t have to worry about them.

Even at 40 yards, a load of hard steel shot may string out 6 to 8 feet, but it’s moving so fast that you can’t assume the trailing pellets will hit a bird if you shoot too far in front. Lead or bismuth loads may string out more because lead and bismuth are easily deformed, making some of the pellets less aerodynamic, but even so, shot stringing only comes into play on long crossing shots.

Also, because people imagine shot streaming out the barrel, the myth persists that by swinging the gun quickly you can spread the shot and widen your pattern. You can’t. Remember that shot is essentially a slug as it leave the muzzle and only starts stringing and spreading downrange.

Shotgunning Myth #2: A Lighter Shotgun Gets On Target Faster

Hunters dote on light guns because they “come up quick” and are faster than heavier guns. Except they aren’t faster. A few years ago, I conducted a test in which four shooters shot five straight-away targets apiece as fast as they could from a low-gun start with three different guns: a 6¾-pound 20-gauge 870 Express, a 7½-pound 12-gauge 870, and the same 12-gauge 870 with 15 ounces of weight added to the stock and magazine cap.

The “fast” 20-gauge averaged .98 seconds from the release of the target to the shot, and our testers hit 63 percent of the shots. The 7½-pound 12-gauge average .91 seconds, and we hit 72 percent of the targets. After we added 15 ounces of weight the same 12, we averaged .77 seconds and scored 71 percent hits. The heavier the gun, the easier it was to shoot it quickly and hit the target.

Light guns are good for one thing: carrying. If you’re an upland hunter who walks for miles in a day, or if you have to fight through cover with one hand while toting the gun in the other, you want a light shotgun.  You can argue, as many do, that your arms are fresher at the end of the day when you find the sundown covey. But if you want to be the fastest shot in the duck blind, or if you’re looking at target guns, remember that heavier guns are actually quicker and easier to get on target.

Shotgunning Myth #3: The Right Shotgun and Load Will Produce an Even Pattern

The so-called “even” pattern is a mythical creature, if by “even” you mean a pattern that covers every square inch of a 30-inch circle. Patterns are distributed in a rough battleship curve, with the center being the densest part. And because the pellets strike randomly, there is no pattern that covers a target evenly. There will be gaps and clumps of pellets in any pattern. Since no two patterns are alike, you can’t shoot one and assume the next will have holes and clumps in the same spot.

Adjust your expectations when you pattern your gun. That dense pattern core is a good thing; it’s the part of the pattern that kills birds dead in the air and crushes targets. Look for a pattern with good density in the inner ring (about a 20 inch circle) and fairly good coverage in the outer ring (from 20 to 30 inches). There will be some gaps in it, and if you think there are too many, try a different choke or load. Generally speaking, smaller shot and/or more open chokes are the answer for patterns that are too dense in the center and don’t give you those margin-for-error pellets in the fringe. If a pattern has holes all over, you might try bigger shot or a tighter choke.

Shotgunning Myth #4: Beads Are for Aiming

People assume, naturally, that the bead on the end of their shotgun to be uses for aiming. Why would it be there at all if not for “drawing a bead” on something? But that’s not what it’s for. The biggest difference between shooting a shotgun and a rifle or a handgun is that in shotgun shooting you look at the target, not the front sight. The bead is simply there for reference.

Stopping or slowing your swing is one of the main causes of misses with a shotgun, especially on crossing targets. Looking at the bead of the shotgun makes the gun stop. I don’t know why, but it does. When someone is trying to be helpful at the gun club by telling you “Don’t stop your swing,” what they should be saying is, “Look at the target.”

The bead is there to help you keep track of the muzzle in your peripheral vision. Choose your bead accordingly. Some top sporting clays shooters either remove the bead from their gun or they put the smaller middle bead on the muzzle. Some people like bright fiber-optic beads because they make it easy for them to know where the muzzle is without pulling their eye off the target to look for it. In games like trap, shot with a premounted gun, you can line up or stack the front and middle beads before calling for the bird so you know you’re holding the gun properly, but once that target is in the air, it demands all of your visual attention.

Gauge has nothing to do with recoil. Recoil is a function of three things only: ejecta (shot, wad, powder) weight, ejecta velocity, and gun weight. It is true that small-gauge guns tend to shoot lighter, slower loads, which don’t recoil as much, but that’s because the payloads are lighter and slower not because they are coming out of a smaller bore. By the same token, small-gauge guns are lighter, meaning they will kick more than a heavier gun shooting the same load.

New shooters believe 12s are cannons. They can find them intimidating. In fact, a sensibly loaded 12-gauge, especially a gas-operated semiauto, is one of the very best guns to start shooting with if the shooter is strong enough to handle the extra weight. No one likes to get beaten up when they shoot, and some lightweight 20-gauges (Mossberg 500 Youth gun or any 20-gauge single shot, I’m looking at you) have surprisingly sharp recoil.