From the .35 SuperMann to the 9.3 BS, these six wildcat cartridges were too strange, impractical, or obscure to take off 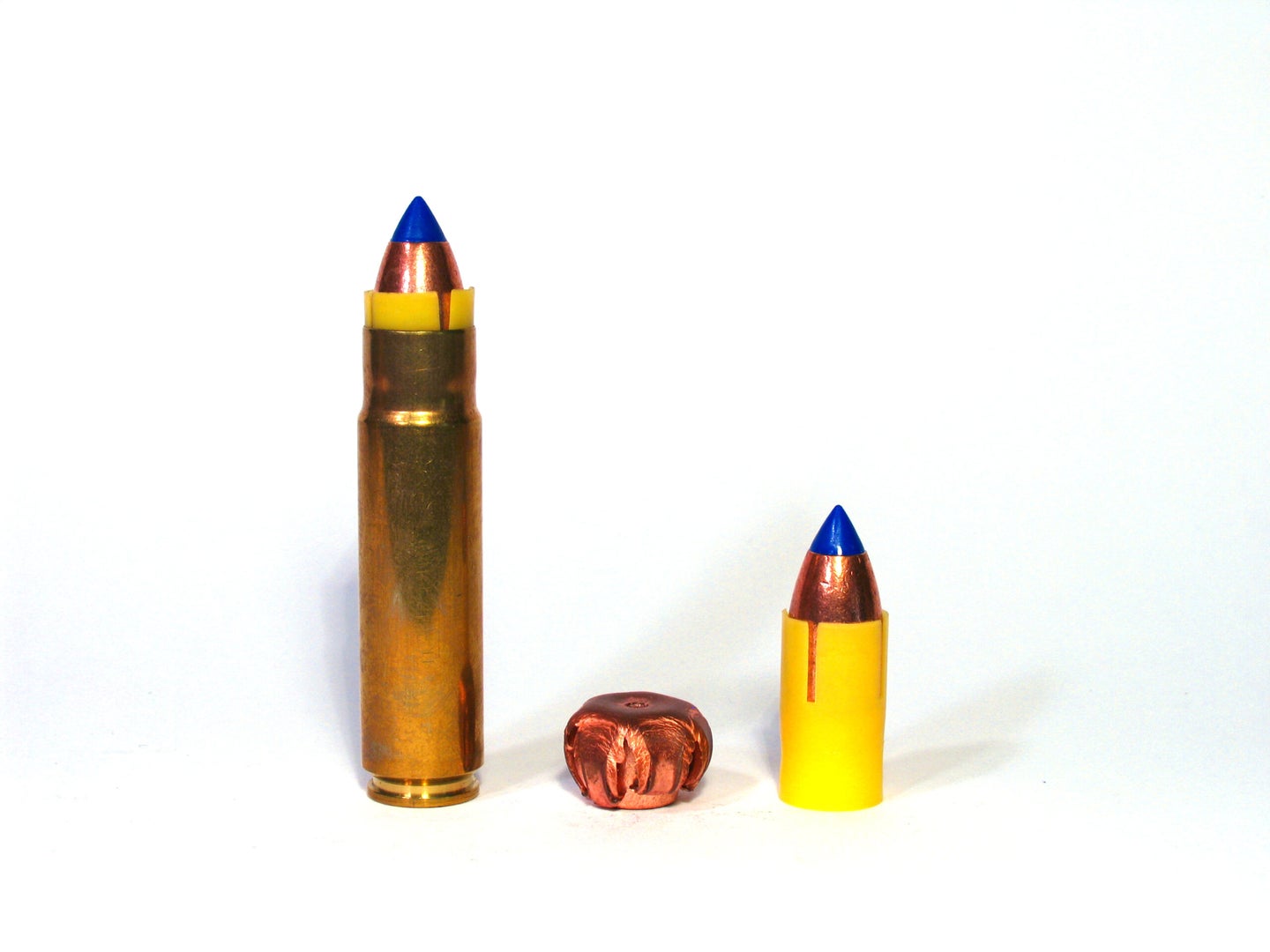 You want weird? How about a .50-caliber wildcat that will fire saboted 0.452-caliber bullets?. Richard Mann
SHARE

There are a lot of famous wildcat cartridges, like as the .257 Roberts, the .35 Whelen, and the .300 Whisper, which became the .300 Blackout. They were all created to address certain ballistic needs, and some were so successful that they ultimately became approved by the Sporting Arms and Ammunition Manufacture’s Association (SAAMI) and went on to become legends. But most wildcat cartridges never achieve any popularity. This is mostly because the only person who cared about the ballistic need they addressed was the person who created them. Here are five wildcats you’ve probably never heard of, and probably never will again. They didn’t take off because, well, they’re a little weird. And while there’s really nothing wrong with any of them—no one really wanted them either.

Avid shooter and long-time Sierra Bullets employee Carroll Pilant created this cartridge. Unlike most wildcats, which are conceived to solve some shooter’s ballistic conundrum, the .17-32 Magnum came about because Pilant was trying to figure out what to do with more than 1,000 empty .32 H&R Magnum cartridge cases. Pilant says it came to him in the middle of the night, but he’s not sure whether it was a dream or a nightmare. He decided to neck the pistol cartridge cases down to .17-caliber and chamber a Ruger #3 single-shot rifle to fire them. Pushing a 20-grain bullet to about 3300 fps, ballistically it falls between the .17 HMR and the 17 Hornet. Unless like Pilant you have hordes of .32 H&R Magnum cases lying around, or are bored beyond belief, this cartridge is a waste of time.

PDK stands for “Prairie Dog Killer,” and this cartridge was the brainchild of Illinois wildcatter Roy Winnett and benchrest shooter John Hutchins. The parent case for the is the 6.8 SPC and the cartridge will work in either a bolt-action rifle or an AR-15. Though offering no practical advantage over a .22-250 Remington in a bolt-action, it is a lightning rod in an MSR. This speedily little creation will push 50-grain bullets to 3800 fps. It was such a good idea that Nosler copied the .22 PDK when they introduced the 22 Nosler, but Nosler was smarter and reduced the rim diameter to that of a .223 Remington for more universal MSR compatibility. Everyone has heard of the 22 Nosler; no one has heard of the 22 PDK and likely never will again.

Developed by Marty Ter Weeme, founder of Teppo Jutsu L.L.C., who also developed the .458 SOCOM, this cartridge was intended to offer broad spectrum application, but was primarily designed to deliver heavy, high-ballistic-coefficient bullets, at extended distance. It was also intended to work with subsonic and supersonic loads. It too is based on the 6.8 SPC case, but here the case has been necked up to .338-caliber. Weeme protects the exact dimension of the cartridge case so others will not duplicate it; measurements shown are estimates. Given the lack of .338-caliber bullets that will expand at the cartridge’s slow velocities, its likely no one really cares or wants to duplicate it. Especially since the .300 Blackout is so readily available.

Created partly to make fun of ridiculous wildcat cartridges, the 9.3 BS’s name has double meaning. First, it represents the last names of its inventors, gun writer John Barsness and gunsmith Charlie Sisk. Second, well, that should be obvious; it pokes fun that all those creating BS wildcat cartridges. Practically however, it is a perfectly effective worldwide big-game cartridge. By necking a .350 Remington Magnum case up to 9.3mm, it’s inventors essentially created a short-action version of the famous 9.3x62mm Mauser cartridge, which has been used to take everything on the planet. It will push a 286-grain Nosler Partition bullet to a velocity of 2460 fps, generating 3842 foot-pounds of energy. While the name might denote some BS, the cartridge’s performance is no joke.

Developed by West Virginian wildcatter Michael Cyrus, who now works for Lehigh Defense, the .500 Cyrus is a true 0.500-caliber cartridge. It will fit in an action sized for a .308 Winchester but will duplicate 470 Nitro performance! Because it is a true .50-caliber, it is also compatible with pistol bullets for the .500 Smith & Wesson Magnum, and you can even load smaller-caliber saboted bullets like you would in a .50-caliber muzzleloader. Cyrus took a .416 Rigby case, turned the rim from 0.586 to 0.531, and then shortened the case and necked it up to 0.50-caliber. It will launch a 325-grain bullet at a sizzling 2720 fps and with a 500-grain bullet it will generate nearly 6000 foot-pounds of energy. It is a very odd but versatile cartridge, and it will cross your eyes and make them water every time you pull the trigger.