What Is a Truck Gun: The Mini-Cooper

This small-bore scout rifle is the author's constant companion 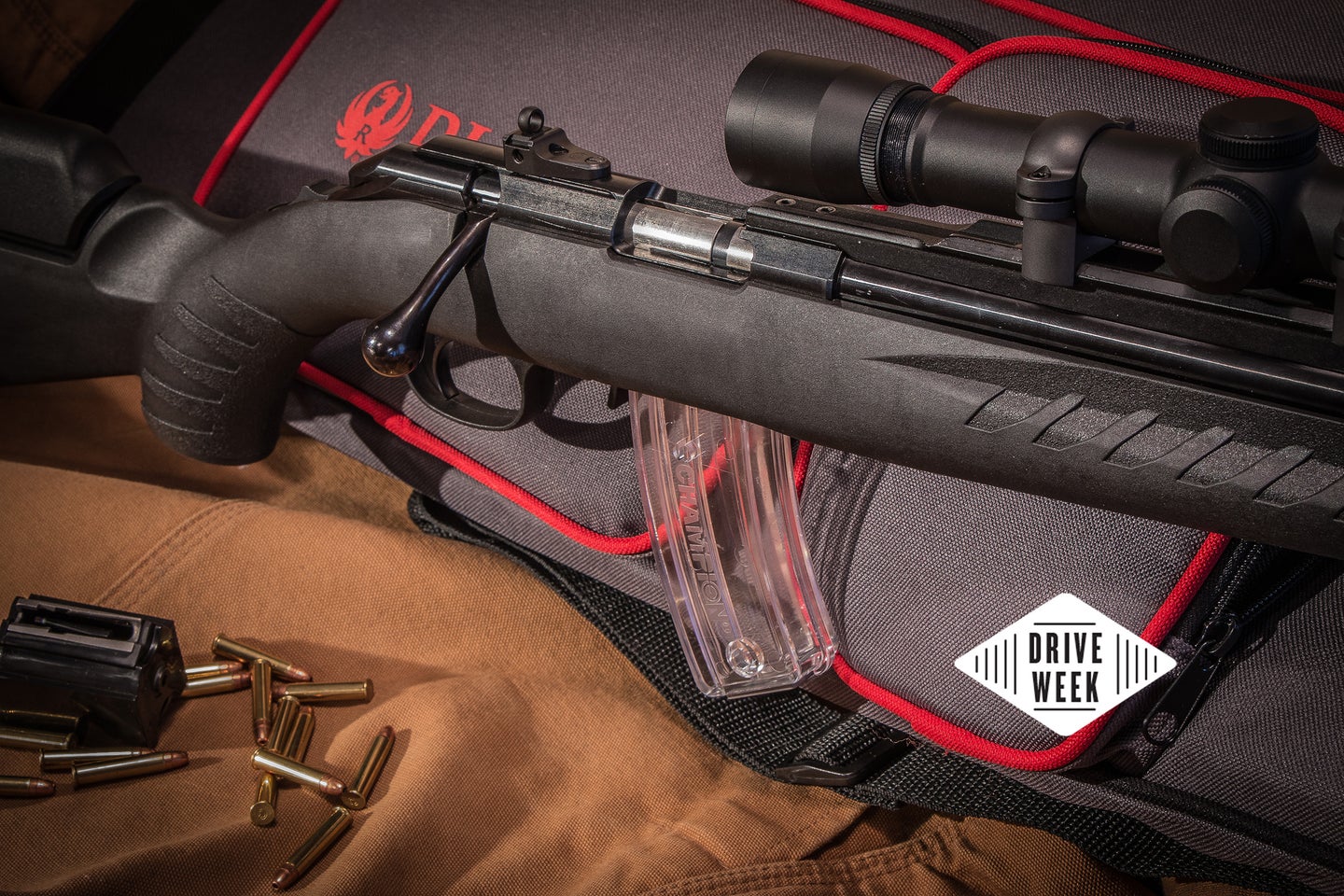 Given the most practical needs of a hunter in West Virginia, as well as much of America, a compact 22 Magnum bolt-action rifle can make an ideal truck gun. Richard Mann
SHARE

What Is a Truck Gun: The Mini-Cooper

The term truck gun has evolved from a lever-action .30-30 in a rear window rack, to a host of specialized firearms designed to deal with everything from predators on the prairie to bad guys who don’t have your best interests at heart. Unless you make your living getting into gunfights or shooting coyotes on a ranch, your truck gun should be more suited to general-purpose tasks as opposed to specialized ones. A truck gun for a hunter should be appropriate for the geographic area they live in, while also being at least moderately suitable for self-defense.

Though he did not refer to his concept of a general-purpose rifle as a truck gun, Jeff Cooper did intend for his light and compact Scout Rifle to answer almost any question that could be asked of a rifle. A Scout Rifle seems like an ideal blueprint for a truck gun, but unless you’re commonly shooting big game off the side of the road, a .308 Winchester might be a bit much for most outdoorsmen.

When I began visualizing my truck gun, I thought about what I might most likely use it for as a hunter. The hills and farm country I frequent in West Virginia demanded something capable for plinking and small game. It needed to be suitable for sniping groundhogs, impromptu squirrel hunts, shooting crows, calling fox, and even to dispatch a deer I might hit on the road. In the worst-case, it should also be something I could use—in addition to my concealed carry handgun—for protection from two-legged predators. A truck gun should pass the three-F test: It should provide fun, deliver food, and be at least moderately capable for fighting if necessary.

For me, and most hunters across America, the .22 Magnum seemed to be a practical answer. No, it’s not a cartridge to bring to a gunfight, but with well-placed rounds, it will stop one. However, for fun and food, it provides trigger pulling at an affordable price and will deal with most critters in most locations. Circumstances will vary of course. A friend of mine in Kodiak, Alaska keeps a .45-70 in his truck because big bears are his most probable encounter. Similarly, flatlanders may need more reach than a .22 Magnum can provide.

I built my truck gun on a Compact Ruger American in .22 Magnum. It’s short enough to easily drag out from behind the truck seat, accurate enough to poke a coyote in the eye at 100 yards, and powerful enough to dispatch an injured deer or change a bad guy’s mind. In Scout Rifle fashion, I fitted it with an aperture sight and a scout scope. This gives me two sighting options as the need dictates and a back-up sight in case of scope damage. I also took advantage of the hollow buttstock and packed it with survival items like a fire starter and a sharp blade. I keep several 25-round magazines with it, just in case.

Obviously, depending on your needs, wants, and desires, some other type of truck gun might better suit you. For those with a love for upland game, a compact and versatile shotgun would be a better option. Others, living in feral-hog-infested locals would obviously want something with more punch. Regardless, a real truck gun is not just a gun that lives in your truck; it’s a well-thought-out solution to a lot of potential problems. And, if you’re thinking like you should be, it’s not an heirloom or expensive firearm you couldn’t bear to lose. Over 700,000 vehicles were stolen in 2019, and nearly two million automobiles were burglarized.

Read Next: The 4 Best Truck Guns For Survival, Protection, and General Use

Paying Homage to its Scout Rifle linage, I call my modified American Rimfire the Mini-Cooper. I’m well pleased with it as a truck gun, and it’s earned its keep. But I must admit, there’s still a .30-30 lever gun behind my truck seat as well. Some hillbilly habits are just impossible to shake free. —Richard Mann