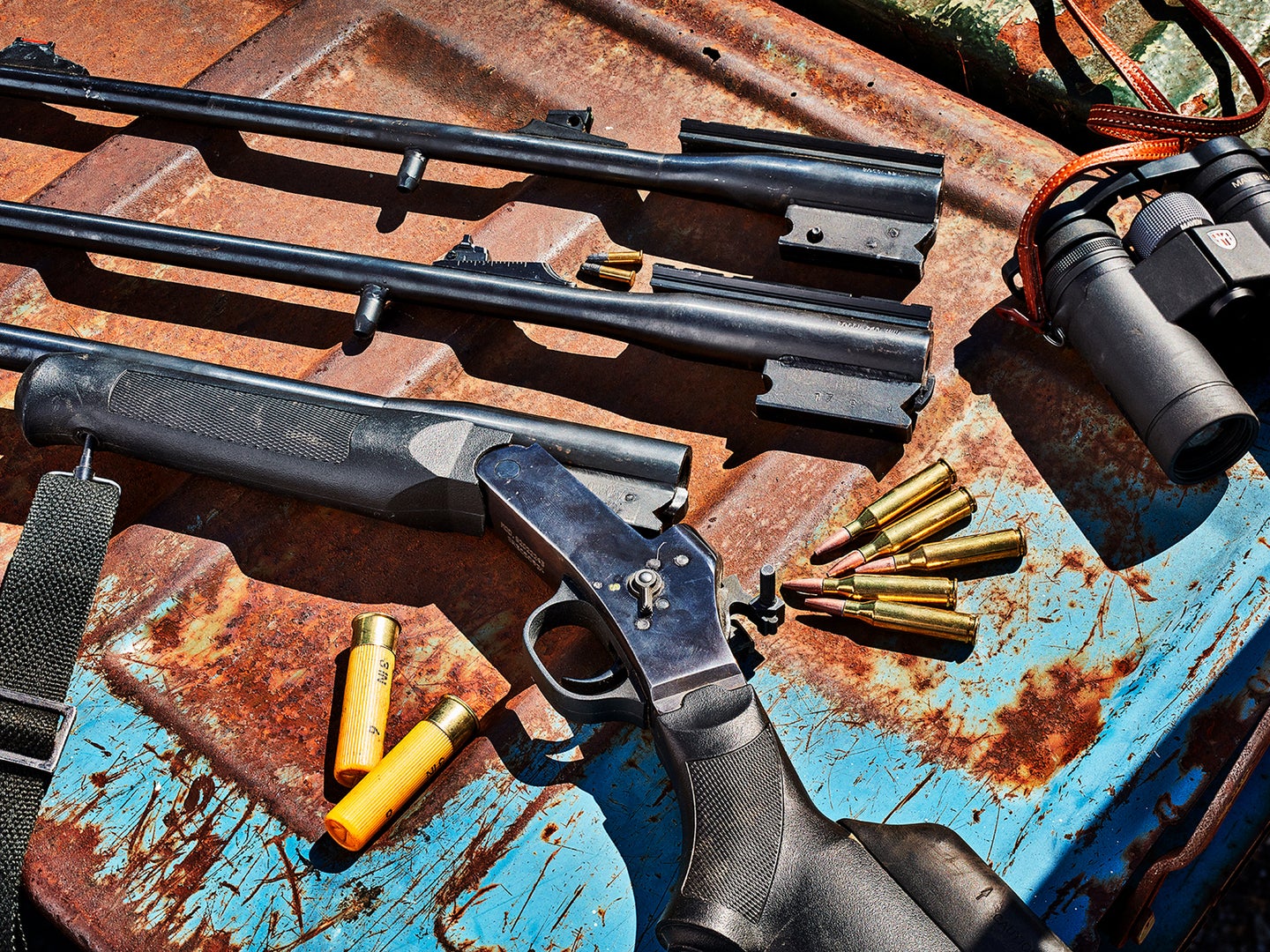 For the author's daughter, the Rossi was the answer. Jarren Vink

My Truck Gun: The Answer

When all hope of teaching his daughter to shoot seemed lost, a basic break-open single-shot came to the author’s rescue

WHEN MY DAUGHTER was first learning to shoot, she faced a challenge. She is, by most measures, a left-handed person. But we didn’t own any left-handed rifles and couldn’t really afford to buy one. She shot our old Remington Gamemaster pump .22 pretty well, even though the spent cartridges flew across her line of sight as they were ejected. Shooting the family deer rifle, a Remington Model Seven in 7mm-08, was another story. We shot at paper, we shot at balloons, we shot at steel. She missed a lot.

There seemed to be no consistent reason for success or failure. She got frustrated and didn’t want to go with me to the range. I practiced every kind of patience I could muster. I encouraged, cajoled, hugged, never once berated. This was a crucial battle. It had to be won.

I discussed this with an old friend from Mississippi, and he sent us a Rossi Trifecta, a basic external-hammer single-shot with three barrels—a .22, a .243, and a 20-gauge shotgun. Along with the gun, he sent a Burris red-dot sight, which was easy to mount on the .22 barrel, and my oh my, how that little single-shot rimfire would print.

My daughter and I took a long hike, shooting the Rossi as we went. We threw some dry cow pies out on a barely iced-over pothole and shot them to pieces. With the red dot, she could see the disparity between where she was aiming and where she was hitting. She switched to a right-handed stance, using her right eye to aim, and the hits immediately became consistent. With the break-open single-shot, there was nothing to manipulate, no bolt to run. There was only the happy Zen of the stance, the aim, the trigger squeeze, and the gratifying strike of the bullet hitting exactly where she aimed. She became a shooter that day.

When her first deer season came, she graduated to the family Model Seven, as my son did, and my nephew did, and as I hope my grandchildren will. She learned to run the bolt with her right hand, and we’ve since had adventures that I’ll remember with a smile in my final earthly moments.