Video: Why the Wilson Combat SFX9 is the Best Centerfire Handgun of 2022 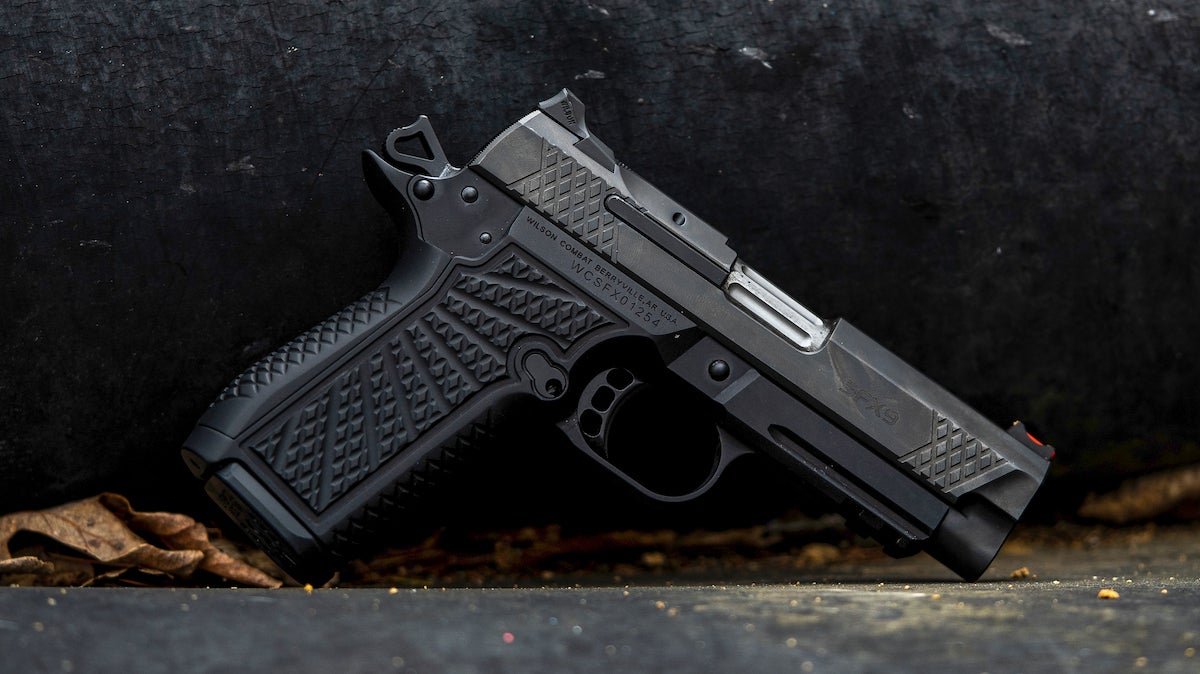 It was no real surprise to any involved in the 2022 F&S Handgun Test that the new SFX9 from Wilson Combat took the Editor’s Pick award. But, $2,995 is a lot of money to spend on a gun. Of course, shooters seem to think nothing of dropping that kind of cash on a precision long-range or semi-custom rifle. The primary difference is that the fundamental purpose of those rifles is entertainment. The reason for buying an SFX9 or any self-defense handgun would be to save your life.

That’s a hard thing to value. The question is, what should you expect from a self-defense handgun that costs nearly three grand? Well, for starters, you would expect reliability. You would also expect precision, and that the gun shoot to point of aim, right out of the box. But shooter interface is just as important. And finally, durability and service matter too. So, to help you understand why the SFX9 was the highest-scoring handgun in our test, that’s how we’ll look at it.

The SFX9 is an Extremely Reliable Handgun

Torture testing firearms—shooting them without cleaning or lubrication—is an Internet trend. In reality, it’s not practical. Would you test a new pickup truck without periodical service and lubrication? Only if you’re a fool. However, somewhat negligently, that’s what we did with the SFX9. I’d conducted an extensive review of the sample pistol prior to our formalized test, to see if I liked it better than my Wilson Combat EDC X9.

The SFX9 had 400 rounds through it and hadn’t been cleaned or lubed before our test started. We experienced two failures at about the 450-round mark of the test. That means the gun was failure-free for 800 rounds. We oiled the pistol a bit and pushed another 200 rounds through it without fail. Like all 1911-styled handguns, the SFX9 should receive some lube and/or cleaning at about the 300 to 400 round mark.

How We Tested the SFX9 For Precision

From a sandbag-supported rest at 10 yards, we tested two loads in the SFX9. The first was a 115-grain FMJ load and the second was the 124-grain Federal HST load. We fired three, five-shot groups with each load, and the average for all six groups was 1.27 inches. That’s plenty of precision for a defensive handgun. The gun was outfitted with a fiber-optic front sight and a rear sight that’s only drift-adjustable for windage. The point of aim/point of impact was perfect right out of the box.

The SFX9 meshed very well with the many different shooters in our test. It has no sharp edges. The slide works with ease and unmatched smoothness. The manual thumb safety and magazine release are optimal in size and easy to manipulate—yet not so easy that they can be accidentally engaged. And the trigger is wonderfully comfortable, impeccably crisp, and has an uncommonly short reset. There is a perfect amount of light on each side of the front sight, and that seemed to make sight alignment intuitive and blisteringly fast. And at about 30 ounces, the pistol was extremely soft-shooting; hammering targets was easy.

A good personal protection pistol must carry comfortably and the SFX9 does this well, especially for a 4-inch barreled, 15-shot handgun. It could easily be concealed with an IWB holster and an untucked shirt. The grip isn’t so large as to cause printing, and while the X-Tac style texturing provides a sturdy grip in the hand, there’s no sharp checking to hang on clothing while the gun is holstered. Also, the SFX9 has an under-barrel accessory rail.

What Sets the SFX9 Apart

Yes, the SFX9 looks like a 1911 but it’s different. Like its predecessor—the EDC X9—the SFX9 doesn’t have a grip safety. Instead, the back-strap—which on a 1911 is commonly referred to as a mainspring housing—is one piece from the base all the way up to and through the tang. Like with the Browning HiPower, this greatly enhances the feel of the pistol in your hand. Also, the SFX9 doesn’t have removable scales. The SF in the model designation stands for “solid frame.” Unlike the EDC X9 and 1911 handguns, the grip on the SFX9 is solid, slab-sided, and feels very Glock-like.

Is It Worth the Money?

Performance is what you want to pay for. Could a lesser gun save your life? For sure. Could a lesser gun do it as well? Maybe not. We tested 13 self-defense handguns and exposed them all to repetitive runs on the same drills. None performed as well as the SFX9, period. And the SFX9 was one of the first handguns we tested. (We got faster and shot better on the drills as we progressed through testing.)

But performance extends beyond the target. With a gun that’s comfortable to shoot, you’ll shoot more. The more you shoot, the more proficient you’ll become. By the same token, a gun that carries well, is one you’ll carry more, and a self-defense gun you don’t have with you is about as useful as painted toenails on a bird dog.

When you pick up this pistol you’ll think it is marvelous. When you shoot it, you’ll know that your first impression was spot on. This gun will last you the rest of your life and might even save it. How much is that worth?