There’s nothing new about heavy .22-caliber bullets shot from fast-twist barrels. It just took us a while to accept the idea 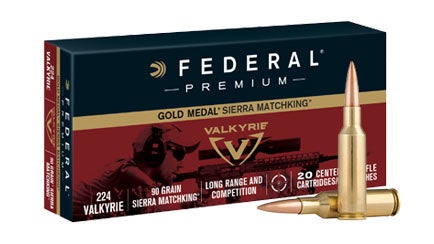 Back in 1965, I worked for a little magazine called Guns and Hunting. We got most of our material from a stable of regulars such as Larry Koller, Harold L. Peterson (who was not only an expert on the history of firearms, but on the history of burlesque), and Larry Sterrett, but also freelancers, some of whom were good.

And so, one day, we got a manuscript from a fellow named Jim Carmichel, not Carmichael, who worked for the Tennessee Wildlife Resources Agency doing P.R., and was looking to get into the gun writing business. At that time, Tennessee was prime groundhog country, and Mr. C was a fanatic groundhog hunter.

His piece was about a revolutionary cartridge that was without peer in the world of long-range groundhoggery. It was called the .224 Clark, and was the brainchild of a gunsmith in Madera, California, named Kenneth E. Clark. His cartridge was a .257 Roberts necked down to .224. It fired Clark’s own 80- and 82-grain bullets at 3,400 fps, and would badly outrange the .22/250 and .220 Swift.

According to Mr. Carmichel, the idea worked, but there were problems. Everyone knew that the correct bullet weights for a .22 centerfire were 50 and 55 grains, with a brief excursion to 48 grains for the .220 Swift factory load, and 63 grains, in case you were really weird, and that the correct rate of rifling twist was 1-14. And that was that. No exceptions, no arguments.

And so the quickest rate of twist you could find in a .22 barrel was 1-9—and you’d have a damned hard time finding that—when what was needed for the .224 Clark was 1-8 or 1-7. On top of that, no one except Kenneth Clark made .22 bullets of 80 or 80-plus grains, and his were double-jacketed to stand up to the stress of quick-twist rifling.

So while the theory was sound, the problems seemed overwhelming, and the gun industry ignored the whole thing until the convergence of the AR craze and the long-range-shooting craze. Now, if you shoot anything lighter than 77 grains in your 5.56mm, you are hopelessly obsolete, and the new .224 terrors, the Valkyrie and the .22 Nosler, shoot 90- and 85-grain bullets, and of course, 1-7 barrels are everywhere. In fact, there are ranges where, if you want to shoot at 500 yards or farther, you can’t use bullets lighter than 77 grains.

I think this is all very nice, and I’m waiting to see someone revive the Gyrojet pistol. And, I understand that Jim Carmichel had a long and successful career as a gun writer, and is now retired.