10 No B.S. Tips for Hunting the High Country 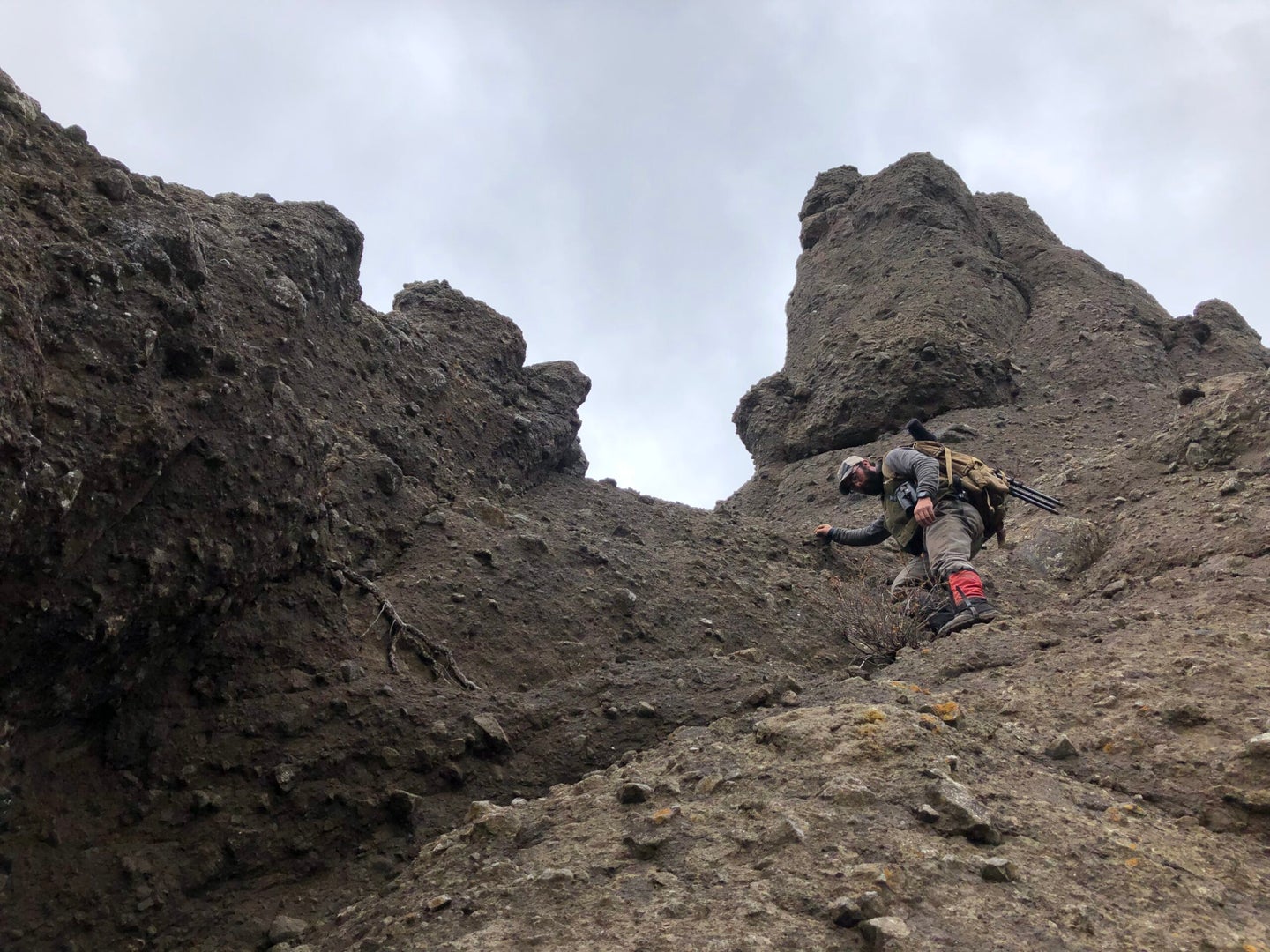 If you want to hunt in higher altitudes, get in shape and drink lots of water. Matthew Every
SHARE

“I will lift up mine eyes unto the hills, whence cometh my salvation…”—Psalm 121

“Mountain hunts? Do them when you’re young.”—Bob Johnson, a friend of mine, now deceased, who took all 28 Boone and Crockett big-game species

While watching the History Channel and waiting for The End, I was struck by the comment of a soldier who served in the 10th Mountain Division during World War II. When the division was being formed and was in training in Colorado, he said, it took his fellow soldiers three months to get used to carrying heavy loads at high altitudes. Considering that the 10th was formed from already-qualified people (In its earliest days, you had to have a letter of recommendation to join, and this during wartime!), it makes you wonder how heavy the loads were, and where the hell they carried them.

I was intrigued because I’ve done considerable hunting at high altitude, so here are some helpful hints on the subject.

1. Don’t assume that simply because you’re young you’ll be able to hack it.

My first high-up hunt (between 5,000 and 7,500 feet) took place when I was only 31, four years out of the Army, but 30 pounds overweight, and what would prove to be the worst shape of my life. I damn near died. Jim Carmichel was on a hunt at really high altitude in South America where one of the party died from its effects. He was in his 20s. The deceased developed either HACE or HAPE, and was warned to go down right away, didn’t, and died. The crowning touch is, he was a medical student. John Wayne is supposed to have said that life is tough, and even tougher when you’re stupid.

2. On the other hand, even if you’re in middle age, you can still manage if you’ve kept in shape.

An outfitter friend of mine who guides elk hunts says that the 50- somethings who have had experience in the mountains do better than the 30-somethings who sit weeping in their tents because they’ve lost their cellphone connections. The old guys are used to suffering, so it doesn’t bother them.

If you’re middle-aged, and you let yourself get out of shape in the off-season, you’ll suffer greatly trying to get back in, and you may not be able to do it at all.

By “old” I mean much over 60. Maybe you can make it for a day, but you can’t recuperate in time for the next day. Or the next ten. There may be exceptions to this rule, but they are rare. Bob Johnson’s (see above) last hunt was for caribou in Alaska. He was well into his 70s and found that he could no longer walk or shoot. Furious at himself, he refused to go out and add to his dishonor.

4. Your weight is not terrifically important.

I’ve hunted at 168 pounds, and at 198, and at 215, and it didn’t seem to make much difference as long as I had worked out beforehand. I’ve met at least one guide in Alaska (where they seem to have a great many very heavy people) who was shaped like a cannonball, and could walk your ass off. I once asked a mountain climber who had scaled Everest if he lost weight as part of his conditioning. Just the opposite, he said. His team lifted weights and ate like pigs. Once they got on the mountain, the weight fell away, and the extra poundage they had packed on kept them from becoming emaciated.

5. No matter what kind of shape you’re in, you’re not going to be able to keep up with someone who lives there and does it all the time.

I’ve said this before and I’ll say it again because you’re certain to run into it. A great many guides are half-witted kids, hired by the outfitter, who think it’s great sport to walk a pilgrim into the ground. Years ago, a friend and I were on an elk hunt in Colorado at high altitude. He had suffered a very bad heart attack years before, and turned a medium shade of green from the lack of oxygen and keeping up with the dimwit who had been assigned to him. He was too proud to say “slow down,” so I took his guide aside and had a brief discussion with him about my friend’s medical history and what would happen if he died on the mountain.

6. How important is rifle weight?

Very, but not for the reason you think. If it were simply a matter of carrying 10 or 12 pounds upward, you could do it if you were in shape. However, in much high-altitude climbing, keeping your balance is a constant struggle, and a rifle that weighs a lot will constantly be yanking you this way and that. At the end of the day, it will wear you out.

Warren Page said that the maximum weight for a mountain rifle is 8 pounds, scope, sling and ammo included, and that still seems about right.

7. Of how much use is running to get in shape for the mountains?

From what I’ve seen, very little. I know only one really proficient mountain hunter who runs as a regular thing. Where, up in those peaks, are you going to run after anything? What’s most useful is stair climbing, followed by bicycle riding.

Instead, it behooves you to learn what the late Sam Curtis called “the plod,” the exaggeratedly slow, steady pace kept by experienced mountaineers. Using the plod, you very seldom have to stop, and you’ll have the satisfaction of passing your faster-paced pals who are sitting by the trailside, thigh muscles on fire, seeing stars, and gasping for air.

9. The time to shed your heavy clothes is before you start to climb.

Take it all off—gloves, hat, scarf—and open your coat. If you feel like you’re about to go hypothermic, don’t worry. In a quarter of a mile, you’ll be glowing like a furnace. If you sweat, you freeze. That’s the way it works.

Read Next: The 7 Toughest Hunters I’ve Ever Known

The final word on this subject is the Borden Institute Monograph Series publication “Water Requirements and Soldier Hydration.” Borden’s research shows that strenuous activity in cold at high altitude can require up to 7.6 liters of water per day. That’s 8 quarts. That’s a lot of water, and a quart of water weighs 2 pounds, and 16 pounds of water is a lot to carry. I think Borden assumes that there will be a Lyster bag somewhere, or whatever the Army uses now.

In any event, carry a couple of quarts of water, which is reasonable, and consume them. Or you can stick a can of energy drink in your pack, and let it go at that. Eventually, you may go hypothermic, and they’ll find your bones in the spring when the snow has melted.