The Susquehanna is one massive river running essentially through the heart of the massive state of Pennsylvania. While it’s a... 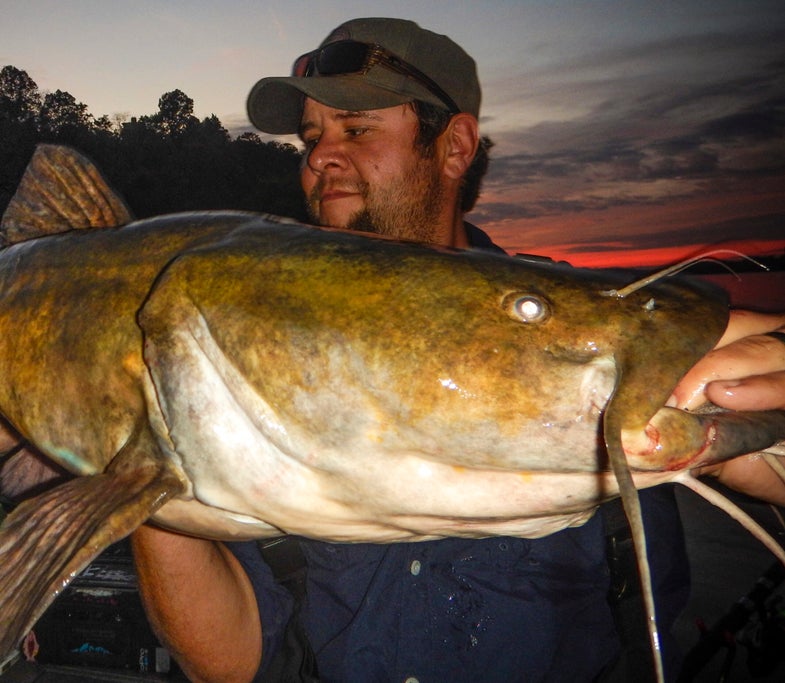 The Susquehanna is one massive river running essentially through the heart of the massive state of Pennsylvania. While it’s a renowned smallmouth Mecca, there’s another bronze fish swimming in its currents that’s growing in popularity. Although the Susquehanna’s flathead catfish population is technically invasive, every season more and more anglers are targeting these brutes, which routinely top the 40-pound mark in the lower section of the “Susky.” Catfish guide Joe Gunter is arguably the most obsessed, dedicated, and dialed flathead angler in the Harrisburg area, and there’s no time he’d rather be on the river than in fall. When he called Hook Shots host Joe Cermele and told him to come out around Halloween if he wanted to “fill the deck with giant catfish,” there was no hesitation. Although Hook Shots has chased “flatties” in Philly and Pittsburgh, this trip to the middle ground of Pennsylvania proved to be as intense and epic as Gunter promised. To book Gunter, visit Hookedoncatfishing.com.