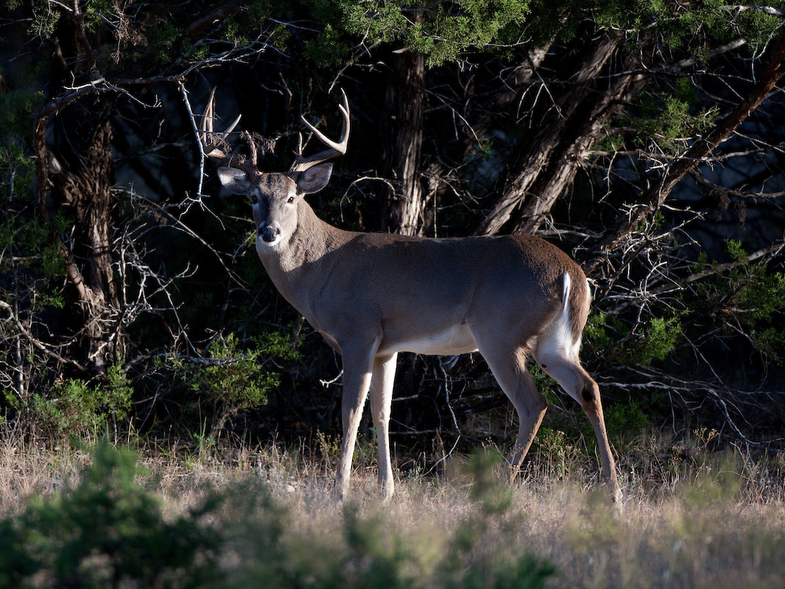 Greg Badgett, owner of Double B Outfitters summed up hunting conditions in The Lone Star State right now. “H-O-T. Temps have been in the low to mid-90s here for awhile, and it’s affected deer movement,” he says. “It may be mid-October, but whitetails are still largely in a summer feeding pattern.”

The Texas archery season is on right now, and Badgett says hunters need to adjust to the warm weather in order to score. “I’d be near a good feeding area early in the morning. Then at about 9, move to a water hole, since deer like to grab a drink before bedding up for the day. I’d sit the water until midmorning, then hang it up for a few hours. Midday deer movement is poor right now with the heat.

“For the evening hunt, I wouldn’t sit right on a food source, as mature bucks probably won’t reach it until dark. Set up on a travel corridor between bed and feed,” he adds. “Bucks are going to stage up in the timber in late afternoon, so I’d get in there earlier than normal. Once the shadows start getting long, bucks will be working their way toward food, so stay on alert; they’re just going to come slipping through.”