How Cutting-Edge Optics (and Electronics) Are Redefining Modern Marksmanship 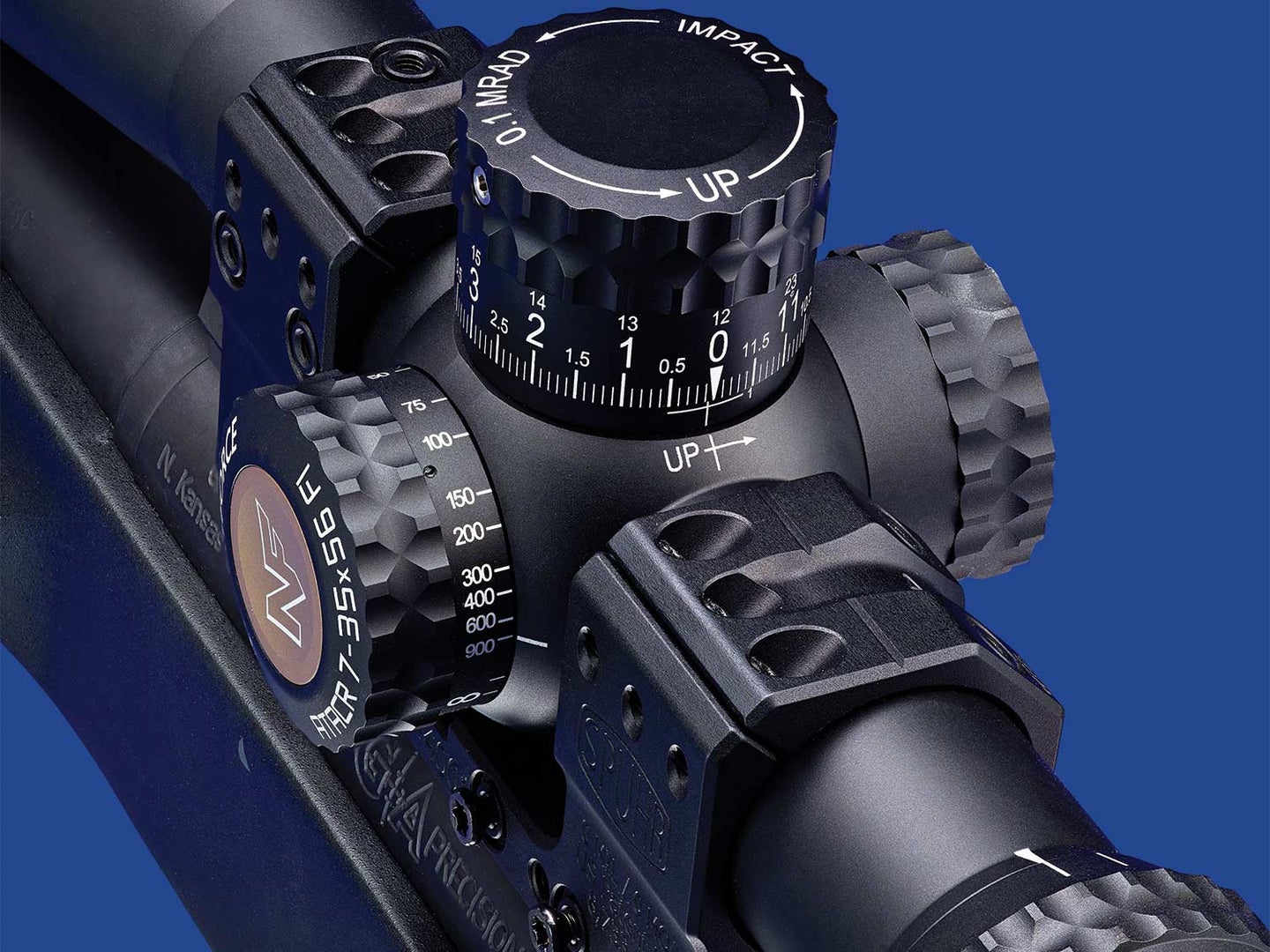 A basic duplex reticle is wonderful in its simplicity, but it has its limits—specifically, it limits the distance a hunter can shoot and be confident of hitting his target. As the desire to shoot farther has grown among sportsmen, and the accuracy of factory rifles and ammunition has dramatically improved, scopes have evolved to keep pace. A modern precision-rifle scope would scarcely be recognizable to hunters from a couple of generations ago. Here’s what’s changed.

Reticles: At first glance, target reticles might seem like a jumble of hashmarks, lines, dots, and numbers. But the design behind those reference marks is highly sophisticated. The goal of these reticles is to provide sufficient reference marks to make shots easier while avoiding excess clutter. The new Mil-XT reticle by Nightforce is one of the best that strikes this balance for competition shooters. For hunting, Bushnell’s G2 and G3 reti­cles are hard to beat.

Ergonomics: Back before Earth cooled, hunters would roll into deer camp, dial in a 100-yard zero, screw the caps back on their scopes, and go hunting. No one really thought about a scope needing good ergonomics. But with exposed target turrets and broader ranges of magnification came a need for a better interface between our hands and eyes and a scope’s controls. Today’s best scopes have dials that adjust with distinct clicks and are marked with easy-to-read numbers. (Large-­diameter ele­vation turrets are good for these reasons.) Scopes with zero stops and pinch-to-turn controls reduce the chances of a dial getting knocked to an incorrect setting.

Electronics: The biggest, and newest, change in ­riflescopes is the integration of electronics. SIG’s BDX system works with a rangefinder to illuminate an aiming point in the reticle for a ranged target. Revic’s scopes feature onboard sensors that gather environmental information to calculate the bullet’s point of impact, which is shown in the scope’s viewfinder. Swarovski’s latest has an integrated rangefinder that performs its own ballistics calculations. This is just the beginning. As scopes, rangefinders, binoculars, and ballistics apps learn to communicate more efficiently, our ability to make long-range shots will only increase.