How Guns are Sold: It’s a Word-of-Mouth Business

Gun-writer reviews don’t sell rifles, scopes, or ammo. It’s what real shooters say to each other that matters 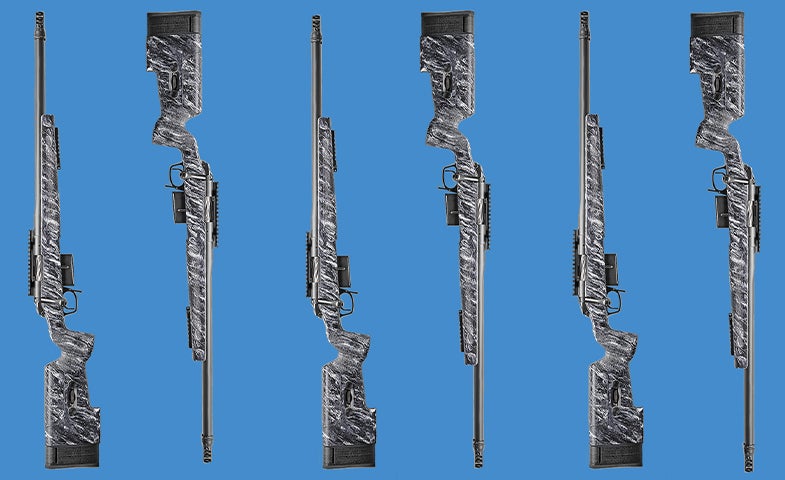 Bergara is selling rifles faster than they can make them. The BRC27 Competition, above, starts at $4,950. Bergara
SHARE

The “word-of-mouth” nugget of wisdom above is gospel in Hollywood, and it means that no matter what the critics write about a film, what makes it or breaks it is what the people who have seen it say to people who are thinking about seeing it.

In my conversations with makers of guns, scopes, and ammo, I’ve tried to get across that success or failure depends not on what writers say, but how good their products are.

Take Bergara, who started up a Custom Shop and began building a line of rifles that was not only immaculate in fit and finish, but shot like nobody’s business. They’re called Bergara Custom Rifles, or BCR for short.

BCR models are not cheap. There are about a half-dozen rifles in the line, and they run up to about $5,000. There’s no shortage of rifles that cost one third of that and will shoot splendidly. You’d think this would limit the demand for the BCR guns.

It didn’t work out that way. This winter, the Custom Shop found itself with a backlog of 3,000 orders. That is a whole bunch of rifles. So they did something unusual. They stopped taking orders. They deliberately turned away money until the 3,000 orders were filled, and they will start accepting orders again on Oct. 1. The waiting period is expected to be 60-90 days.

They haven’t increased production because it’s very hard to find people who can work at the level they require, and even then, they have to be trained in the Bergara Way.

I think what sold the 3,000 rifles were the guys who came back to various shooting benches with a collection of dime-sized groups and, when the guy at the next bench said, “Good god, what kind of rifle shot that?” the answer was Bergara.

And then there is Nightforce. I first heard about them in 2006 while working on a story on .50 BMG shooting. When I asked one of the folks I interviewed what brand of scope they used, he said, “Nightforce. It’s the only thing that stands up to these guns. No one uses anything else.” Now, Nightforce is at the point where their booth is so mobbed at the SHOT Show that their own people can’t elbow their way in.

On the other hand, the gun biz is well advised to remember that shooters and hunters are vengeful, unforgiving, and talkative, and that if something doesn’t work, word of that gets around very fast, too. And if something a shooter spent money on fails, he will never, ever, forgive or forget.

Can a gun writer torpedo a product? I know of only one case where this happened. In 1959, Winchester introduced the .264 Magnum, which was designed for long-range hunting and was probably 50 years ahead of its time. Jack O’Connor, who then outranked God by several pay grades, opined that the .264 was inferior to the .270, so why bother?

O’Connor didn’t do it in all by himself. The .264 may have been killed by its report, which was fearsome, or by the cumbersome Model 70 rifle that was built for it, and the fact that a lot of Model 70s at that time didn’t shoot worth a damn. Today, now that the 6.5 caliber is le derniere cri, and that components and rifle technology have finally caught up with it, the .264 is enjoying something of a revival. If you can get decent brass, it’s a very good cartridge.

The odd thing about this sordid story is that Jack O’Connor was firmly allied with Winchester, and one would have expected a kinder review, would one not?

As for myself, I believe that an honest gun writer is one who, when bought, stays bought.