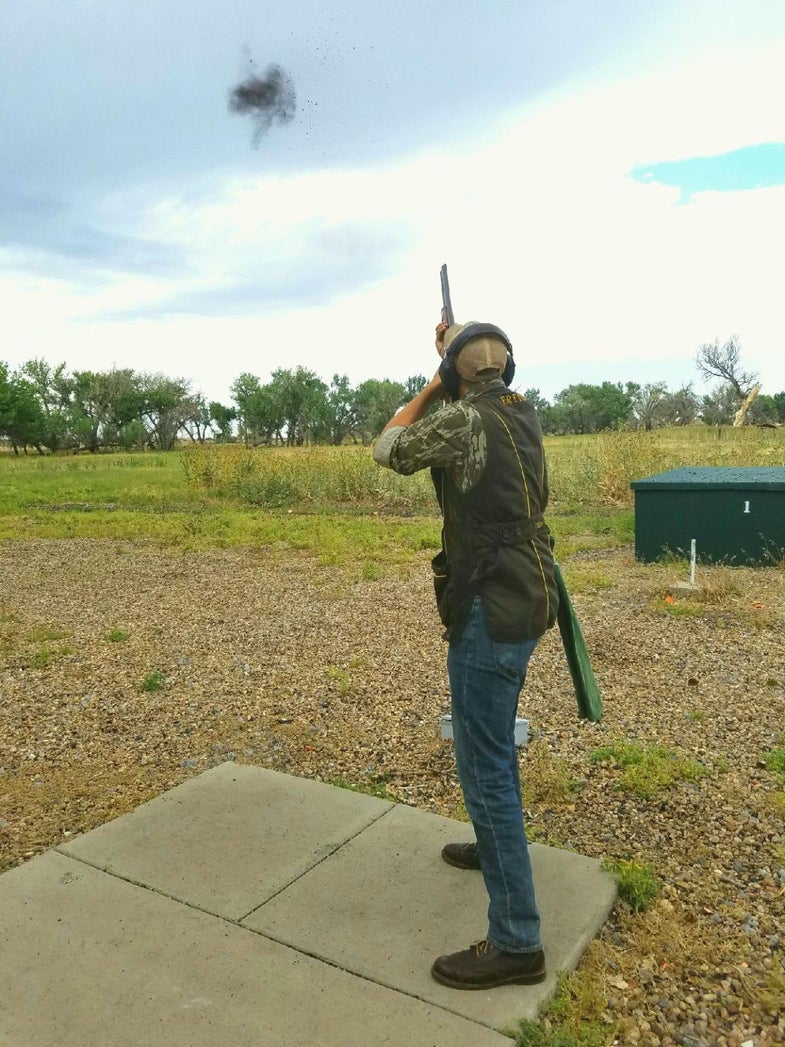 A couple of years ago at the Olympic training center in Colorado Springs, Lloyd Woodhouse, longtime US shooting coach, told me that when he sends shooters east to compete at lower altitudes, he reminds them to tighten their chokes. A Modified choke in the thin, mountain air of Colorado prints the same patterns as a Full choke at 390 feet above sea level at Fort Benning where the Army Marksmanship Unit shoots, according to Woodhouse. I had cause to think about this over the weekend, when I visited my son in Denver and we shot skeet one afternoon. I am blaming overly-tight patterns in the thin air for my performance, while ignoring the fact that a combination of high wind and bad shooting did me in.

Nevertheless, differences in air density play a role in how a choke performs. Patterns open as pellets encounter air resistance, so it follows that the denser the air, the more patterns will open up. Sea level air is denser than high-altitude air. Cold air is denser than warm air. It’s counter-intuitive, perhaps, but dry air is denser than humid air too. Clark Bush, a longtime competitor and record-holder in the National Wild Turkey Federation’s Still Target Championships—a test of turkey gun patterns—tells me every world record has been set in warm weather just after a rainstorm. Bush says that while any change in temperature affects patterns, he has seen especially noticeable changes between 40 and 60 degrees.

What’s it all mean to you? It means that every pattern you shoot is merely a snapshot. It tells you how your choke and load perform at a specific place under specific weather conditions. You can let that knowledge drive you insane and become obsessed, patterning your guns under every possible permutation of temperature, altitude and humidity. Since that’s not feasible, the ideal approach would be to pattern your guns during the season, so you would see exactly how they perform under the conditions under which you hunt.

Most of us want to do our patterning now, in warm weather before the seasons start, and it’s okay to do that—as long as you realize that the patterns you shoot now will be a little more open in the fall and winter when you shoot the same guns, chokes, and loads in the cold. And if you go on a trip to high or low altitudes, your gun might perform differently. Let that knowledge temper your desire to take long shots at the edge of effective range, because your effective range will be a bit shorter.

Mostly, though, it’s important to keep this knowledge handy for the next time you’re fumbling for excuses on a bad day at the range or in the field.