How to Make Exploding Targets

You don’t need a stockpile of Tannerite to have a blast at the range. Here's how to buy and make simple exploding targets 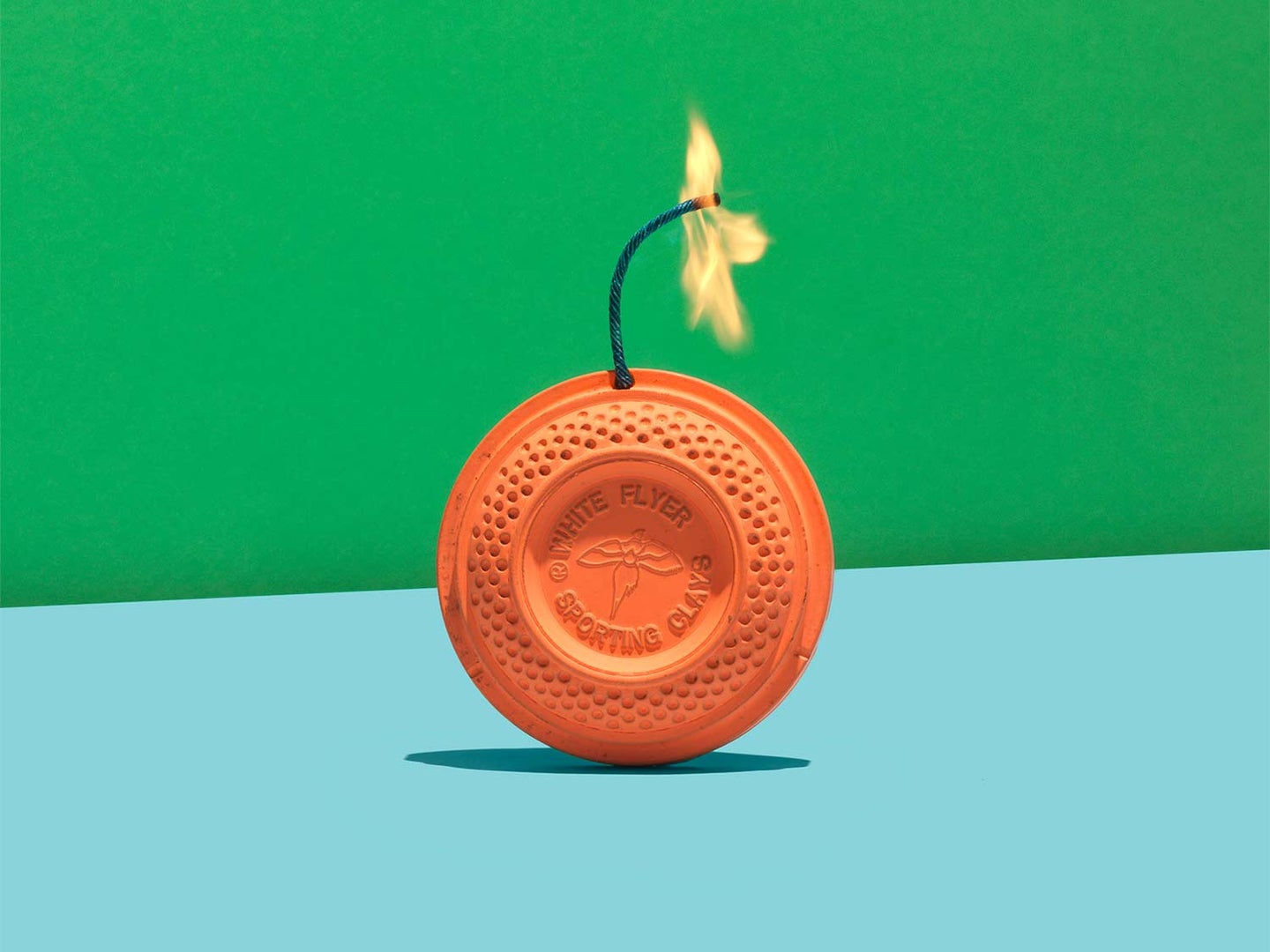 Every American likes a nice harmless explosion during summertime, even after the Fourth. Fun as fireworks are, you don’t get to shoot at them. Firebird Targets, on the other hand, are nonbinary pyrotechnic discs that blow up when hit by a pellet or bullet. Peel and stick a few to the bottom of some clay targets, and you will see bombs bursting in air. (Check state regs.)

For riflemen, Tannerite is easy to buy in most states. Attached to a nice tree stump and set off with your hunting rifle, it guarantees hootin’ and hollerin’. If you want to learn how to make tannerite on your own, just go to YouTube, watch the first 10 or 12 videos, and go with the tannerite recipe of your choice. But be careful and know the law. It’s not allowed everywhere. Once mixed, this binary explosive becomes subject to a variety of state and federal regulations, and if you get carried away, you might get a visit from some stern-looking officers with badges.

For something all but guaranteed not to involve the ATF, you can turn plastic bottles into supersonic exploding targets by drilling a 5⁄16-inch hole into a plastic bottle cap and pulling a tire-valve stem (available at auto-parts stores) through with pliers so it creates an airtight seal. Now you’ve got a plastic bottle with a valve sticking out of the cap. Of you can some Do All Outdoors Thunder Caps, which are basically plastic bottle caps that already have a valve. In either case, if you want the bottle to stand up, make a base by drilling a half-inch hole through a plastic food-storage container or PVC end cap. Pull the valve through nice and tight, then turn the container or end cap up side down so that the bottle stands up. Now you’re ready to shoot.

Connect a pump with a pressure gauge to the valve and get pumping. Soda bottles work best because they can take more pressure. Most pop at around 140 psi, so start at 80 and experiment. Be careful. It’s a good idea to put a cloth bag over the bottle until you’re ready to shoot.

Now step back a safe distance and fire away (at your own risk) with an air rifle, bow and arrow, .22, or whatever. Any of them will make that bottle explode with a sonic boom. Put a little carpenter’s chalk or corn starch in the bottle before inflating, and it’ll go up in a cloud of dust to boot. I’ve done this with my kids in the backyard, and it’s a riot. It also helps get them interested in shooting. Mostly, it’s a fun way to watch stuff explode before and after the Fourth—and you get to shoot in the bargain.