How to Name a Hunting Dog

A gun dog’s name needs to last season after season. These 10 tips will help you get it right 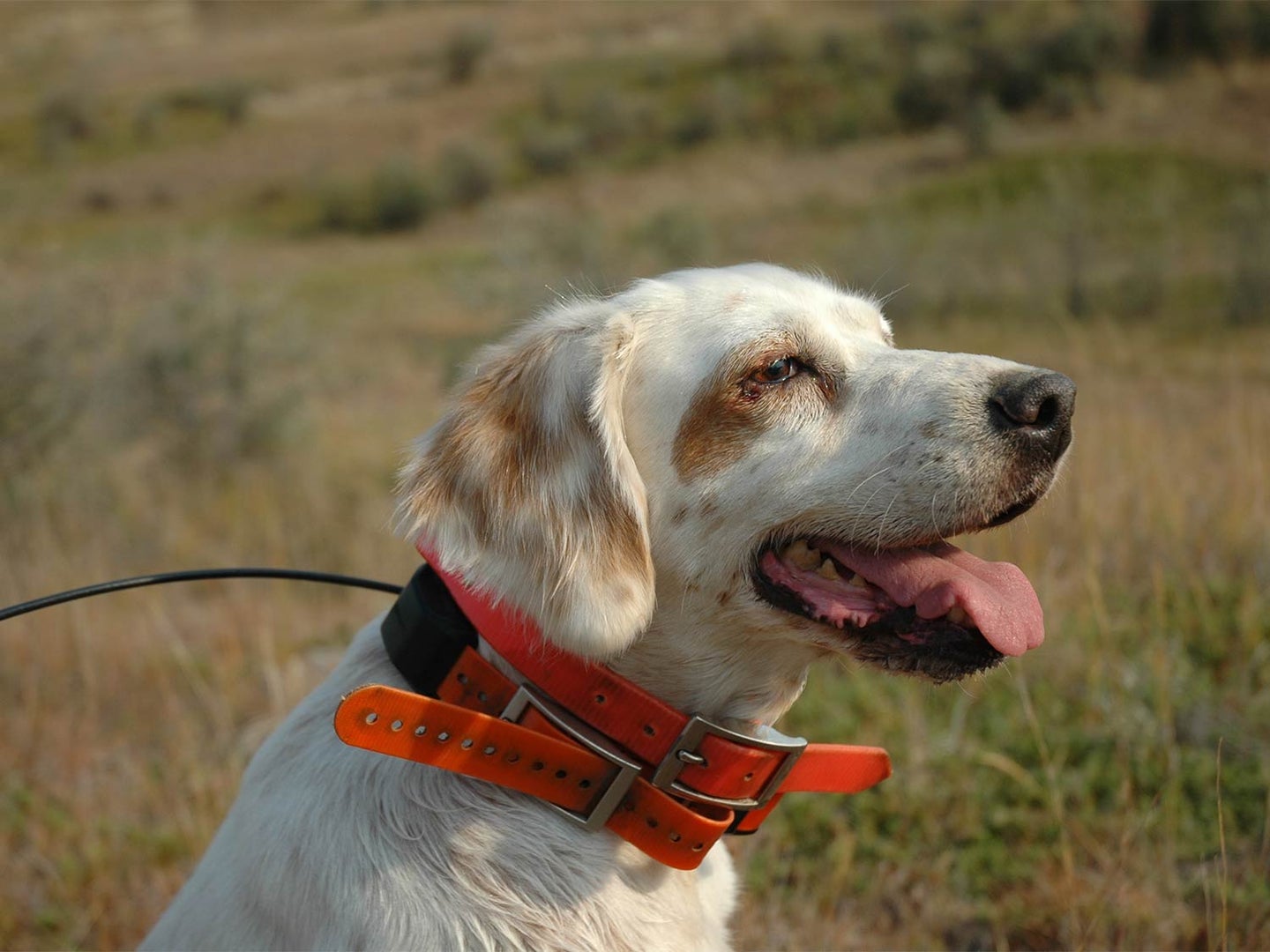 The first lesson with a puppy is teaching him his name. Say his name, wait for eye contact, and give him a treat. But, like the rabbit recipe that begins, “first, catch a rabbit,” first, you have to give the dog a name. For me, that’s the hard part. There’s pressure to get it right. The dog carries the name you give him for a dozen or so years of life, and for years after in memory. You will say the name roughly a million times—and yell it several thousand. A dog name needs to wear well.

I don’t punt on dog names exactly, but I play it safe, erring on the simple, unimaginative side: Betsy, Sam, Ike, Jed, and now Zeke. I still labor over names. Years ago, I had to hold a “Name Phil’s Dog” reader contest to come up with “Jed.” I went through a bunch of names for Zeke. He was Billy at first, then Mickey, then I gave up and called him TK for a while, which is an editorial placeholder meaning “to come.” Finally, I settled on Zeke.

Other people have named more dogs than I have, but I have likely spent as much time thinking about dog names as anyone. Here are my 10 rules of dog naming. Rules 1-3 are hard and fast. The rest are more like theories of dog naming that may or may not help you.

It’s not just a name, it’s a command, the meaning of which is: “Hey you, dog! Yes, I’m talking to you! Pay attention!” That’s a mouthful, so we boil it down to a name. The name should be short, sturdy, and easy to yell. The hard “k” sounds in “Ike” and “Zeke” project especially well.

2. Avoid Names That Rhyme With Other Dog Names or Training Commands

Perhaps forgetting I already have a dog named Jed, my sister suggested Zed for my new dog’s name, which would have sown mass confusion when I ran Jed and Zed at the same time.

The name also shouldn’t rhyme with commands or the names of people in your household—a lesson I learned painfully. One day, while filling the lawnmower, I got sprayed in the face with gasoline, which is both painful and blinding. I staggered around the yard, unable to see, yelling, “Pam!” and wondering why my wife wasn’t coming out to help. She said later, “I thought you were calling your dog,” referring to Sam. So, no rhyming names.

On a related note, I was mortified to learn that my elderly neighbors, hearing me call Ike, believed I was yelling an ethnic slur that rhymes with “Ike.” This may explain why they were standoffish.

When Bix (great dog name) and Meg (solid dog name) had puppies, my parents let me name the pick of the litter when I was 7 or 8 years old. I stuck the poor dog with the name Pottawattamie. He went by “Pup” his entire life.

4. Or Let the Internet Decide for You

Hoping the Internet could save me from laboring over dog names, I tried the name generator on Rover.com while trying to name little TK. It suggested “Bob.” (See the end of Rule 5.)

This is, obviously, my go-to dog-naming rule. I like to give dogs people names that have no meaning to me, so the dog has a blank page onto which to write his own story.

A friend who operates on the same theory has had Gabe, Andy, Clem (Clem was named after someone), and Pete, and it’s hard to argue with any of those. Another friend named a Gordon setter Alf, owing to his resemblance to the ’80s sitcom alien. Dumb show, but a terrific dog name.

Although a pretty safe theory of dog naming, giving dogs people names can go badly wrong. Gary and Kevin (and no, I am not making these names up, they belong to actual dogs) would be two examples.

6. You Can Name a Dog After Someone You Admire

My father was a jazz nut. He named Bix after cornetist Bix Beiderbecke. On the other hand, a friend wanted to name a female dog after Aldo Leopold, which required some naming gymnastics. He came up with “Loopy,” which, while not a terrible dog name, isn’t great, and doesn’t bring A Sand County Almanac to mind, either.

Perhaps because I am painfully literal, and because I believe people are people and dogs are dogs, I don’t see where it’s an honor to have a dog named after you anyway. A nephew or godchild, sure, but a dog? This is one of the many reasons I haven’t named a dog “Kareem” or “Theodore Roosevelt.”

When I was trying to name Zeke, I asked Senior Editor Natalie Krebs for help. She said, “I like to name animals non-human names because it’s hard to give a child a name like Bonsai or Gonzo, but you could sure call a dog that.” That is true. My dad called his first bird dog Moon. Weimaraners were rare in the early ’60s, and Moon’s silver-gray coat and yellow eyes gave him an alien appearance, like, well, a moon dog. I still like that name. So naming dogs after things can be good—but you can’t just pick a random noun for a name and expect it to work. My father had a friend who named a dog Fence.

Done right, naming the dog after a sporting thing is another good way to go. Writer and friend Ron Spomer named his latest setter Covey, which is lovely. You could also go with Wigeon, Rooster, or Woody, and I’m sure they are others. Gaggle is probably out.

Despite being a gun writer, I never liked gun names for dogs. I seem to be in the minority here because these names seem to make a lot of people happy. There are a ton of Rugers, Remis, and (Be)Nellis out there, and probably some Winnies and maybe even a Mossy. Someone who likes cheap Turkish guns has probably named a dog Yildiz. I’d even allow that Parker and Greener would make good names; Lefever and Ithaca, not so much.

9. You Can Stick With the Breeder’s Pick—or Not

Some breeders pick a theme as they name each litter. To pick a few examples, I’ve heard of litters being named after Beatles songs, pirates, and famous people from Kentucky. Picking all names that start with the same letter is fairly common, too. You may take the name the breeder gave her—or not. I would not inflict a Beatles song name on my dog, or on myself. (Paperback Writer would make a great racehorse name, though, but horse naming is a whole different discipline than dog naming.)

My setter Ike came from the famous Kentuckians litter. I never knew who he was named after, but I loved the name Ike, so I kept it and consider it to be the gold standard of dog names. Jed, on the other hand, came with the name Otto, which was okay but not great and difficult to project, so I changed it.

10. Remember: This Isn’t a Popularity Contest

My brother-in-law’s last two dogs have been named Sasha and Bella, both of which rank near the top of those online lists of dog name popularity. If your belief is, name the dog and get on with it, you can’t go wrong those, or with Max, Buddy, or Duke for male dogs. You won’t win points for originality, but this isn’t a contest, it’s just naming dogs. You don’t have to make it difficult just because I do.