How to Shoot a Perfect Round of Skeet

Breaking 25 straight clays takes skill and mental toughness, but it can be done 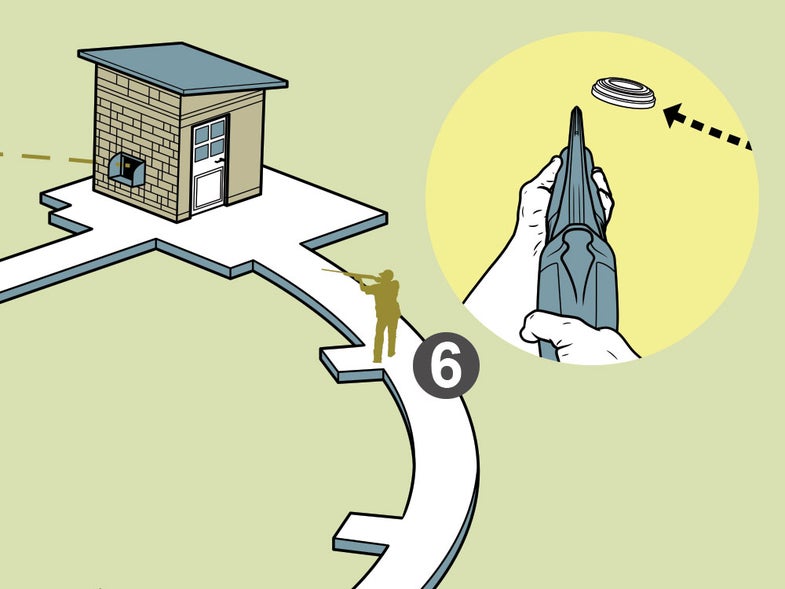 Get on low-house 6 quick, swing just past the leading edge, and shoot. If you use a maintained lead, you should see a foot or more of lead. But don’t measure. Just see a bigger gap and fire.. Moron Eel
SHARE

You shoot skeet for practice and to pass time until hunting season. But there is a score card, and you’ve always wanted to see a string of 25 Xs by your name. Summer is for milestones. This is your time. Skeet is equal parts shooting fundamentals and mind game. With eight stations and two houses, you have 16 different shots to master. Then you need the mental toughness to shoot a round of 25 without a mistake.

As target shooters will tell you, none of the shots on a skeet field are hard, but they’re all easy to miss. Any station can derail your straight, but there are two in particular that get most shooters. If you are going to hit 25 straight, you have to conquer station 4 and low-house 6. 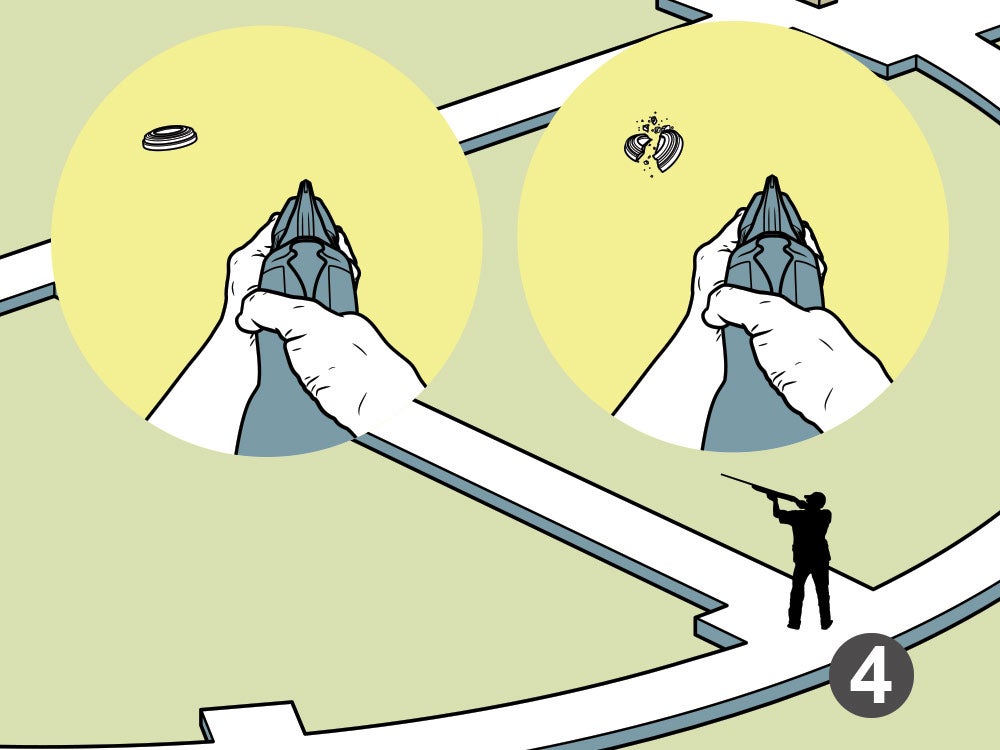 Start with the gun in front of the target and keep it there until the lead looks right. Then break the bird.

The long crossers at station 4 (and 3 and 5 to a lesser degree) bedevil hunters because they require long leads that aren’t suited to the swing-though method many use in the field. Station 4’s high-house and low-house targets are similar, so for simplicity, we’ll focus on just the high house. Right-handers, set up for stations 2 through 6 by pointing your bellybutton at the low house, then turn your body to the hold point and your eyes to the look point. The trick is to shoot this crosser with a maintained lead. Watch the target come to the gun from the left, and before it reaches the muzzle, match its speed with the gun and swing ahead. When the lead feels right—typically 3 to 4 feet with this target—pull the trigger. Feel is the key word. If you aim or check your lead, you’ll stop the gun and miss behind. A maintained lead is deadly on crossing skeet targets, and it works on real birds too.

As the last obstacle before the cakewalk of stations 7 and 8, station 6 is where straights go to die. The low-house target is the tough one because it crosses close in front of you and looks fast. Your first reaction has to be good. The problem is mostly mental, though, and the solution is to block out any thoughts about how much you want to break it, or that you’re afraid of missing it. Stay positive. Swing through the target until you see just a sliver of lead, and then break it. If you shoot this one with a maintained lead, you’ll have to see a wider gap. Make low-house 6 again as the first half of the double, and you just about have your 25 straight—as long as you don’t think about that while wrapping up 7 and 8.

In skeet, unlike hunting, you know exactly where the targets are going, which means you can plot out and visualize every shot. Consistency is key, in both setup and your mental game. You can talk and joke with your friends until you step up to the pad. Then you’re all business. Develop a pre-shot routine, just like a basketball player shooting a free throw. Point your gun at the break point and “see” the target shattering. Wind back to the hold point, where you’ll start your gun, then move your eyes to the look point, where you’ll pick up the target. Think a positive thought, like “eye on the target, head on the stock.” Then clear your head and call “pull.” As a ­tournament-​­shooting friend once said to me, “I only have to focus for 25 seconds in a round of skeet.” Get your thinking done before the shot, and then shut off your conscious mind and react.