How To Survive A Grizzly Bear Attack

Photograph courtesy of Rennett Stowe/Flickr It was an area grizzly bears frequented, although most people did not associate the foothills... 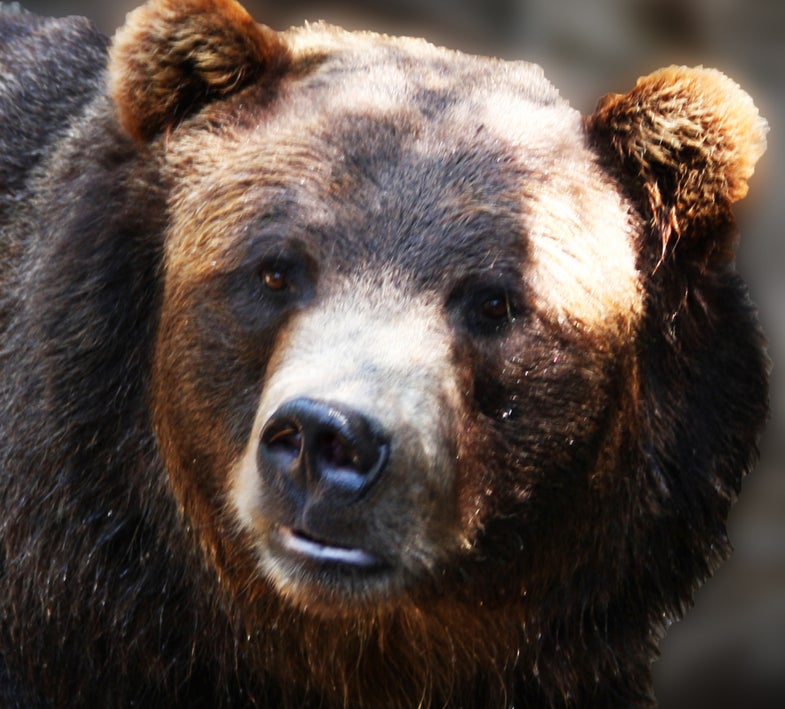 It was an area grizzly bears frequented, although most people did not associate the foothills of Montana’s Blackfoot Clearwater Game Range with prime bear country. Perhaps that’s why Kerry White* didn’t carry pepper spray when he went elk hunting here on the morning of October 30, 2001. Perhaps it’s why, later that day, he set his .270 down on the ground 12 feet away when he bent to dress out the cow elk he shot. There were two cartridges in the magazine, but the bolt was open over an empty chamber. He can’t tell us what happened now, although an investigative team of officials from the U.S. Fish and Wildlife Service, the Montana Department of Fish, Wildlife and Parks, and the U.S. Forest Service have tried to piece together the tragedy of what began as a successful hunt.

According to numerous published reports, the elk didn’t die when the bullet struck. It ran off for 100 yards before falling, leaving a blood trail. White tracked the animal, filled out his game tag, then took a roll of surveyor’s tape and marked a trail to higher ground in the direction of his truck. Then he hiked back to the elk, tied one leg to a tree with twine to keep it in position, and began to dress it out, cutting its throat and sawing through the rib cage and pelvic girdle. He wouldn’t get further than that.

Possibly the bear heard the shot and took it for a dinner bell, as grizzlies in Alaska have done for years. It might have found the carcass while White was marking the trail, then hid out of sight as he walked back. Or it could have stalked up behind him. It’s also been postulated that two cubs blundered onto the kill, prompting the sow to defend them. The victim might have been bent over the carcass, or he might have backed off a few feet before being hit. The savagery was probably over in seconds, although White’s injuries were extensive, with puncture wounds in his head, neck, chest, thighs, and buttocks.

After the attack, White managed to struggle to his feet and stagger away. Less than an eighth of a mile from his pickup truck, he lay down on his back with his knees bent. Searchers found his body the next day.

In the next 72 hours, a sow grizzly and two cubs would return several times to feed on the elk carcass. They were caught and destroyed. Attempts to link them to the victim through DNA evidence proved inconclusive, although the bite marks on White’s body perfectly matched the pattern of the sow’s teeth.

The attack on Kerry White was a wake-up call for hunters throughout the Rockies, where grizzlies have expanded their range and learned to associate gunfire with food. However, experts point out that the chance of an attack remains very low. White was only the second hunter to be killed by a grizzly in Montana in 50 years. (Two hunters in British Columbia were killed by one while butchering a bull elk in 1995.)

Could this tragedy have been avoided? Possibly, if White had become aware of the bear before it attacked, and had carried pepper spray on his hip or propped a loaded rifle within reach. But not if the bear had approached unseen to within a few yards and taken him by surprise.

Today, there are few ranges in western Wyoming, western Montana, and eastern and northern Idaho where a hunter does not run an outside chance of encountering a bear.

(2) Montana grizzly bear management specialist Kevin Frey says that hunters should be extra cautious on windy days, when the noise of clacking trees makes it easy to walk up on bears that are popping pine nuts or bedded in thickets. A bear that’s startled at close range is much more likely to attack.

(3) Always pair up in grizzly country. A partner can stand watch while you gut the elk and help you remove the quarters from the site of the kill, which should be done as quickly as possible. Try not to puncture the rumen; its odor is a major bear attractant.

(4) Hang meat at least 100 yards downwind from the kill site in an open spot that you can observe from a distance. When returning for meat, approach slowly, making plenty of noise.

*The victim’s name has been changed.

Bear pepper spray in a hip holster. “It’s a no-brainer to take, even if you also have a firearm,” says Montana Fish, Wildlife and Parks bear ecologist Doug Ouren. Pepper spray is quicker on the draw than a rifle, and it cuts a wider swath than a bullet.