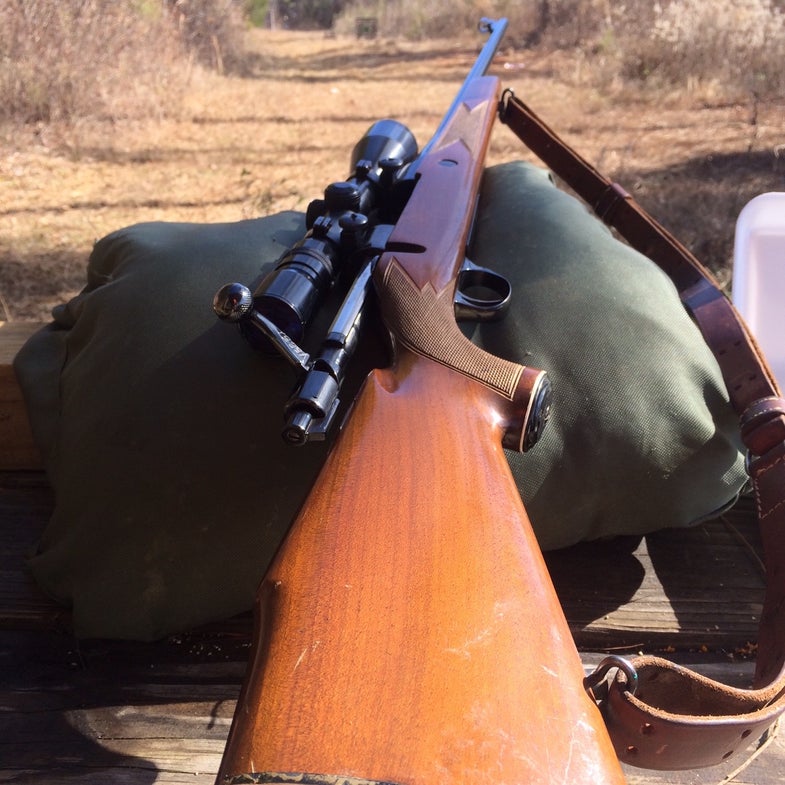 The owner of this Sako Finnbear found no reason to change anything about it after he inherited it from his grandfather..
SHARE

Sako of Riihimäki, Finland—a town rich in vowels—is one of Europe’s best rifle makers. Sako began in 1919 as “Suojeluskuntain Yliesikunnan Asepaja” or “Civil Guard Supreme Staff Gun Works,” opening in a former brewery in Helsinki. The company made guns and ammunition, including their own version of the Mosin–Nagant, said to be a much better rifle than the Russian Mosins, and definitely one that caused the Russians great pain in the Winter War. Sako began making rifles for the civilian market in the 1940s. Today’s rifle, the Finnbear L61R, was in production from 1962 to 1973.

Sako Finnbear rifles are hefty, known for their fit, finish, and accuracy. And they have held their value very well. A Finnbear in immaculate condition will bring $1,100–1,200. This Finnbear is no pristine safe queen but a hunting rifle that has been passed down from grandfather to grandson.

Here’s what its owner, Stephen, had to say:

This is my grandpa’s Sako Finnbear L61R, chambered in .270. Made in Finland probably around the early 1960s, it has the Bofors Steel stamp on the barrel and a serial number in the 12000s. Topped with an old Kahles 3X9 scope, the rifle still shoots better than I can.

I inherited the rifle in 2014, after my grandpa passed. The gun shows use but was well taken care of. It had not been shot in decades when I got it. But you wouldn’t know that based on my first five-shot group. A few clicks of elevation and everything was right where it should be, and right how my grandpa left it. You can see the first group I shot with the gun (photo right).

I’ve thought about putting a new scope on the gun, but I can’t bring myself to break apart the setup my grandpa started putting together more than 50 years ago. Sure, it might cost me a deer in low-light conditions, but having my grandpa with me on every hunt is worth it.

There’s no more voting on Fridays, but comments are welcome, and so are any gun photos you might have for “Blasts from the Past.” Send them to fsgunnuts@gmail.com.

RELATED: Blasts From the Past: The LeMat Revolver