Hunting and Fishing Icons at Risk

These are the animals, places, and traditions that we love—and are being threatened 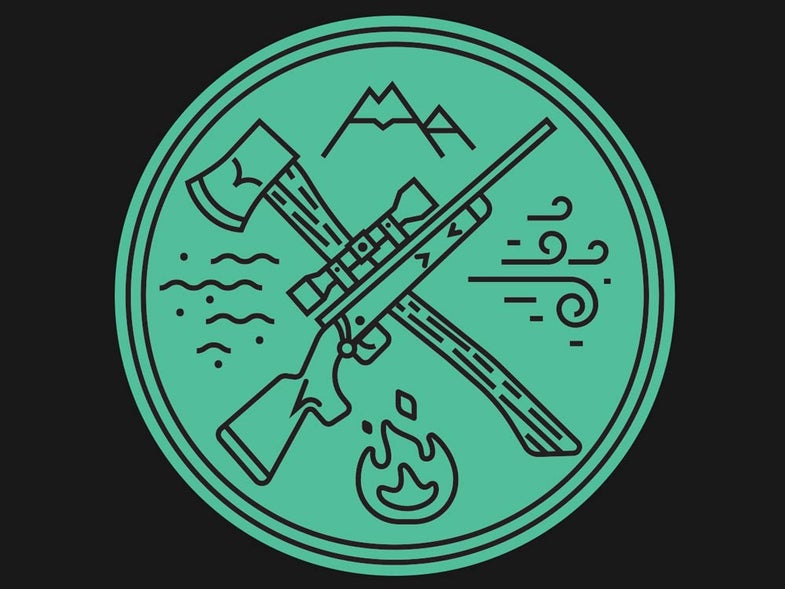 I know of a place in the Madison Valley where ancient hunters hazed pronghorns over a small set of cliffs, to kill or cripple them and to give those hungry humans, who at the time had neither guns nor bows, an edge on an animal that can run 60 mph. There were, at the time of the Lewis and Clark expedition, millions of pronghorns on the American plains. We managed to drive them almost to extinction by the 1920s, but we also managed—almost entirely through the conservation efforts of hunters—to recover the species to almost 1 million today.

The pronghorn is a long-wandering, migratory animal, and we are just now, through decades of research by wildlife biologists, coming to understand how it lives and travels. Part of that understanding involves the crucial need for protection of migration corridors and winter and summer ranges that pronghorns depend on for survival. Badly planned and fast-tracked energy development in places like Wyoming’s Red Desert, or the sprawl of housing, fences, and roads around northern plains communities and cities, could spell the end of the great pronghorn recovery. We would need to sacrifice almost nothing to make sure that this—our most beautiful plains animal—survives for millennia more. We just need to make sure that development is planned with the pronghorn migrations and critical ranges in mind. That takes the same kind of political clout that hunters brought to the table when the pronghorn was almost extinct. Can we do it again?

In a world roaring with our machinery, paved with our roads, and running on the dings and buzzes of cellphones, there is a lot to be said for a vast expanse of nothingness. But to call central Wyoming’s Red Desert “nothingness” is to miss one of the most overlooked parts of the American West. Quiet, yes. Isolated, to the nth degree. Empty, it is not.

The country will unfold before you. North, there are the dramatic mountain ranges—the Wind Rivers, the Tetons, the Absarokas. South, the Colorado Rockies explode. There are sage grouse aplenty here. The nation’s largest migratory pronghorn herd, 50,000 strong, roams here along with the nation’s only true desert elk herd. Thousands of mule deer live here, too, as nomadic as the wind, moving with the seasons.

Nobody can really agree where the Red Desert starts or where it ends. Efforts to conserve the landscape go back at least to 1898, when it was first proposed as a game reserve to help rebuild fast-­dwindling stocks of big game. In 1935, Wyoming Gov. Leslie Miller wanted to protect much of it as a national park. In the 1960s, Wyoming conservationists proposed creating a North American ­Antelope Range here, and there are seven proposed wilderness study areas. Energy development booms and busts have transfigured much of the land and will do so again if oil and gas prices rise—on a much greater scale. See this place while you can.

The greater sage grouse was once an iconic feature of the western sagebrush steppes. As late as the 1970s, there were an estimated half million of the big native grouse left. Today, there are maybe 200,000, and those numbers are falling fast. Why? Mostly because the sagebrush steppe has never been valued for the treasure it is—a vast system of native grasses and forbs that supports everything from pronghorns to the mightiest mule deer bucks. We’ve poisoned it, grazed it, plowed it, drilled it.

There are still opportunities to hunt these birds, but if their numbers continue to fall, of course, and if the sage grouse becomes federally protected as an endangered species, hunting them will end. What would be most sad about that? The fact that we have just come to understand that the sage grouse is our big wild canary-in-the-coal-mine of the same American landscape that supports sustainable livestock grazing and some of the best publicly accessible big-game hunting left on the planet. And that sagebrush steppe that supports good sage grouse numbers also catches and holds snow and adds water to our soils and creeks, and prevents the erosion of fragile dryland soils. We never knew how important that landscape was. Now we do.

The Waters of Bristol Bay

Bristol Bay, with its monstrous Bering Sea tides, is the gathering point for the world’s largest salmon run—an estimated 56 million sockeyes and countless kings, chums, silvers, and pinks. It is the most economically valuable salmon run on earth; $480 million worth of fish are caught here annually, providing thousands of jobs. But that figure cannot do real justice to the place or to its importance as one of the last and most intact wilderness regions left on the planet. Everything that we started with as human beings is still there, all of the oldest powers—the caribou herds, the wolves and grizzlies, lynx, wolverines, moose, waterfowl, pike, char, and grayling. Even though many of us in the Lower 48 might never see it, we rest easier knowing that such a place exists.

Sadly, this place is at profound risk. The Pebble Project, which would be the world’s largest open-pit mining operation (to be built on public lands), is planned for the very heart of this mighty salmon wilderness. A new 250-mile road built to establish the Pebble Project would open access to another million acres of public-land mining claims. This is not about whether or not you support mining; the Pebble Project is simply in the wrong place, and no one—not even its former CEO—will say that the operation poses no risk to the fisheries here. Until recently, the Pebble Project was thought to be dead, but it has come roaring back to life. Which means it’s up to those of us who love this part of Alaska to pick the fight back up.

The Future of Our Outdoor Heritage

We have been born into the greatest, freest nation on earth, with the most wildlife, the best fishing, and the most access to forest, desert, swamp, and river. But to whom much is given, much is expected. There will be no way to keep our hunting and fishing—our American icons of wilderness and wildlife—if we are not willing to fight for them. If we cannot set aside our smaller differences of opinion and present a united front to fight for the things we cannot live without, we will be forced to learn to live without them.

We will be told that we cannot have jobs and energy development if we protect the migration routes of pronghorns, the winter ranges of mule deer, or the dancing grounds of sage grouse. That’s not true. We can have both, but we who know that truth cannot be silent. The same can be said for protecting clean water, fisheries, or wetlands while having a strong economy. Of course, it can be done. We’ve done it for decades. It just takes thought, will, and action. As sportsmen in a world booming with people and people’s needs, it’s no longer enough to simply buy licenses and follow fish and game regulations. If we want it to continue, we’ll have to speak out for what we love.

Finally, remember that the greatest power is never in fighting against, but in fighting for. Go hunting and fishing every chance you get. If there are bull elk to chase, chase them. Absent that, a breaking dawn in the gray squirrel woods will be almost as powerful. Teach your kids to study clouds, tie knots, shoot, and catch bullheads, sunfish, and chubs. Celebrate water and mud, clean air and wind and rain. Revel in freedom, health, strength, and skill. Take your power from the American landscape and all it holds, and then use that power to make sure it all goes on.