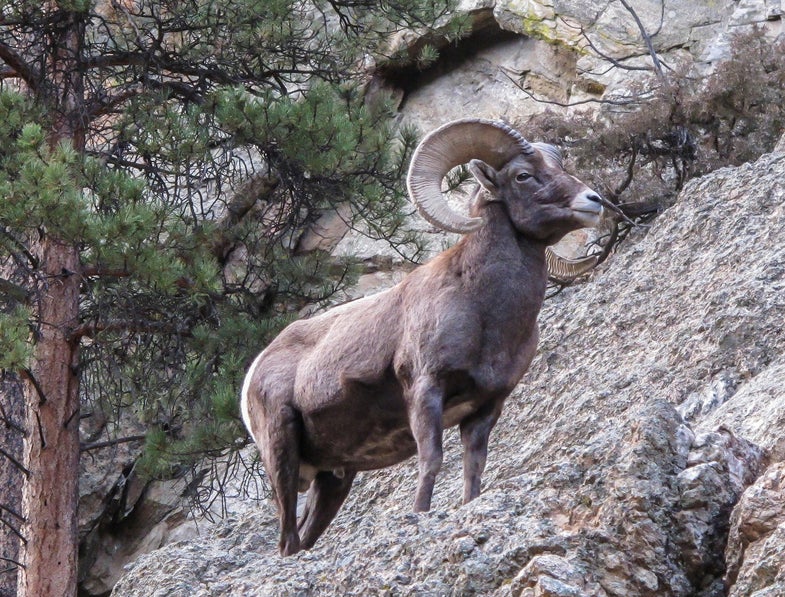 This is a drama in two acts. In Act One, a correspondent of mine emailed that he was going to take the trip of a lifetime, a sheep hunt this coming fall. The problem is, he’s 71, and carrying a lot of weight.

The message I emailed back was simple and eloquent: Bail out. Get your deposit back if you can, but don’t go. You’re too old. You’ll either die, or have such a wretched time trying to keep up that it will be a nightmare instead of a dream hunt.

This is because outfitters assume that if you sign up, you’re familiar with the country, and the rigors of hunting it, and are in good shape, and not likely to die on the trail. (Having clients die on the trail is extremely awkward. Unless you get them over the back of a mule right away, they stiffen up, and become near impossible to tie down, making your packers sullen.)

So, if you show up overweight and short of breath, or unable to sit a saddle, or unable to hunt from can to can’t, there’s going to be no mercy. On top of this, the outfitter may assign you a 20-year-old guide who’s made of whalebone and auto leaf springs. These people do not get cramps in their legs, have worn-out knees that torment them with every step, or see stars from lack of oxygen at 10,000 feet, and they can’t imagine that you do.

I know of two hunters, one ten years younger than my correspondent, one probably 20 years younger but in bad shape, who went on sheep hunts that turned into death marches, with them frantically trying to keep up with people who left them a half mile behind.

That was Act One. I sent off the e-mail and there was a long silence. Finally, came Act Two, in which my correspondent said that he had hunted with this outfitter, and the man had said that if he could lose 30 pounds, he could get him to a sheep. They’d hunt early in the season when the animals were at low altitude, and do it all on horseback except for the final stalk, and It would be just the two of them.

My correspondent said he had hired a physical therapist and two personal trainers, and had already dropped from 235 to 209, and planned to reach 185 by the time of the hunt.

Oh ho, wrote I, that’s an entirely different kettle of fish. Go, by all means.

When you’re 70, or younger, depending on what kind of hand fate deals you, you have physical problems like worn out knees and hips, and even worse, you lose your power to recuperate. That’s the real killer. You may be able to hack it for one day, but the next day, your old carcass has given out and you’re praying for a speedy death.

Even the Navy, when not busy crashing its ships into other ships, takes note of the aging process. If you want to be a SEAL, the age limit is 28. If you’re highly qualified (i.e., if you were in Delta Force and killed lots of people, or something like that) and 29 or 30, you can get a waiver, but that’s it.

As a late friend of mine who took all of the Boone and Crockett species said, don’t go on cheap hunts, and do all of your climbing when you’re young.