Alone in the bush, Allen Minish waited an hour for help while bleeding profusely from his head, where the bear had bitten him 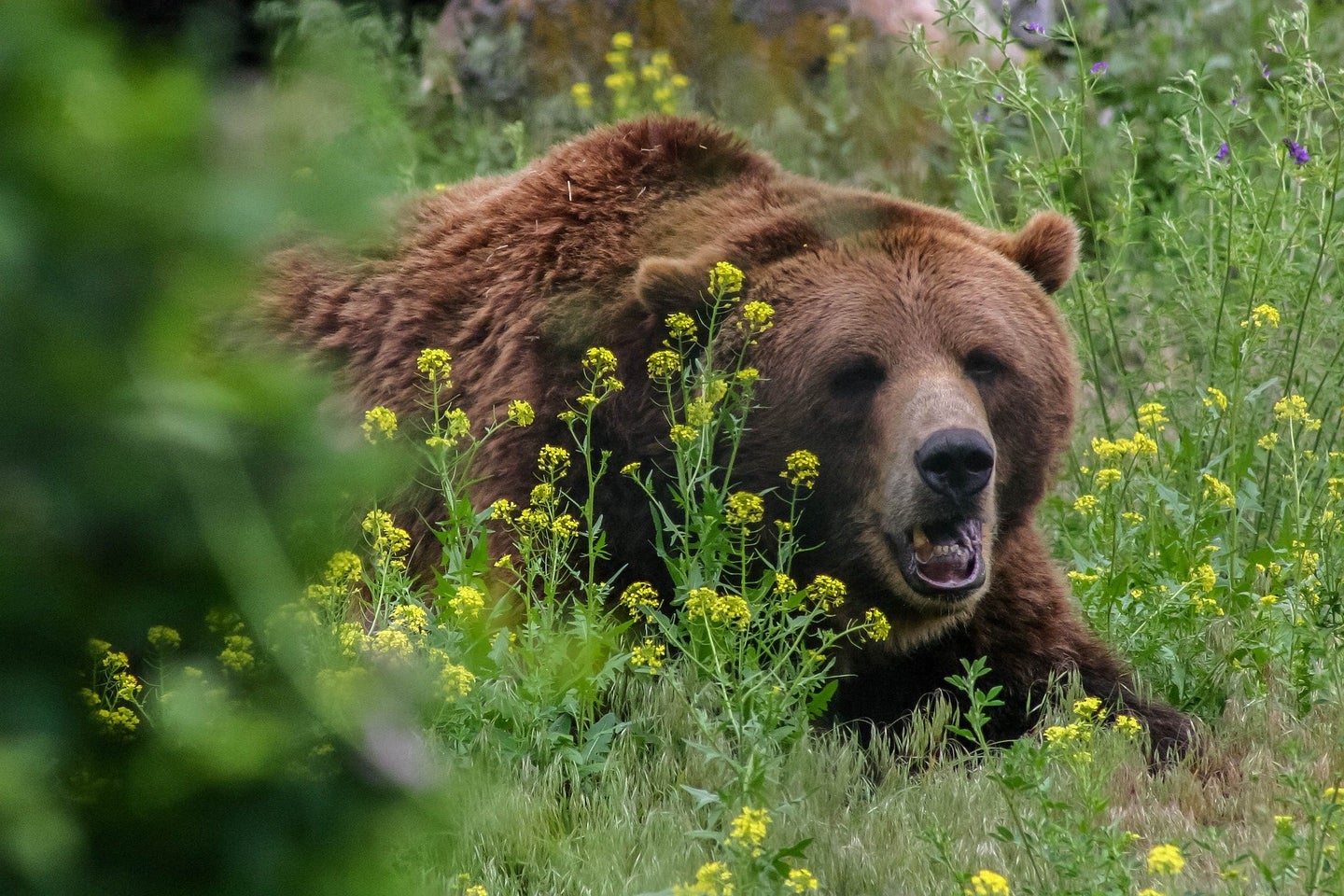 One of the rescuers called him a hero after seeing the pool of blood left on the ground.

Allen Minish was alone Tuesday, surveying land for a real-estate company in a remote part of Alaska, about 190 miles northeast of Anchorage. That’s when he saw what he later described to state biologists as a sub-adult brown bear, about 30 feet away. He says he was surprised and thinks the bear was, too. “I saw him and he saw me at the same time, and it’s scary,” he told the Associated Press.

“He wasn’t making any extra noise or anything like that, he was just walking through the woods, kind of focused on his work,” Alaska Fish and Game biologist Heidi Hatcher told the Anchorage Daily News. “And essentially what happened was they ran into each other, they spooked each other.”

Minish tried to duck behind some saplings, but the bear ran right over them. He tried to defend himself with the pointed surveyor stick he was carrying, but the bear swatted it away.

“As he lunged up on top of me, I grabbed his lower jaw to pull him away,” which left a puncture wound in Minish’s hand, according to the AP story. “But he tossed me aside there, grabbed a quarter of my face.” Most people don’t think of their face as being divided into fractions until something decides to chomp down on a quarter of it.

“He took a small bite and then he took a second bite, and the second bite is the one that broke the bones…and crushed my right cheek basically,” Minish said. He’d left his gun in the car but doesn’t think he would have had time to use it anyway.

When the bear let go, Minish put his hands over his head and turned face-down on the ground. The bear left him alone after that and departed. Bleeding profusely, Minish managed to dial 911, and even gave the dispatcher coordinates from his GPS. “It took awhile to give them that because I had so much blood flowing into my eyes and onto the GPS. I kept having to wipe it all off,” he told the AP.

When help arrived exactly 59 minutes later, rescuers had to walk him a quarter mile through swamps and brush to get to an ambulance. He was taken to a nearby airport and flown to Providence Alaska Medical Center in Anchorage, with puncture woulds and deep lacerations to the head, according to troopers.

Minish knows how long it took for rescuers to arrive, to the minute, because he checked his cell phone records and had been on the phone with the dispatcher the whole time. All the while, he was worried that the bear would come back to finish him off.

The bear was not located by ADGF personal after the incident and is not considered dangerous. “There’s no reason to believe that there’s a public safety threat. It was just a bear being a bear,” said Hatcher.

Minish has had numerous bear encounters living in Alaska for 40 years. The one lesson he says he took from this incident is that he should have had somebody with him, according to the AP story.  Of being on the thin edge between life and death, he was philosophical. “In all honesty, it wouldn’t have mattered either way. You know, if it killed me, it killed me. I had a good life. I’m moving on. It didn’t kill me, so now let’s move on to the other direction of trying to stay alive.”