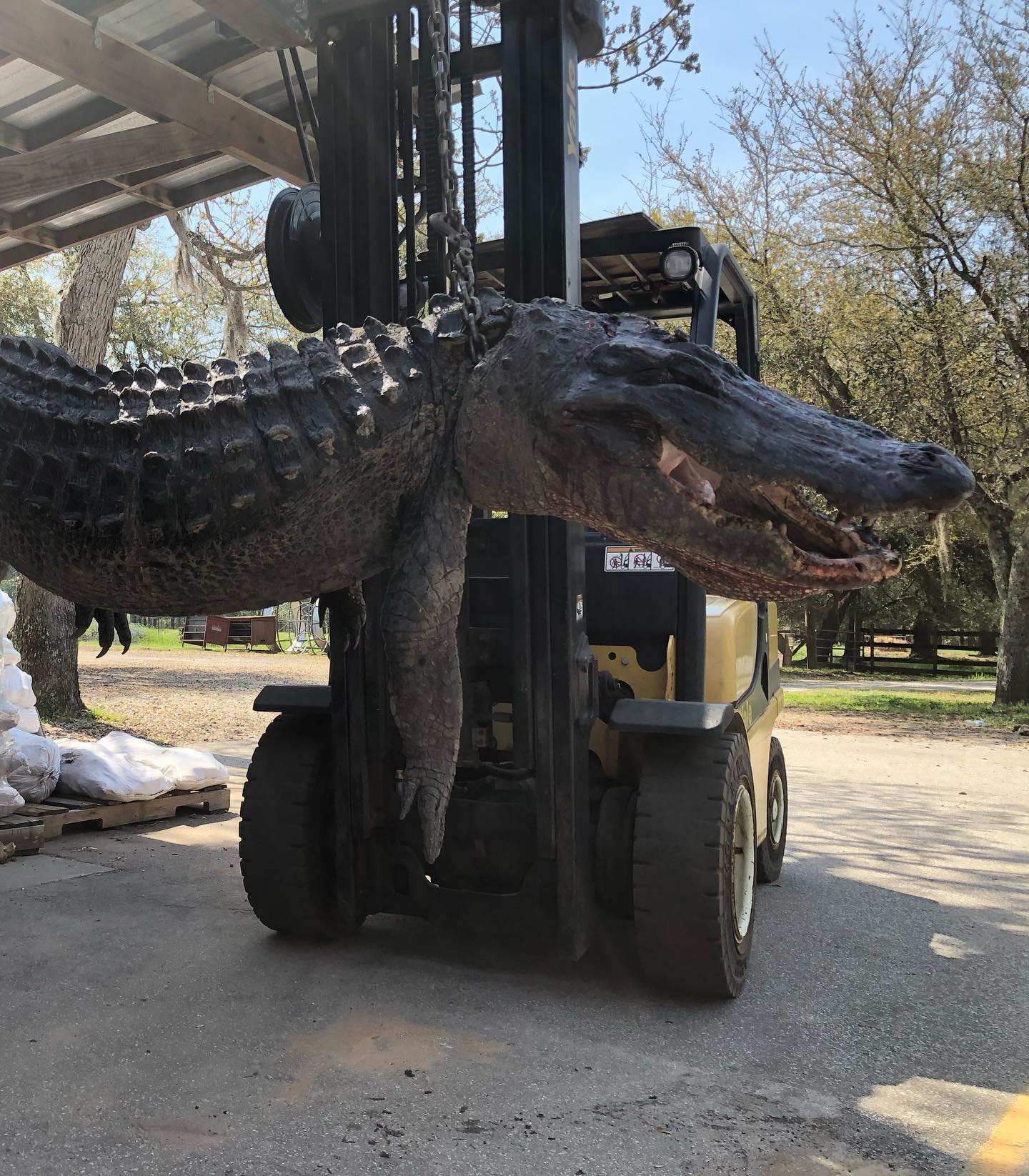 South Carolina gator was killed with 5 dog tags in its stomach.
SHARE

Live 5 News broke the story of how Ned McNeely, the owner of a property called Adams Run, killed the gator. For the past 10 to 15 years, McNeely has managed his property in accordance with state laws and has several tags which he uses to keep the alligator population in check. To date, this is the largest alligator he has ever killed. “I had to shoot it a couple of times, and I had to get a bunch of ropes and hooks and kayaks and a tractor with a chain to finally get it out of the canal,” he says. McNeely brought the alligator to Cordray’s, a game processing business in Ravenel where they examined the animal’s stomach contents and made the grim discovery of five dog tags.

Kenneth Cordray, the game processor, was able to read some of the dog tags and called the telephone numbers. Some of the lines were no longer in service, but he was able to reach one dog’s owner. “I talked to him, and he was an older gentleman,” Cordray says. “He said that 24-years ago he had a lease on the other side of the river from where the gator was killed, and they always figured that the dog had been eaten by gators.” The owner said he had used his dog on deer drives and estimated his weight at 80-pounds.

McNeely manages the alligators on his property because he has two seven-year-old twin daughters, three labs, and duck impoundments near the Edisto River. “My wife is upset with me,” he says, “because I’m talking about doing a full mount. But I might do a rug mount. I haven’t decided just yet.”