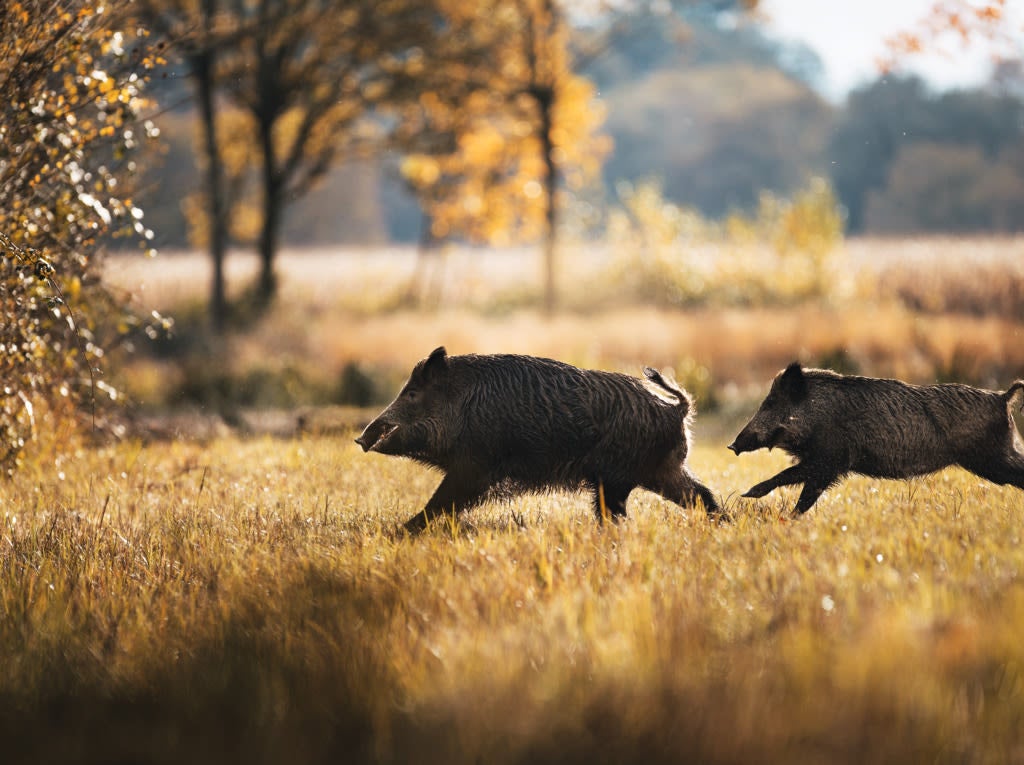 There are around 2 million wild boar in France. Swarovski
SHARE

La Chasse—French for “The Hunt”—is under fire in France. Anti-hunting groups are using hunting accidents and leverage sentiment among sympathetic politicians with a petition to change hunting laws and reduce the number of days when game can be pursued. The petition specifically aims to ban hunting on Wednesdays and Sundays. The organization backing the petition is called “Un Jour un Chasseur,” and the petition has reached over 122,000 signatures as of November 24, which is enough to garner significant political attention. The petition is titled “Morts, violences et abus liés à la chasse plus jamais ça!,” which translates to “Deaths, violence and abuse related to hunting never again.”

There have been several hunting-related shooting incidents resulting in injuries or fatalities this year in France, the latest being a 67-year-old motorist who was reportedly hit by a ricocheting bullet near Rennes in early November. The man died from the injury a few days later. Police opened a manslaughter investigation into that shooting, according to The Connexion. In total, 11 deaths were reported during the 2019-20 season, and 421 since 2000. The number may seem high but is not significantly higher than other recreation-related deaths. For instance, according to rfi, France tallies at least 1,000 swimming-related fatalities each year. But you don’t see anyone petitioning the government to reduce the number of days people are allowed to go swimming in the country.

France has a Long and Rich Hunting Tradition

Hunting in the rural countryside is a centuries-old tradition in France. The country of some 65 million people currently has approximately 1.2 million licensed hunters. Hunting is popular in France, although like many countries faced with shrinking wildlife habitat and access issues, license holders have decreased in recent decades. But according to France’s National Hunting Federation, a nongovernmental group, the number of newcomers to hunting is rising, up a reported 41 percent in the last seven years.

French President Emmanuel Macron is said to be supportive of rural traditions, but some pundits wonder if he might try to appease anti-hunters with a relatively uncontroversial measure, such as banning hunting on Wednesdays. Meanwhile, there’s an upcoming election, and presidential candidate Yannick Jadot from the Green Party wants to ban hunting on weekends and school holidays.

Some local elected officials, such as Mayor Françoise Louapre of Laillé in Ille-et-Vilaine, are looking at other safety measures. Louapre issued a decree banning hunting within 150 meters of homes and the use of rifles in most of her region. Still, Louapre also acknowledged the problems caused by crop-destroying wild boars on the landscape. “We want legislative decisions,” she stated. “We are not anti-hunting. We are not pro-hunting. We [just] want to change practices.” She and four other mayors are pushing for, among other things, medical certificates for hunters, better supervision regarding long-range rifles, and half-days without hunting on Saturdays and Sundays.

Like much of Europe, hunters in France already must go through a strict process—at least by North American standards—before being allowed to hunt. To obtain a license, hunters must pass a theory and a practical exam organized by the National Hunting and Wildlife Agency. The theory exam includes 21 questions based on knowledge of wildlife, hunting, rules and laws concerning hunting policies, as well as knowledge of arms and ammunitions and how to safely use them. The practical exam can only be taken once after applicants pass the theory exam. It involves simulated hunting with blanks, target shooting with black targets representing species that can be hunted and red targets representing protected species and animals that can’t be hunted, and shooting at moving targets.

A 19-member commission appointed by the French Senate’s Economic Affairs and Law Committees is set to address Un Jour un Chasseur’s petition. In a November 24 press release, the two committee chairs, Sophie Primas and Francois-Noel Buffet, declared that they “fully share the pain of the families of the victims and everything must be done to avoid such tragedies. There is no point in throwing hatred on hunters [and hunting]. We must study and put in place effective and proven solutions.”