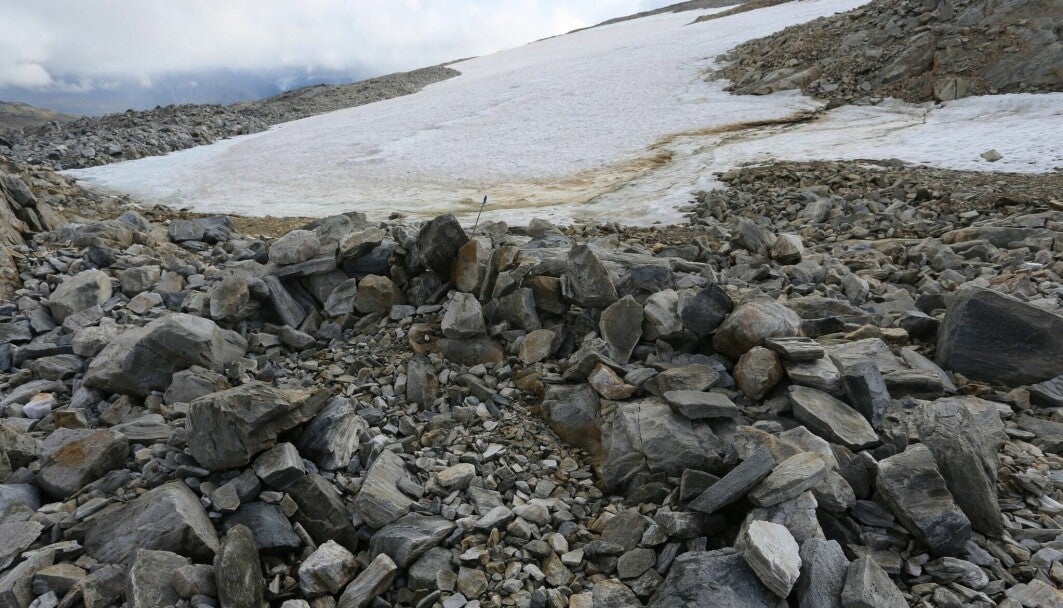 It’s like walking into a hardcore hunter’s gear room, only cooler because the stuff is from 800 B.C. A team of archeologists leading the Secrets of the Ice Project on Norway’s Sandgrovskardet site is finding a massive collection of relics as glacial ice fields recede. Archeologists have been making new finds in other parts of Norway as more glaciers melt, as well, but none display the quantity and span of time as in the Jotunheimen region where the Secrets of the Ice team is working. The area is home to Jotunheimen National Park, as well as Norway’s two tallest peaks. In ancient times, the region had “plenty of reindeer through the centuries and short distances between mountains and valleys where people lived,” archaeologist Espen Finstad told Science Norway.

Among the thousands of historical artifacts that have been found in the high mountain area include ancient trail markers, a snowshoe for a horse, and a tinderbox containing wood shavings. And the Secrets of the Ice Project recently unearthed some really interesting ancient hunting equipment. Here’s what they found:

The hunting blinds are half-circle, knee-high, rock walls. The archeologists theorize that hunters hid behind the walls as reindeer approached. Reindeer are known to retreat to snow when it’s hot and bugs are bothering them. The blinds were positioned so hunters looking at icy patches couldn’t be seen by reindeer. The researchers did not say exactly what time period the hunting blinds were from.

As the name implies, these 32 sticks were likely used for scaring wildlife. Hunters set them up before hiding in their blinds. The sticks are about three feet long and were used with flapping wooden flags on the top. The movement of the flag in the wind was meant to motivate reindeer to move into certain positions, according to researchers “You would bring a bunch of these sticks to the mountains and depending on the weather and wind and where the reindeer are found, you would calculate how best to make them move toward the hunting blinds and place lines of these sticks along the ice,” Finstad said. “It was a way of manipulating the animals to walk in the direction where you were waiting for them with your bow and arrow.”

Three of the five arrows were found with iron arrowheads. But the other two were really old and didn’t have any arrowheads. They are about as long as the scaring sticks, and they’re likely from around 800 B.C. based on their shape.