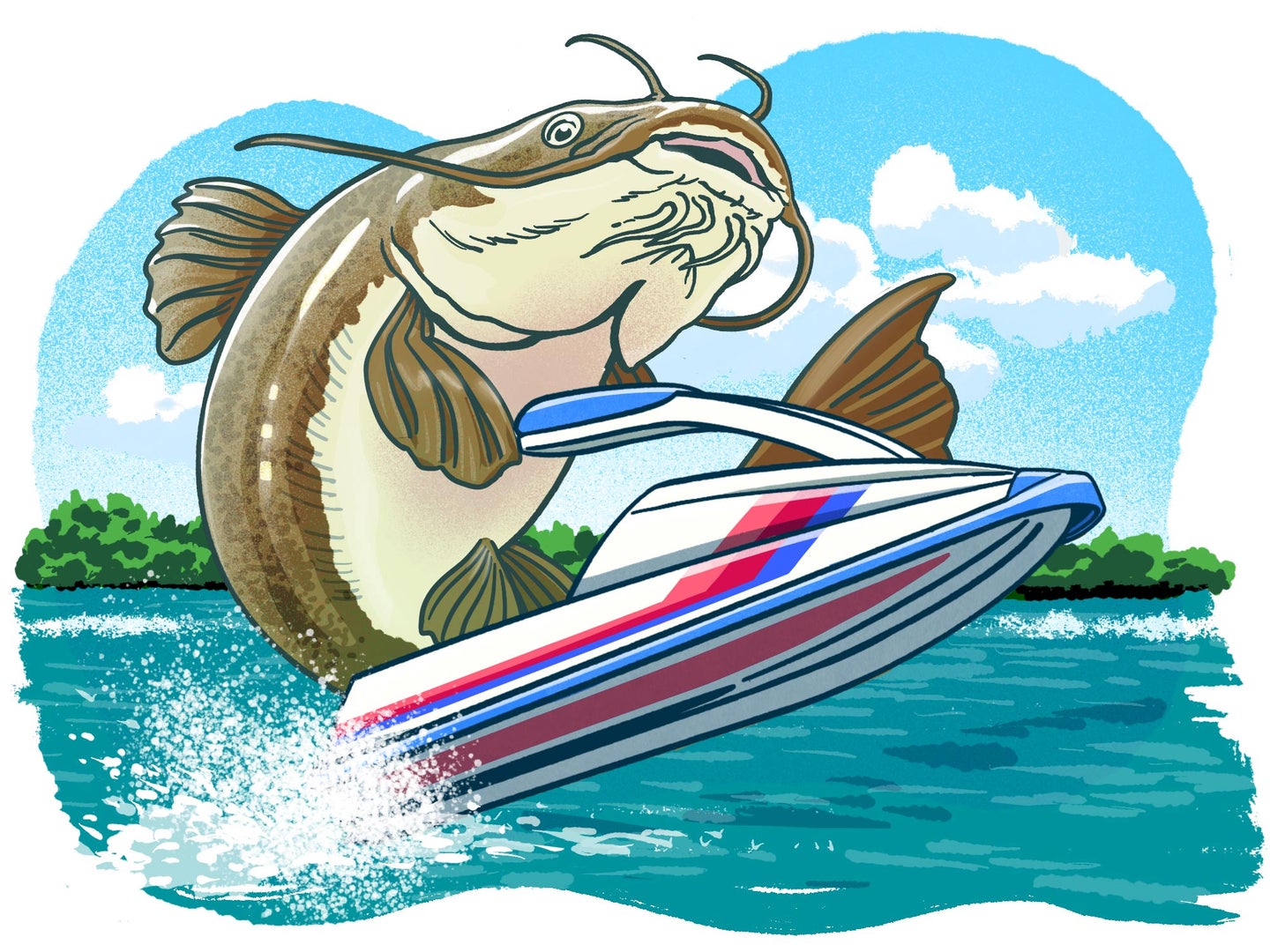 Naming Bucks, Government Overreach, and the Scariest Thing About Noodling

In this week's edition of Ask the Experts, F&S hunting editor, Will Brantley, has the answers to your most pressing questions

Up this week to answer your questions is F&S hunting editor, Will Brantley, and you’ve done a fine job of putting him on the spot—about his blind hatred for the 6.5 Creedmoor, how he feels about naming bucks, deep-fried mountain lion, and parental advice. Not to mention a few practical hunting questions. Here are his answers.

Q: The idea of noodling catfish kind of freaks me out. What’s the most dangerous part of it? —Mac Jones, via email

A: Everyone assumes they’ll get whacked by a snake, turtle, or beaver. But the fact is, when you’re neck-deep in a lake, it’s the drunk yuppies on jet skis that pose the biggest danger.

Q: I’m having trouble finding public-land spots to hunt. What should I do? —Justin Chesnut, via Instagram

A: You should jump on an internet hunting forum—I recommend The Duck Hunter’s Refuge—and just ask for GPS coordinates to a few favorite honey holes. Not only is it the easiest way to find spots, but it’s also a great way to make new friends.

Okay, seriously, the best way to find good public spots is just put in the work: pore over maps or use mapping software to find places other hunters will hesitate to go, call state agency biologists for any info they can provide, and then go walk and walk.

Q: Is there anything that doesn’t taste good deep-fried?  —Kerry Callahan, via email

Q: How can I take my duck calling and decoy placement to an advanced level? —Tate Miller, via Instagram

A: One quick drill is to go outside, do some calling, and record the audio. Playing it back might embarrass the hell out of you, but it will tell you what needs practice. Beyond that, watch and listen to real ducks. They never shut up or sit still. You’ll hear as many whistles and peeps as quacks and comebacks, and you’ll see the true value of movement in a decoy spread, be it from a jerk string or spinner or both. And keep in mind that decoy money is better spent on fewer, quality fakes than on a giant spread that looks like a bunch of faded plastic ducks.

Q: Why is it that hunters, most of whom eschew increased and overreaching government regulations and taxes, seem to reach for the “government button” whenever they want their hunting preferences forced on other hunters? —Silence Dogooder, via Instagram

A: I think it’s because funds for hunting and fishing don’t generally come from income taxes or other “government buttons,” but from the licenses and gear we buy and have taxed voluntarily in the name of keeping critters around. That gives us all a say, and we’re bound to disagree on some of it. So I’ll point out that crossbows belong in crossbow season, and you’ll go to Hell for shooting turkeys with rifles.

Q: Turkeys or whitetails, if you had to choose? —Stanley Finneran, via email

Q: What is the best muzzleloader bullet for expansion, penetration, and killing ability? — James T Schmitz, via Facebook

A: The best I’ve used is Federal’s B.O.R. Lock MZ 270-grain copper bullet. I’ve used them to kill who knows how many whitetails, as well as some big hogs and a bull elk. They check all the boxes you list above, plus they usually shoot great.

A: I suspect both Bill Jordan and Toxey Haas would tell you that sitting still in a good spot is more important. But camouflage does indeed work.

Q: What land and water features should I look for when scouting diving ducks? —Alex P, via Instagram

A: Feeding areas are the best. Diving ducks of all sorts are drawn to shell beds, and some of the best goldeneye shoots I’ve ever had have been over shad kills. Generally, diving ducks don’t like to finish to a decoy spread if they can see the bottom and they don’t like to fly over dry ground. If I’m setting up in a new area, I’ll start on a big, rocky point that protrudes well out into fairly deep open water.

A: I’ve never had a deer officially scored, but I shot one in Missouri years ago, with a big drop-tine, that we measured in camp at 162. By antler size, he’s the biggest. I consider my personal best whitetail to be a 137-inch 6-pointer that I shot on the family farm in 2016. I hunted that buck for years, he was old as Methuselah, and I still get chills thinking about him walking into bow range.

Q: Seriously, bro, what’s your problem with the 6.5 Creedmoor? —Ben S, via email

A: I now own three of them and have probably spent more time hunting big game with that caliber than any other during the past five years. It is an excellent hunting round with mild recoil, and it’s incredibly accurate. Still, I look at it with pure disdain. I don’t really know why.

Q: I see your son is really into hunting? At what age should I start my kids? —Rodger T, via email

A: Parenting advice is tough, and I’m reluctant to share any at all. When to let your kid hunt is your call, but I don’t think they’re ever too little to at least go with you. My son, Anse, was accompanying me on squirrel and turkey hunts when he was 3. He scared lots of shit off, but he learned to be quiet surprisingly quickly too. He started shooting guns when he was 4 and killed his first squirrel and deer when he was 6. He’s never known any different, and he does love it. But he’s only 8 right now, and he loves Pokémon, too. Ask me the same question in 10 or 12 years, and maybe then I can tell you if my way was the right way, or if I screwed it all up.

Q: What’s the worst name for a deer you’ve ever heard? —Fred Balkus, via email

A: This is a ploy to get me to condemn the naming of bucks. I won’t fall for it because some bucks just deserve a name. One gun season, my father-in-law shot an 8-pointer with a giant scrotum; I mean a bag of balls so big that you couldn’t help but gather around the truck bed to comment on it. This was before trail cameras were common, but imagine the fun we could’ve had naming that buck. I’d have called him Squirrel.