Go ahead and dream. Some lucky hunters are going to get drawn for these once-in-a-lifetime hunts. Why not you? 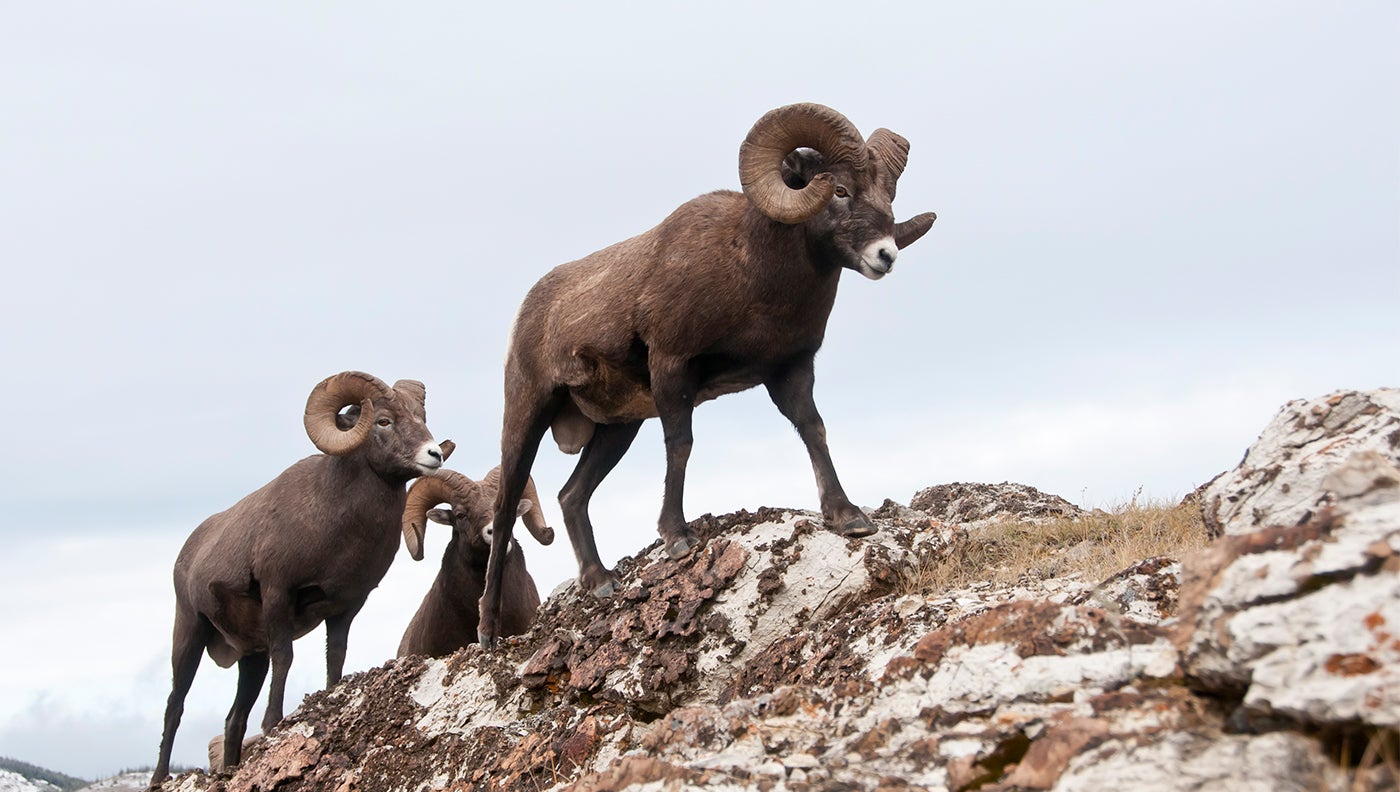 You can't get drawn for a sheep hunt if you don't put in for it. Mark Newman / Getty
SHARE

For years every June and July (the months when draw-hunt results are posted), I would roll my eyes and throw my hands up with each “Thank you for your application, but we regret to inform you…” email that hit my inbox. Then, in 2021, after 19 years of applying, I pulled a tag to bowhunt Rocky Mountain bighorn sheep and checked a true dream hunt off by bucket list. This past summer, my number came up again, and I was able to chase elk in a premier Centennial State unit I’d dreamt of hunting since I was a kid.

Some tags may seem impossible to draw, and some you never will, but like the lottery, you can’t win if you don’t play. One thing is for sure: You will never hunt elk in the Ferris Mountains or muleys in the Henrys or bighorns anywhere out West if you don’t put your name in the hat. So go ahead, take a chance. Here are eight tough-odds dream hunts you should apply for anyway—because if you hit the jackpot, you’ll be in for the experience of a lifetime.

In 2021, the rifle-hunting success rate for mule deer in the famed Henry Mountains was 96 percent, up three percent from 2020. Those who’ve hunted the Henrys will tell you to expect to spend the majority of your time behind glass studying antlers—and if you can swing it, bring help. Many hunters who pull this .8 percent success-rate tag with 25 points (it’s 100 percent with 26 points) enlist a team of helpers to get on a buck of a lifetime. Managed for trophy potential, the Henry Mountains range in elevation between 5,000 and 11,522 feet, and the current buck-to-doe ratio is estimated at 44:100. Hanksville is the nearest town, and there are a number places to camp in the unit. At roughly 1,345 square miles, the unit is 98 percent public land, and finding a buck that pushes the tape beyond 190 inches a real possibility.

Wyoming’s high-desert Unit 22, known simple as “The Ferris,” is spoken of in reverent tones among elk fanatics. Like other places where bulls are managed for trophy potential, draw odds are slim—less than 15 percent for nonresidents with 14 points and roughly 13 percent for those with 15 points. However, if you hit Cowboy State Gold, you’ll be hunting a unit that’s loaded with BLM and state-owned lands and where your odds of finding a bull that’ll score north of 340 inches are good. If that weren’t enough, you’ll have a long season in which to get the job done, too. Most roads are well-maintained in this 88-percent public land unit, and the bull-to-cow ratio is insane. The latest information from Wyoming’s Game and Fish Department shows 102 bulls for every 100 cows. The success rate in 2021 was 68 percent for rifle hunters.

Draw this tag and you’ll be able to kick off your bow season at the beginning of August with a great chance at taking a speed goat that pushes the tape north of 75 inches. The typical drill is to locate a few well-used waterholes, spend some time glassing to find a good buck, and then set a blind in bow range. The success rate for Unit 67 and 68 pronghorn in 2021 was 33 percent for archery hunters. More than 60 percent of the area is public land, and hunters who put in their time will find no shortage of goats in this sagebrush-covered part of the state. The current buck-to-doe ratio is 33:100, and once nonresidents accrue more than 11 points, draw odds increase to over 20 percent.

With only a handful of tags awarded for this unit each year, the chances of drawing, even with 20 points, are less than 1 percent. But as Loyd says to Mary in Dumb & Dumber, “So, you’re telling me there’s a chance.” As someone who’s been lucky enough to pull a bighorn tag and take a great ram, I can tell you that there is nothing quite like it, and this northwest Montana unit has everything you want: a physical challenge, spectacular scenery, a healthy bighorn population, and the chance to put down a ram over 180 inches. The Cabinet Mountain unit is more than 85 percent public land, and though the terrain is rugged, hunters who tough it out and put in their time are almost certain to find a worthy ram. In 2021, hunters in the unit posted a 100 percent success rate.

Renowned for producing monstrous Shiras year after year, Colorado’s Unit 76 is what every western moose hunter dreams of. The unit is massive and with a wide range of topography, from low-mountain valleys to rugged alpine basins above timberline. Hunters willing to work should be able to wrap their tag around a 50-inch moose. Colorado has a weighted point system for moose, and once you have three weighted points, your name is in the hat. But don’t get too excited; current success rates for nonresidents with 22 points hover under 2 percent. But if you do pull a coveted Colorado Shiras tag, you get to hunt all three seasons. In 2021, the state issued 22 nonresident bull tags and 21 nonresident cow tags. Colorado’s Unit 76 measures just under 1,000 square miles and is 94.3 percent public land.

Home to some of the most impressive mule deer anywhere, Arizona’s Unit 13A, known as “The Strip,” draws attention from muley fanatics spanning the globe. Although deer densities are low, quality is insanely high, with numerous 200-plus-inch bucks taken yearly. Over 80 percent of the unit is open to public hunting. Nonresident archery hunters have less than a 1 percent chance of ever drawing this tag, but it’s not impossible. If you are so lucky, it’s a good idea to enlist the help of a guide willing to put in the hours before your hunt to find and sit on a giant. That is, unless you can take from August 1 through the season opener off to scout. Rolling, sage-sprinkled hills and deep canyons make up much of this unit, and it pays to know where the water sources are. In 2021, archery hunters here posted a success rate of 44 percent.

If I could hunt only one state, in one unit, one time for a monster bull, it would be Utah’s Plateau, Boulder unit. As a nonresident, I have a 1.2 percent chance with 21 points, and odds are I will never step foot in the unit, but I will never stop trying either. Part of Garfield County, the area is renowned for huge bulls, with more than 25 B&C entries for typical elk and 13 for nontypical. Though hardly lurking in every pocket of timber, 380-plus-inch bulls are possible, and with 97 percent of this nearly 5,500 square-mile unit being public dirt, you’ll have plenty of room to roam.

Read Next: Best Broadheads for Elk of 2022

The Land of Enchantment offers a single nonresident tag for desert bighorn sheep, but if lightning strikes and you’re a lucky recipient, you’re in for one hell of an adventure. Since 2012, the number one all-time Pope & Young ram and number five all-time Boone & Crockett ram have come out of the state. The season is short, so plan on working with an outfitter or getting to the area early to scout. Hidalgo County is a popular location, as is Socorro, and if you put in your time, you’ll find the desert bighorn of a lifetime.