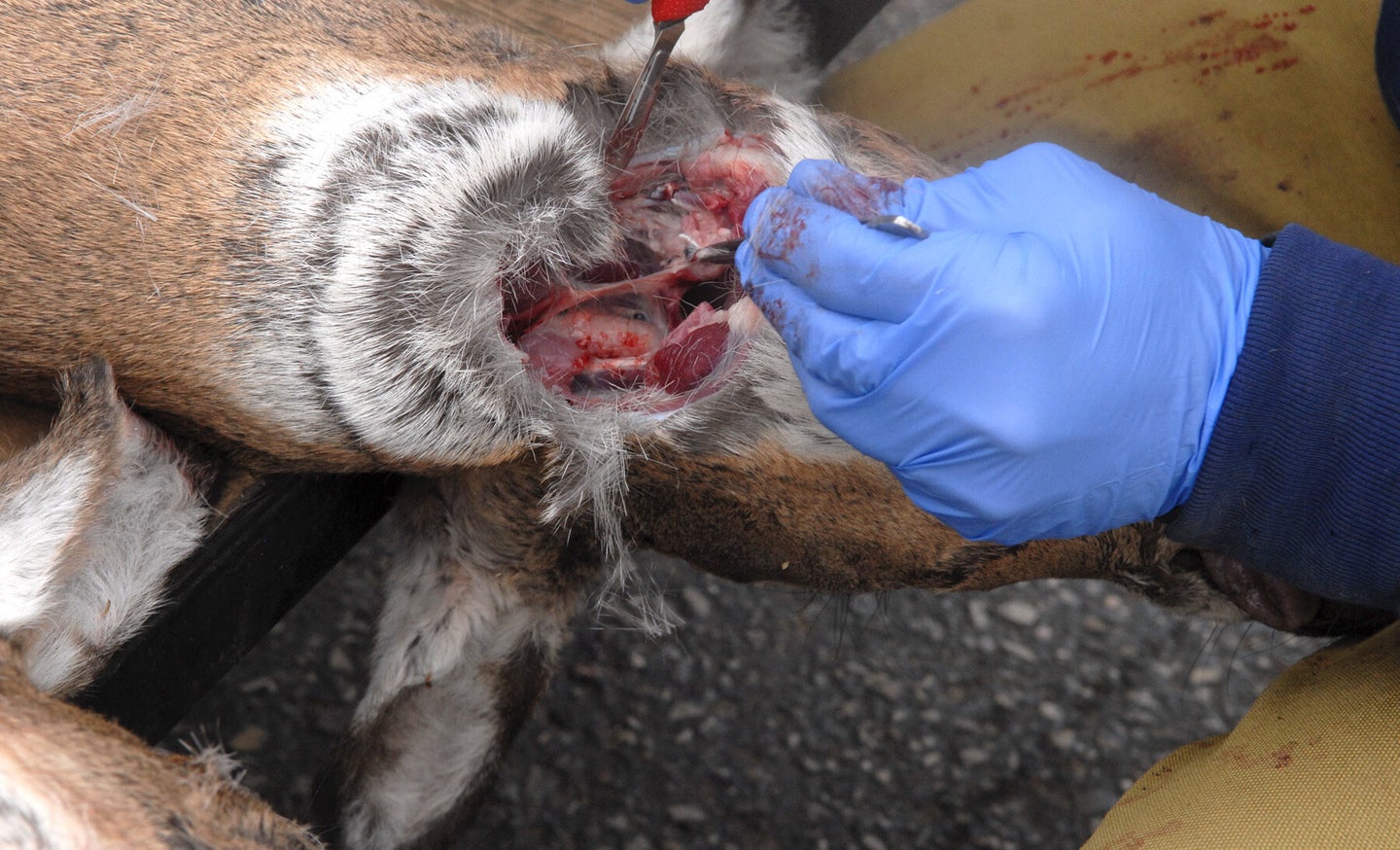 Update: On Wednesday, December 8, the U.S. House of Representatives passed the Chronic Wasting Disease Management and Research Act in a resoundingly bipartisan 393 to 33 vote. The legislation would designate $70 million towards studying and stopping the spread of chronic wasting disease, a fatal affliction that has been devastating deer populations across the country. Following yesterday’s vote, the Senate must now introduce and vote on a companion bill before the legislation can be enacted. F&S will continue to report on the bill’s progress. Read below for the original story we published on the legislation in October.

State and tribal game agencies, as well as captive cervid farmers and deer hunters, stand to reap big benefits in the fight against chronic wasting disease (CWD) if a bill introduced by Representative Ron Kind (D-Wis) and Glenn Thompson (R-PA) is ultimately passed by Congress. The Chronic Wasting Disease Research and Management Act would authorize $70 million in annual spending from 2022 through 2028, with dollars split evenly between research and management.

The implications for the nation’s whitetail hunters could be huge. While the science for quicker and more effective CWD testing currently exists, funding for the actual implementation of that testing has been sorely lacking. This legislation could solve that problem. In addition, research into how CWD spreads and the most effective strategies for managing that spread has not advanced fast enough. More money to fund that research could be a game-changer, helping state agencies respond in a more effective manner.

According to a press release from the Theodore Roosevelt Conservation Partnership (TRCP), the legislation would authorize $35 million annually for state wildlife and agriculture agencies for CWD management and another $35 million annually for CWD research and testing. It would also direct the USDA to improve cooperation with captive operations to reduce risk and produce educational materials on best CWD practices.

“Curbing the accelerated spread of this disease each year requires an all-encompassing effort that can only be achieved by the pragmatic, bi-partisan approach in this bill,” said Whit Fosburgh, president and CEO of the TRCP.

As a hunter who lives and hunts in a CWD-positive area, I see a lot of hope in this proposed bill. Right now, the primary response to CWD by state game agencies is to cull a bunch of deer, a move that can quickly sour hunters. If increased research results in better management strategies, hunters will be more likely to get fully on board to fight the disease.

Also, the need for speedier, more convenient testing of harvested animals is critical right now. Hunters need to know quickly if they can eat the meat they harvest and, perhaps even more important, how they should dispose of infected carcasses.

Finally, deer farmers should embrace this legislation. Much of the blame for CWD has been laid at their feet, and rightly so in some cases. But there are honest operators out there, too. More research and better testing will allow them to keep their herds disease-free and refrain from transporting positive animals, which would be a benefit to everyone.