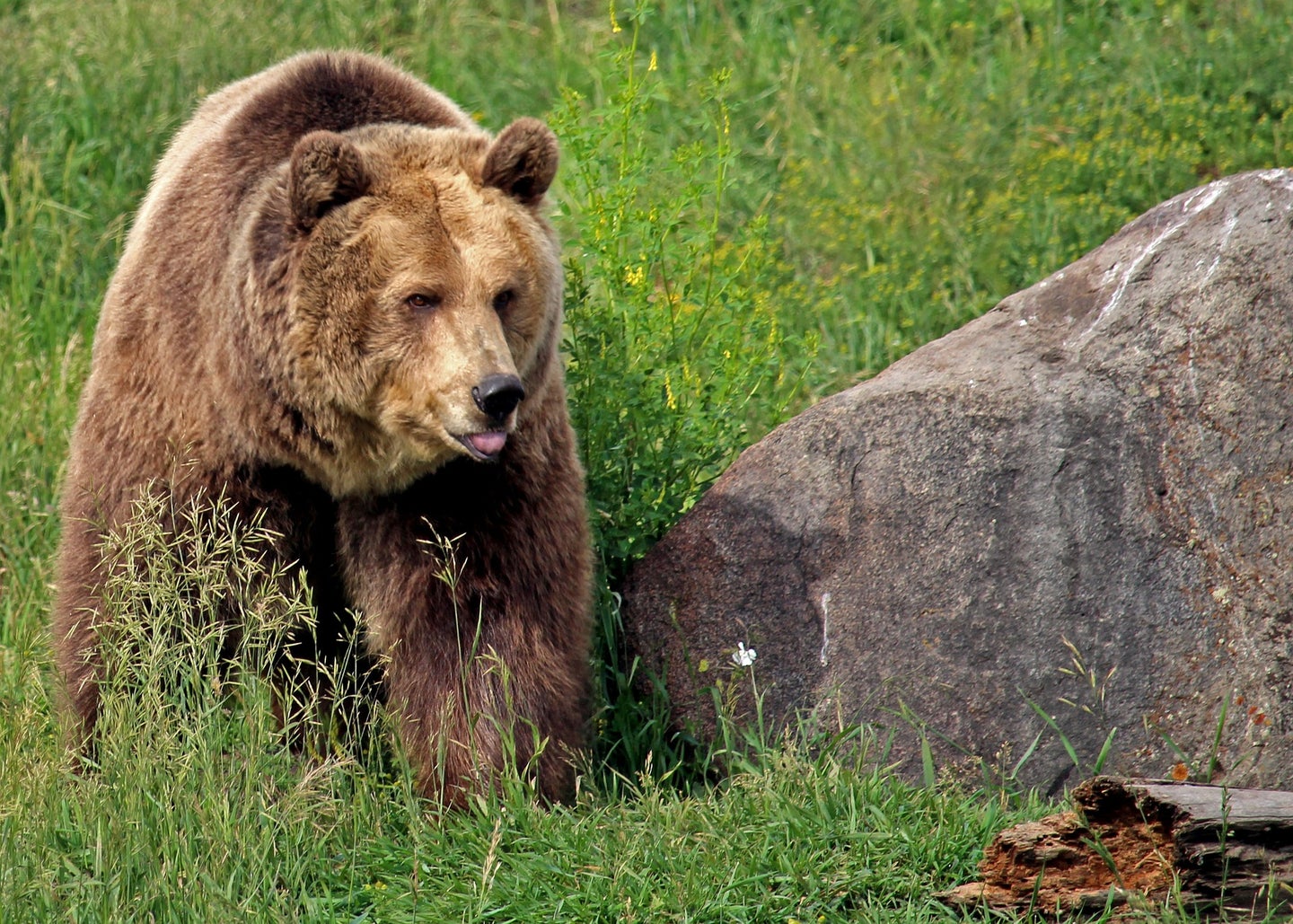 An upland bird hunter was attacked by a grizzly bear on Tuesday afternoon in Teton County, Montana. According to Montana Fish, Wildlife & Parks (FWP), the man encountered the bear around 1 p.m. while hunting in a creek bottom east of the town of Choteau. The hunter was able to shoot at the bear with his shotgun and then a sidearm—wounding the bruin and effectively stopping the attack.

The 51-year-old Washington state man was hunting with his wife, and the couple’s dog was moving in to flush a bird when a bear weighing nearly 700 pounds charged them, FWP spokesman Dave Hagengruber told the Associated Press. According to Hagengruber, the bear knocked the man down and stepped on him before the hunter was able to shoot it. After being wounded, the bear retreated into the brush and the couple left the area with their dogs.

After consulting with the U.S. Fish and Wildlife Service, FWP bear management specialists, game wardens, and Teton County deputies returned to the site and located the bear using a drone, the AP reports. They then euthanized the wounded animal, according to an FWP press release. “[The] bear had no known previous history of human conflict and had never been handled by bear managers,” the press release reads. “Evidence at the site suggested the attack was the result of a surprise encounter.”

The incident is a stark reminder that surprise encounters are always possible when hunting in bear country. FWP advises hunters to remain vigilant and safe by keeping bear spray in a readily accessible location, always being cognizant of bear sign, particularly in areas of low visibility like creek bottoms, hunting with big groups, and making “localized noise” that can alert bears to your presence. More information about hunting in grizzly bear country is available here.