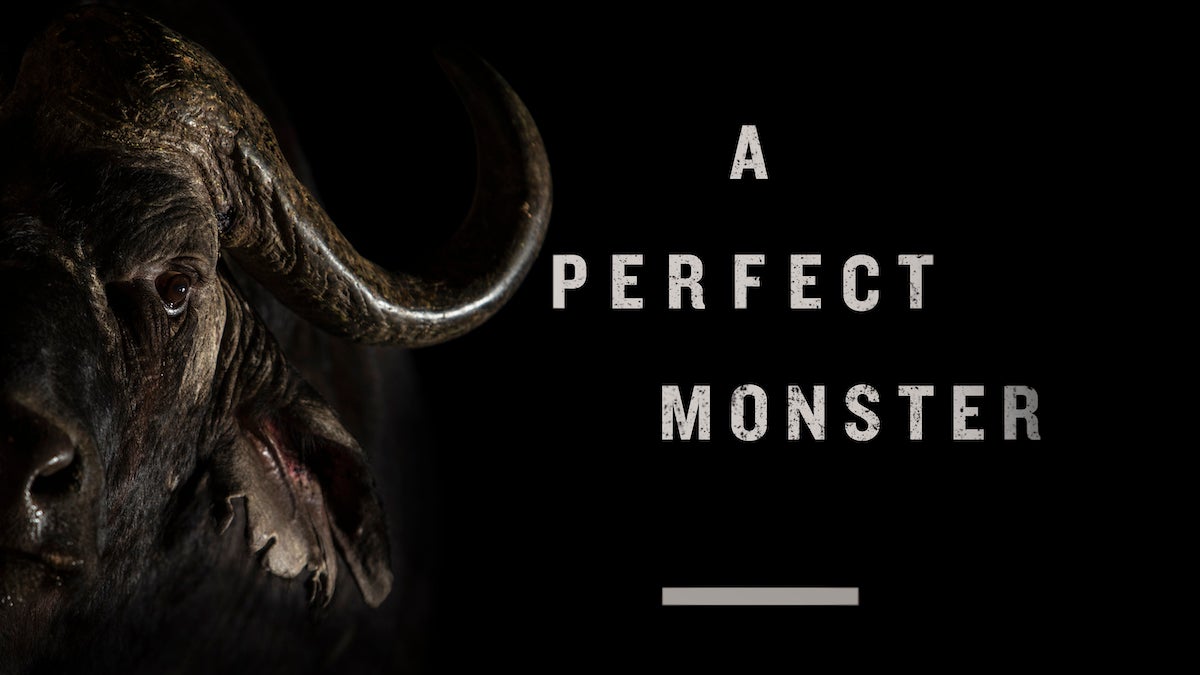 Is The Cape Buffalo Really a Monster?

Classic safari stories have transformed the Cape buffalo into a four-legged fiend. But drawing from his own hunting experience, the author calls into question our fear of this animal

THERE’S SOMETHING in the human psyche that requires us to slay monsters. Werewolves must be shot with silver bullets. Vampires must have wooden stakes driven through their hearts. Witches must be burned at the stake.

All of these beings are imaginary, but in the animal kingdom, there’s a monster that is not. He goes by the names of nyati and m’bogo and Syncerus caffer. We know him as the Cape buffalo.

Probably no one has done so much to cloak the buffalo in monsterhood as the writer Robert Ruark. In the early 1950s, Ruark made an extended safari to Kenya and Tanganyika, hunted Cape buffalo with PH Harry Selby, and discovered that he was petrified of the beasts. As Selby’s trackers put it, Bwana Ruark had “bad legs and much fear.”

Ruark went on to write about Cape buffalo in Field & Stream and his own nonfiction book Horn of the Hunter, as well as his blockbuster novel Something of Value. He referred to a dead buffalo as “the great, scabby, tick-covered destruction” and gave this description of a live one: “He looked at me like I owed him money.” Ruark was the first major writer on hunting I know of who openly admitted that he was terrified of something, and this made an indelible impression on the hunting public.

None of this squares with what I have seen. I shot my first Cape buffalo in Zambia in 1981, and what was probably my last in Zimbabwe in 2017, and I hunted them a lot in between. Good taste prohibits me from giving you numbers, but I can tell you that the farthest shot I took was something over 200 yards and the closest was 2 feet from the toes of my boots.

Buffalo do not look cuddly. Hippos, which are far more dangerous than buffalo, and which kill more people than any other large animal in Africa, look comical if they are not biting your boat in half. Elephants look wise. However, there is nothing on four legs that is more dangerous than a cow elephant with a calf. ­Lions look noble. Leopards are grace personified

Cape buffalo, on the other hand, are indeed scabby, and are often covered in mud and shit. Their customary expression is baleful. There is no grace to them whatsoever.

And they are not huge. About the biggest buffalo bull you’ll see will be 1,600 pounds, which is big, but when you compare it to the weight of a hippo (4 tons) or a rhino (5 tons) or an elephant (6 tons), huge is not the adjective you want. When you see a buff dead on the ground, your impression is that it is more compact than anything else—immense power contained in a surprisingly small package.

Probably much of the exaggeration of the Cape buffalo’s size happens because people confuse them with American bison, which easily go above a ton, and Asian water buffalo, ditto. Also, slaying a beast that gins up your adrenaline as old nyati does inflates the BS factor to dangerous levels.

Buffalo do have extraordinary senses of smell, hearing, and sight. This is not so they can better kill humans, but because nature made them a food item. Buffalo are among the best eating of all African game (I think they are the best, better than eland), and there’s a lot to them. A pride of lions—their main predator—that takes down a grown Cape buffalo is going to have good meals for a week. All buffalo know this from the time they drop from Mama’s womb.

Buffalo are also aware, on some level, that if the lions get to them, they are in for a very unpleasant death. About the fewest lions that will take on an adult buffalo is three. More likely it will be 10, and each one is highly qualified. Typically, one cat will sink its fangs in the buffalo’s anus, which limits its mobility. A second one will leap on the bovine’s back and begin gnawing on its spine to sever the spinal cord. A third will grab the buff by the nose, and a fourth will fix its fangs in the throat and chomp down. This last is what produces death, and I swear that lions purr like giant house cats as they do it.

Very often, the lions start to chow down as the buffalo is dying on its feet. The prospect of being eaten alive does not contribute to a sunny disposition.

Buffalo are flat-out afraid of humans, who do not offer so terrible an end as lions but deal in death from afar with little chance at payback. You’ll discover, should you be lucky enough to hunt buffalo, that your biggest problem is getting close enough to shoot. Mostly what you’ll see is vague gray shapes hidden by leaves, twitching ears, and then a grunt and the thunder of hooves and it’s time to start walking again.

I believe that I’ve had one easy buffalo hunt, and it was for the best bull I’ve ever killed. In Zimbabwe, in 1991, we walked into the middle of a largish herd that was bedded down in the shade at noon and stood and watched. Then the PH saw what looked like a very good bull lying maybe 50 yards away. We waited, and eventually he stood up and was, by God, a very good bull, and so I shot him and that was that.

Ruark made much of the buffalo’s ability to soak up repeated rounds from big rifles and live long enough to kill the people who had done the shooting. This is true. (It should be added that Ruark was a terrible rifle shot, which didn’t help matters.) If you hit a buffalo in the guts, it becomes a different animal, and it can absorb an unbelievable amount of punishment before it ceases and desists. Sometimes you can shoot them fatally in the lungs or heart, and they’ll still try to get payback.

Most buffalo-caused fatalities are the result of rotten shooting, of which there is a great deal, and in the past they were often caused by crummy bullets, of which there were a great many. Soft-noses disintegrated. Solids bent or riveted or separated.

Also, I’ve come to believe there is a minimum threshold for buffalo rifles. The first four buffalo I took were with a .375 H&H. It killed them, eventually, but it didn’t make believers out of them. On my next safari I took a .458 Winchester and was much happier. After that I tried a .458 Lott and a .416 Remington. The Lott bashed buff flat, but its recoil caused me problems. The .416 Remington, I’ve found, is the ideal compromise.

On the other hand, I know PHs who have shot buffalo on control, thousands of animals, with nary an exciting story to tell, and very often with a .375 H&H because the ammo is cheaper than the big stuff and the recoil is less. Warren Page, who was a buffalo fanatic, and who had a chance to try everything, favored the .375 Weatherby (not the horrific .378 Weatherby), which is a .375 H&H souped up about 250 fps faster.

Of course, much of this is academic, because standing alongside you when old nyati is at hand will be a professional hunter who has an even bigger rifle than you and who, unlike yourself, will not panic and forget to flip the safety or flinch or wet himself or throw down his rifle and run away, yelling for his mother. What he will do is shoot the buffalo through the eye and drop it. With trackers out ahead of you and to either side, and a dead shot with a powerful gun who is going to save you no matter how badly you screw up, you are in little danger of being killed by a Cape buffalo.

My last buffalo was the biggest-bodied one I ever took. I killed him in Zimbabwe in 2017. He was a dugga boy with two younger friends (who deserted him), and he ran from us for the better part of a week. He dodged and he danced, and he was very good at it, but eventually his luck ran out and I shot him, in the shoulder, with my .416 Remington, and he took off. After a long minute or so we heard the characteristic ­mmmmmmmmbawwww of a Cape buffalo saying goodbye.

Ambush and retribution were not on his mind in his last moments on earth. In his terror and desperation, he had run between two trees and was caught at the loins. He died there, stuck in place, and that is how we found him. The animal only wanted to live a little longer. Just like the rest of us.