According to the Executive Director of the Minnesota Deer Hunter's Association, nothing could be worse for slowing the spread of CWD than the transport of animals between captive-deer farms 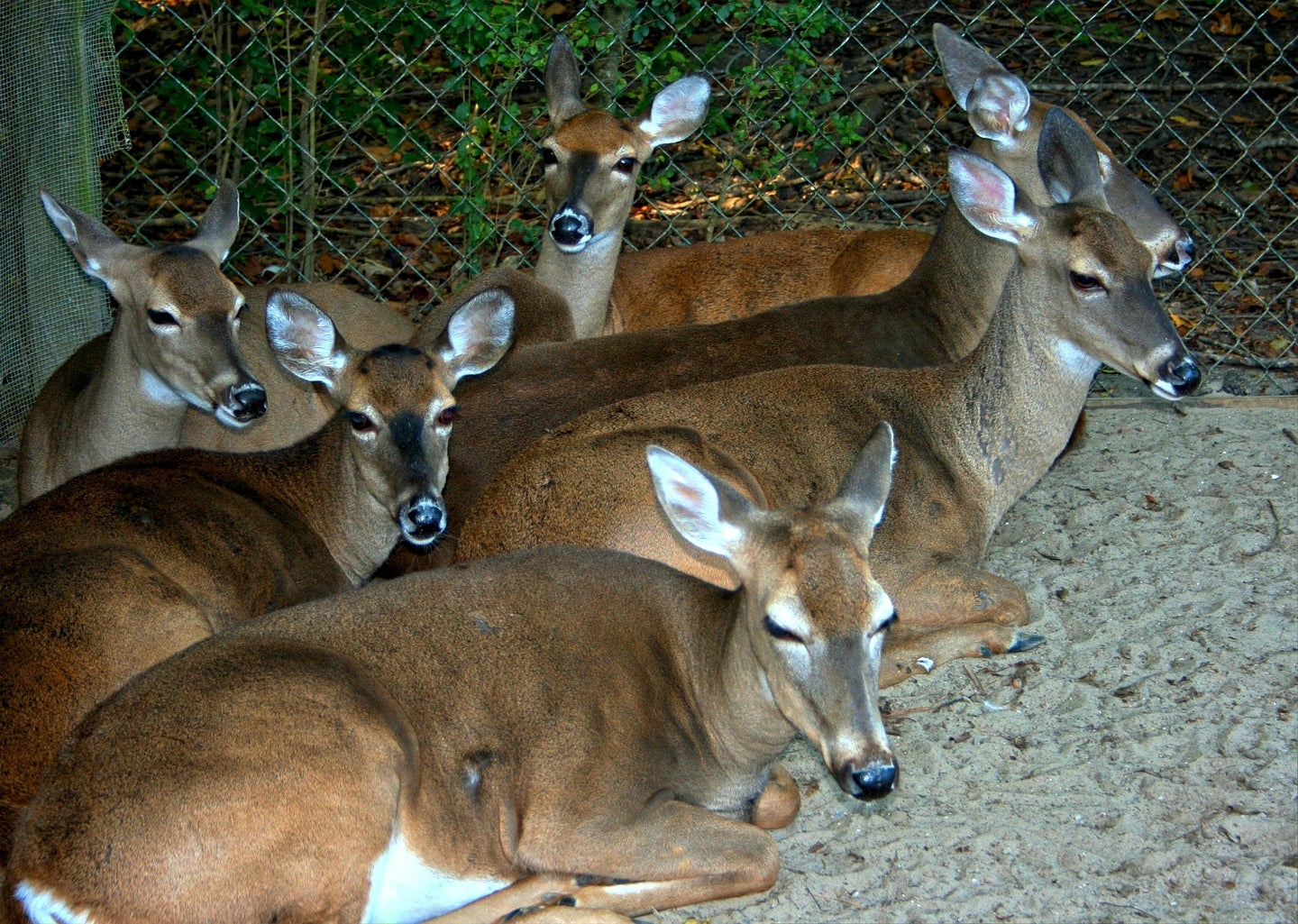 More than 50 deer were killed at a Minnesota deer farm last fall due to a CWD outbreak. JamesDeMers from Pixabay
SHARE

The Minnesota Deer Hunter’s Association (MDHA) kicked a beehive when it called for an end to deer farming in the state last week. But Executive Director Craig Engwall said his group has actually held that position for at least two years. “We issued a press release following our annual meeting in 2019 that, among other actions, called for a ban on any in-state and interstate movement of captive deer, a moratorium on any new deer farms, and a voluntary buy-out of existing farms,” he said. At the time, the proposed ban didn’t get much attention. But it is now.

The discovery of Chronic Wasting Disease and the resulting fall-out at a Beltrami County deer farm last fall convinced the MDHA that it was time to amp up its efforts. “That incident was a big deal and hit close to home,” Engwall admitted, noting that the northern Minnesota facility was closer to MDHA headquarters than any previous positive case. After a single CWD-positive whitetail was discovered at the Beltrami County facility, 54 deer were killed, and an additional 12 positive cases were found. Officials also discovered that the farm had illegally discarded carcasses of animals on nearby state land.

Engwall said the end of the state legislature’s recent session only emphasized the need for the MDHA to take action on CWD. Criticism of the state’s Board of Animal Health (BAH) oversight of captive cervid facilities had led Minnesota Governor Tim Walz to reach out to state legislators, writing: “It’s clear that we need a new strategy to address the problem of CWD in farmed whitetail deer.” While lawmakers balked at a moratorium on new facilities, they did cede partial supervision of deer farms to the state’s Department of Natural Resources (DNR).

But that wasn’t nearly good enough for the MDHA, which felt the legislature had just nibbled at the issue, and that it was time to ramp up their message about wanting to finally put an end to captive-deer farms altogether in the state. I contacted Engwall to ask him why he thinks deer farming should be banned and what deer hunters have to gain from it.

One of the biggest frustrations for the MDHA, says Engwall, was the apparent dismissal of the results and recommendations of a 2018 audit performed on the BAH’s oversight of deer farms. That audit, conducted by the state’s Office of the Legislative Auditor (OLA), recommended a host of changes, including expanding the board, improving CWD testing protocol, stiffening penalties for failures, and reviewing animal-import regulations.

The BAH board and the industry have done very little to implement the recommendations of that audit, according to Engwall. “One-third of the farms failed to submit tissue samples from dead deer and elk for testing. Only a small number of farms are double-fenced. Meanwhile, deer are being transported from farm to farm, here in Minnesota and across state lines.”

While Engwall stresses that he senses no evil intent in the lack of deer-farm oversight, he does believe that the resulting harm has been overlooked. “While deer farms are obviously a way of life for those who own them, they’re pretty small players in the agriculture industry,” he says. “The problem is that those captive deer are contributing to a disease that affects wild deer and the people who love to hunt them. And that’s a very big deal to us—to hunters.”

While many CWD discussions degenerate into finger-pointing at where the disease originated, those who worry about beginnings are missing the point, Engwall insists. “I don’t care if you say, as some do, that wild deer are actually infecting captive deer. The disease is here now and is likely here to stay. The undeniable threat is the movement of potentially infected animals, and the very nature of most deer farms is to transport deer long distances and regularly. Nothing could be worse for slowing the spread of CWD.”

Minimizing that movement is already a widely acknowledged and accepted means for disease control, Engwall says. “Fishermen help stop the spread of invasives by cleaning their boats after leaving a lake. Campers who come from areas infected by Emerald Ash Borer know to leave their firewood at home when they travel. Issuing a moratorium on transport of any captive deer, within state borders and beyond, only makes sense.”

Engwall acknowledges that the MDHA’s more aggressive stance of ending any new permitting of deer farms and the buying out existing ones is controversial—but also logical. “Obviously, I don’t expect those items to be embraced by the deer industry,” he says. “But if you look at things from a purely economic viewpoint, it makes sense. The captive-cervid industry in Minnesota is relatively small, generating at best, $20 million annually. Meanwhile, there are over half a million deer hunters in the state, and those hunters generate an estimated one-half to three-quarters of a billion dollars each year. Wild whitetails represent a tremendous economic impact annually; the fall deer hunt can literally change the nature and economy of a small town in this state.” And even if you take economics out of it, he says, deer farms, by spreading CWD, threaten a public resource that is cherished by hunters and non-hunters all across the state (and beyond).

To support the buyout plan, Engwall points to the commercial fisheries that existed on Rainy Lake and Lake of the Woods, now among Minnesota’s most popular sport fisheries. “The state funded a 7-year buyout of those licenses, and the sport fishing that resulted in the wake of that was tremendous,” he says. “While the nuts and bolts of a deer-farm buyout might look different, the general process has a precedent.”

The MDHA’s Next Steps To Address Captive Deer

The state legislature won’t reconvene until January, and Engwall says the MDHA will spend the ensuing months building consensus for its plan. “We look forward to talking to our representatives about the issue and talking with as many groups as we can. The main thing is, we have time. We didn’t spring this on anyone in the middle of a session. We acknowledge and welcome the broad and lengthy discussions that should occur before any action is taken. We recognize that there has to be bi-partisan support for things to change.”

Engwall says that MDHA membership, which is 20,000 strong in 60 chapters across the state, has showed strong support for the measure. “We hope our conservation group partners within the state will join us on the issue as well,” he stresses. “We also hope this will start a national discussion on the topic that will involve other groups—the National Deer Association, the Mule Deer Foundation, Rocky Mountain Elk Federation—that have a stake in the health of wild cervids. We feel passionately that things need to change, and it’s our job to foster that discussion. Our current focus is on the situation we have here in Minnesota, and we’re not making suggestions about what other states or the federal government should be doing. But if out actions spur a broader discussion about cervid farms beyond Minnesota, that can only be a good thing.”

Note: F&S reached out to several Minnesota deer farmers for this story. Most did not get back to us, and the one that did wasn’t interested in being interviewed.