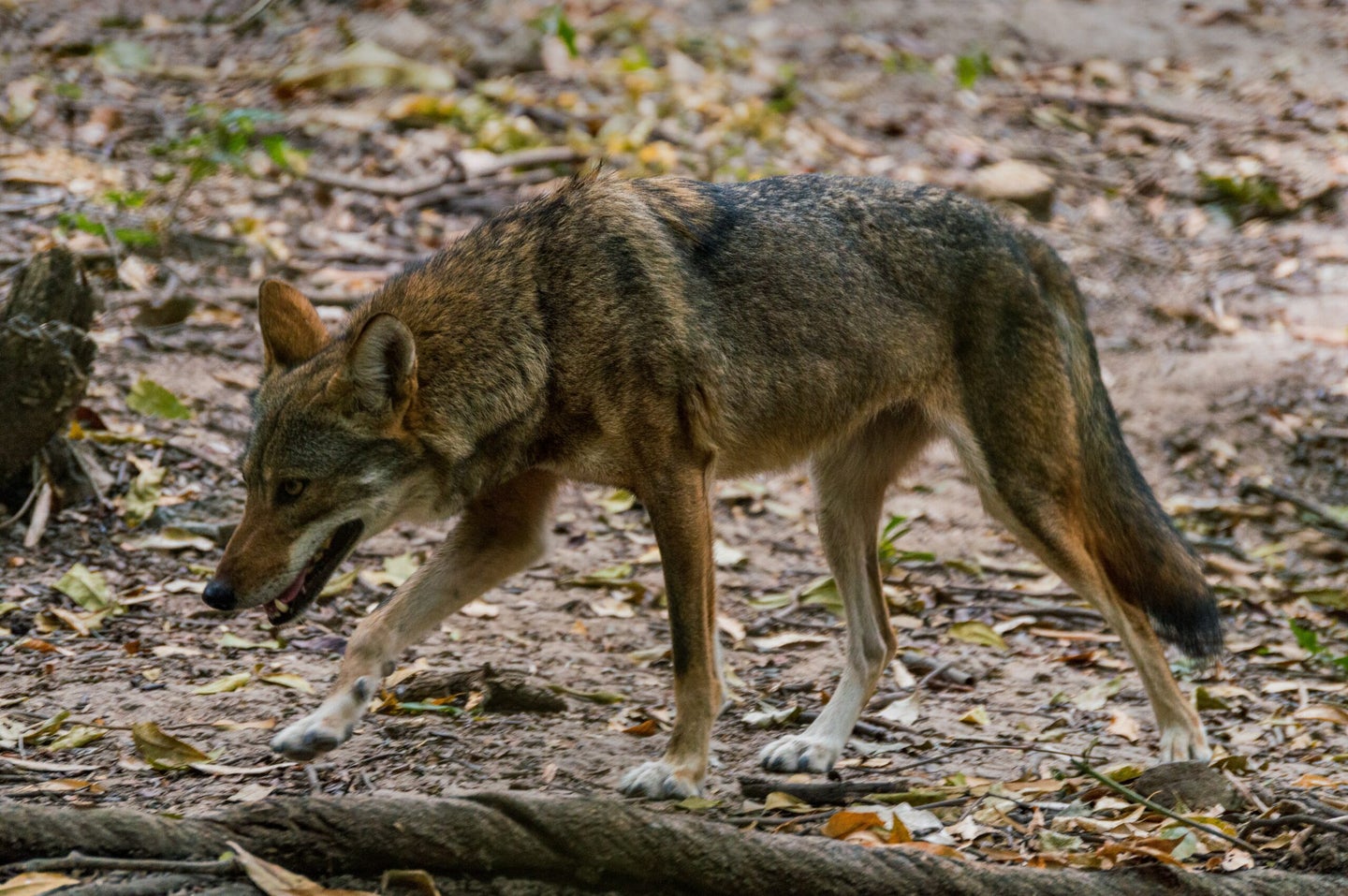 In South Carolina, wildlife managers believe that deer herds are suffering from coyote predation. Officials from the South Carolina Department of Natural Resources (SCDNR) report a 30-percent drop in the deer population since 2002. Though the decrease may be alarming, wildlife officials say the state’s herd is still in good shape. But to take pressure off of deer, the state is calling on hunters to help curb the expanding coyote population in the region. To sweeten the pot, the state is offering a free lifetime hunting license to any hunter that takes a tagged coyote.

Coyotes are relatively new to the Palmetto State, only arriving about 30 years ago. They have spread throughout South Carolina since their first appearance in 1978, and are now present in every county. Some speculation exists as to where the coyotes came from, though the SCDNR believes they were illegally introduced for hound running. The Department would also like to dispel the reoccurring rumor that the SCDNR imported and released coyotes for deer management.

The SCDNR created the Coyote Harvest Incentive Program in 2016 to motivate hunters to target coyotes. Each year, the SCDNR traps, tags, and releases four coyotes per game zone, for a total of 16 in the state. Since the program was started, 80 coyotes have been tagged and released. As of 2019, approximately half of the tagged coyotes have been reported taken. The program seems to be working, with the SCDNR reporting that coyote populations have declined by 25 percent since 2014.

While the consensus among wildlife managers is that coyotes have little impact on deer populations at the landscape level, research suggests they can have a tremendous effect on recruitment. A study conducted by researchers from the Warnell School of Forestry and Natural Resources at the University of Georgia, the Georgia Department of Natural Resources, and the Joseph W. Jones Ecological Research Center showed that coyote predation accounted for 52.4 percent of all fawn deaths and 68.7 percent of predation-caused mortalities in the conifer forests of Georgia. Analysis during fawning season showed deer remains in about 40 percent of coyote scat collected, suggesting that coyote predation has meaningful effects on fawn survival in that ecosystem.

Anyone who takes and reports a coyote tagged with one of the uniquely identifiable SCDNR coyote tags will be rewarded with a free lifetime hunting license. If you encounter one, contact the SCDNR using the information printed on the specially marked tags. Coyotes tagged during any year of the Coyote Harvest Incentive Program are eligible for the lifetime license. The person reporting the tagged coyote has the option to designate anyone for the lifetime license, such as a child, relative, or friend.