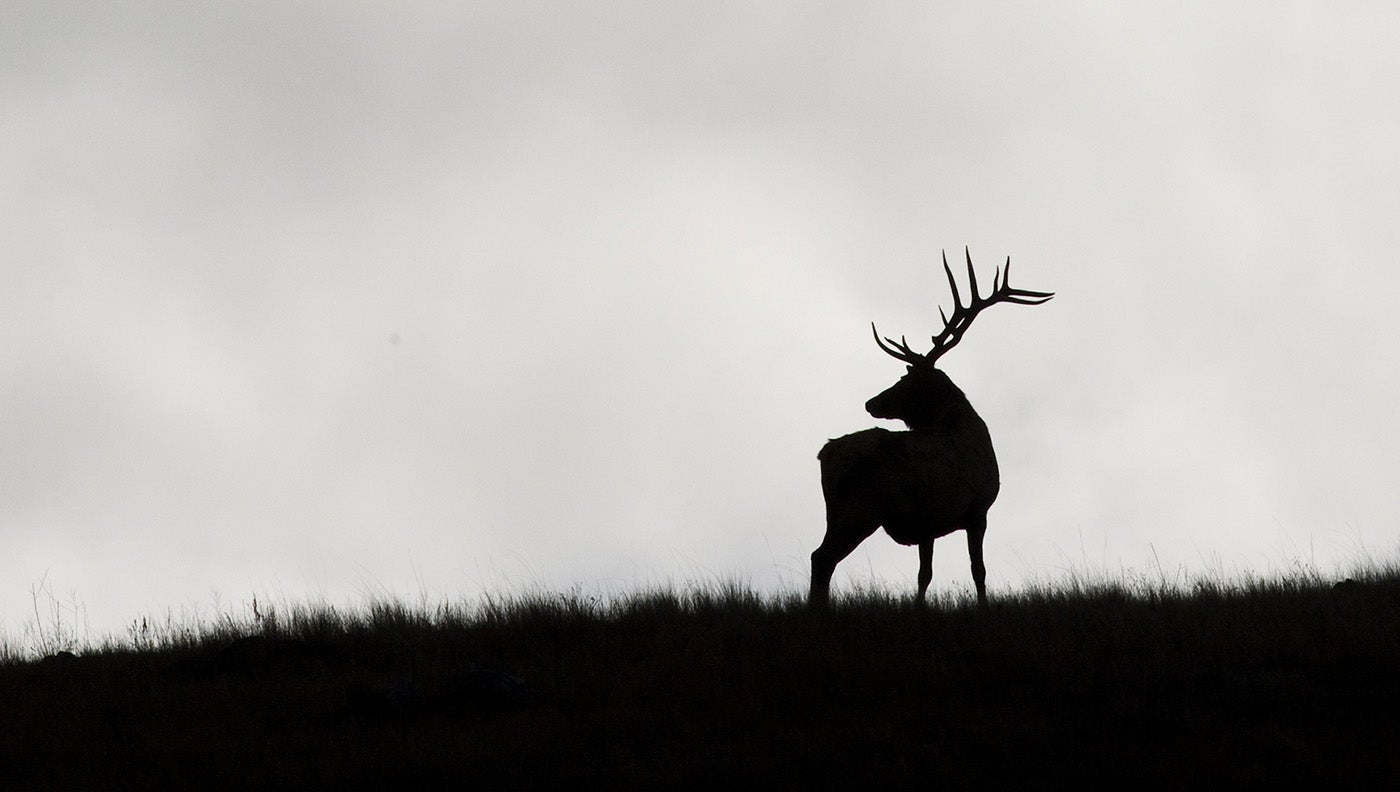 Goodbye to the Divide: The Best Part of Elk Camp Wasn’t the Hunting

FROM 1971 TO 1991, I hunted out of a town in Montana that I learned to think of as home. It consisted of 18,000 people when I started going. The airline terminal was so small you could spit across it, which people sometimes did. To get a nonresident big-game license, you went to the gun store and put $151 on the counter. It entitled you to an elk, two deer (I think), and a black bear.

Down the street was a clothing store that catered to working cowboys. Outside was a life-size white wooden horse. Occasionally a cowhand would come by at night and deposit a load of equine excrement under the horse’s tail. There were several bars, and if you weren’t carrying a gun or a knife when you entered, somebody would loan you one.

I hunted out of a cabin several miles from town, on what Westerners call a divide. It was a gloomy, pine-infested ridge that ran from 5,000 feet to 7,000 and supported little wildlife. In 20 years, I killed exactly one elk and a number of whitetail and mule deer. I got lucky the year I took the elk because a storm front from the Pacific met a blast of Arctic air from the North Pole (with nothing to stop it but a barbed wire fence, as the locals used to say), and we got a roaring blizzard followed by days of below-zero temperatures. It was too much even for the elk, which came down to where we could get at them.

I used to think my dismal record was due to my failings as an elk hunter, but looking back, no one else, including some very skilled people, did much better. One of my friends, who hunted this piece of real estate for 30 years, shot his only big bull in a winter-wheat field miles away.

That divide was a ballbreaker. I saw more than one person who thought he was in shape try it for a day and never return. There was no such thing as walking level. You went either sharply up or sharply down, or you sidehilled on a game trail, and if you slipped, you were in for an extended roll. If there was snow, you got to navigate it without snowshoes; I never saw a pair that would handle country that steep and rough. Horses, beyond a point, were of no use. When I got on the flight home at the end of my two weeks, my knees felt like they were approaching the century mark.

The people I hunted with, and who became my friends, were a pair of writers and their wives and a rancher. They were an eccentric bunch whose friends were even more eccentric. At one Thanksgiving, a female member of this circle was criticized for spilling food on her shirtfront, which was inevitable because she was drunk. Her solution was to take her shirt off and finish dinner like that. I won’t mention what she may or may not have been wearing underneath, except to say that it was the ’70s.

There was a tolerance of odd behavior at our hunting camp that is almost impossible to imagine today. You were left to your own devices as long as you didn’t rustle, or steal, or burn down barns, or kill someone who didn’t deserve it. It was a time and a place where you were able to breathe freely.

Read next: Choose Your Ride: Horse Vs. Mule for Big-Game Hunting

Each year, on the first night when I got there, I would look up at the uncountable stars and suck in the bitter-cold, thin air and smile. Made it again, I would think. I’m home. I did this every year for two decades. And then it ended.

The end came in increments. In 1973, a ski lodge opened nearby, and with it came Big Money. In 1977, the old airline terminal was replaced by a new one, a thing of architectural and artistic splendor, and the old one now sits, forgotten, at the roadside as you enter the airport. By 1981, you could no longer get a nonresident big-game license over the counter, and it didn’t cost $151. That little cow town is now 53,000 people and booming, and as is said about similar Western towns that have been discovered by Big Money, the billionaires are making it hard for the millionaires to get along.

But these were only the symptoms of change. The true end came when the people I hunted with died. Two perished from tobacco. One was attacked by his heart and did not survive. So there is no point in going back. I could try to hunt the divide again, but I would find it inhabited by ghosts.

Home is not a place. It’s a set of circumstances, a collection of people—​a feeling, a spirit, if you will. And while you have a home to go to, you must recognize it for what it really is: something as ephemeral as smoke that will one day exist only in your memory.