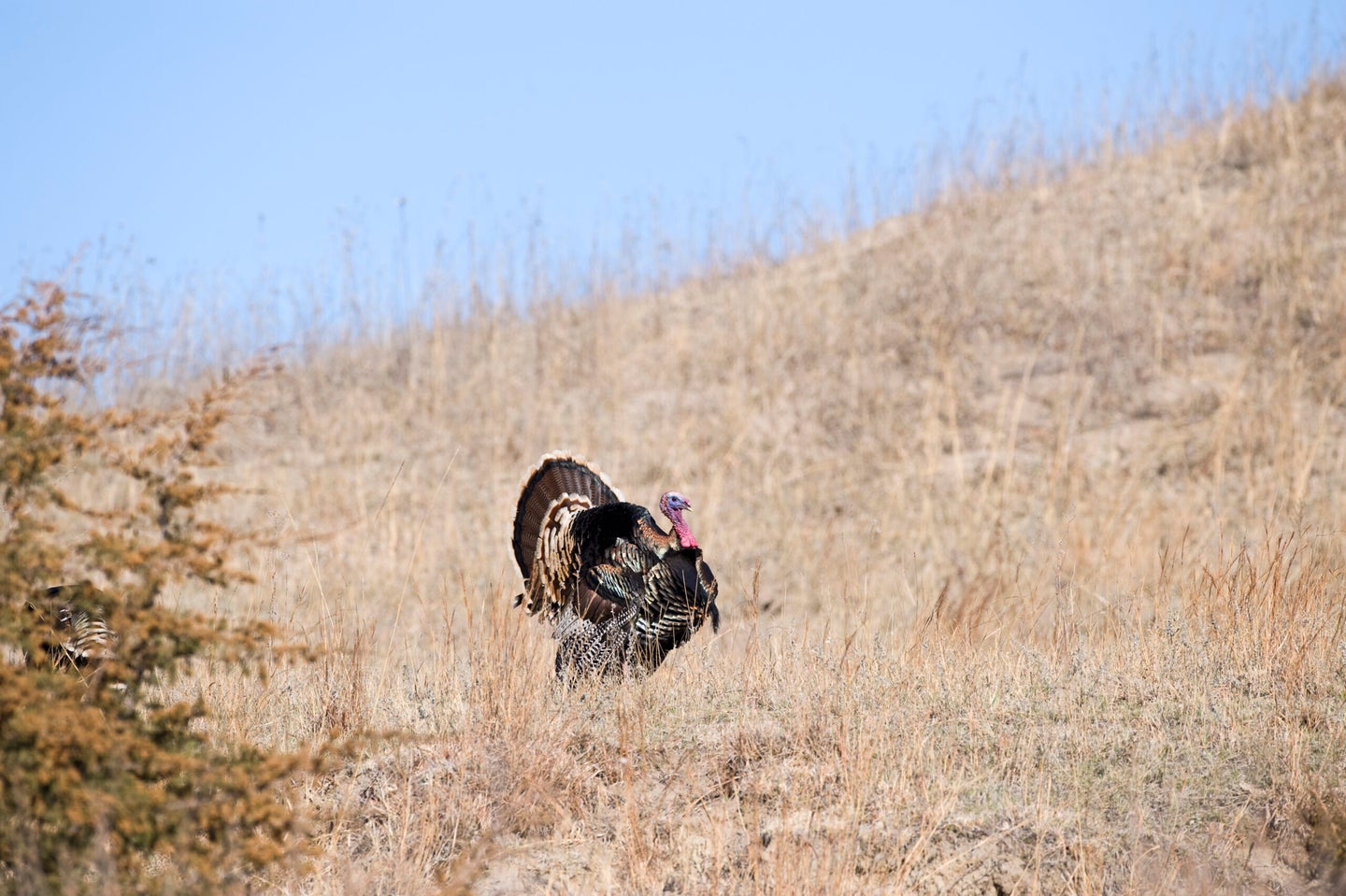 We can't always hunt our favorite spots, but it's good to know they'll be there for us when we need them. David Tipling/Education Images/Universal Images Group via Getty Images

The Sand Hill: How a Good Turkey-Hunting Spot Can Lift Your Spirits

When you can’t hunt one of your favorite spots, just knowing it’s still there is enough

MY BUDDIES AND I take an end-of-turkey-season road trip to Nebraska every May. There’s a particular sand hill on the farm we hunt, and it’s where I usually spend my final day of the season. Nate and I found the spot on the last morning of the trip a few years ago, when a longbeard that had roosted alone in a stand of cottonwoods flew down, gobbled at us in a frenzy, then walked straight away into what appeared to be a square mile of nothing. We followed him, calling as we went to keep tabs, with no cover to hide us save the breaks in the landscape and scattered yuccas.

The turkey answered every note—but each time from farther away, until we couldn’t hear him at all. But we pressed on, searching until we came to the hill. It was an unusually tall and narrow peak for the area. Figuring we’d lost the turkey, Nate sat down for a smoke, and I sneaked to the crest of the hill for a look. There was the gobbler, strutting below me, 75 yards away. I yelped and he walked right to me, as if he’d been planning as much all along. I fired a 12-gauge blast over his head at 30 yards and watched him fly away.

Nate walked up and looked down the hill. “He was standing there?” he asked.

It seemed a random place for a turkey to be. But I’ve come to love the spot. On the final day of our road trip in 2019, I hiked toward the hill alone, glassing and calling as I went, and I spotted a turkey strutting with five hens. Looking him over, I realized he was a jake, but I didn’t much care. I made a wide circle around the hill, moved in above him, and shot him dead at 40 yards. He had a particularly white fan. I carried him back to camp, pleased with the end of another long turkey season but wondering just what it was about that sand hill that attracted turkeys.

Read Next: The Turkey Gear Hall of Fame

I thought about that hill a lot in 2020, when I realized just how much I missed seeing it. Nebraska suspended sales of nonresident turkey licenses early in the pandemic, and my home state of Kentucky closed its borders to out-of-state travel altogether. My buddies and I all hunted mostly alone that year, and for the first time in ages, we didn’t load the truck for Nebraska in May. Turkey season simply ended.

But it’s another year now, and plans to go back are set. And that’s the good thing about a wild place like that sand hill. I haven’t seen it in a few years—and perhaps no one else has either. But it’s comforting to know it’s still there and that, for some strange reason, there’ll probably be a turkey strutting on it too.