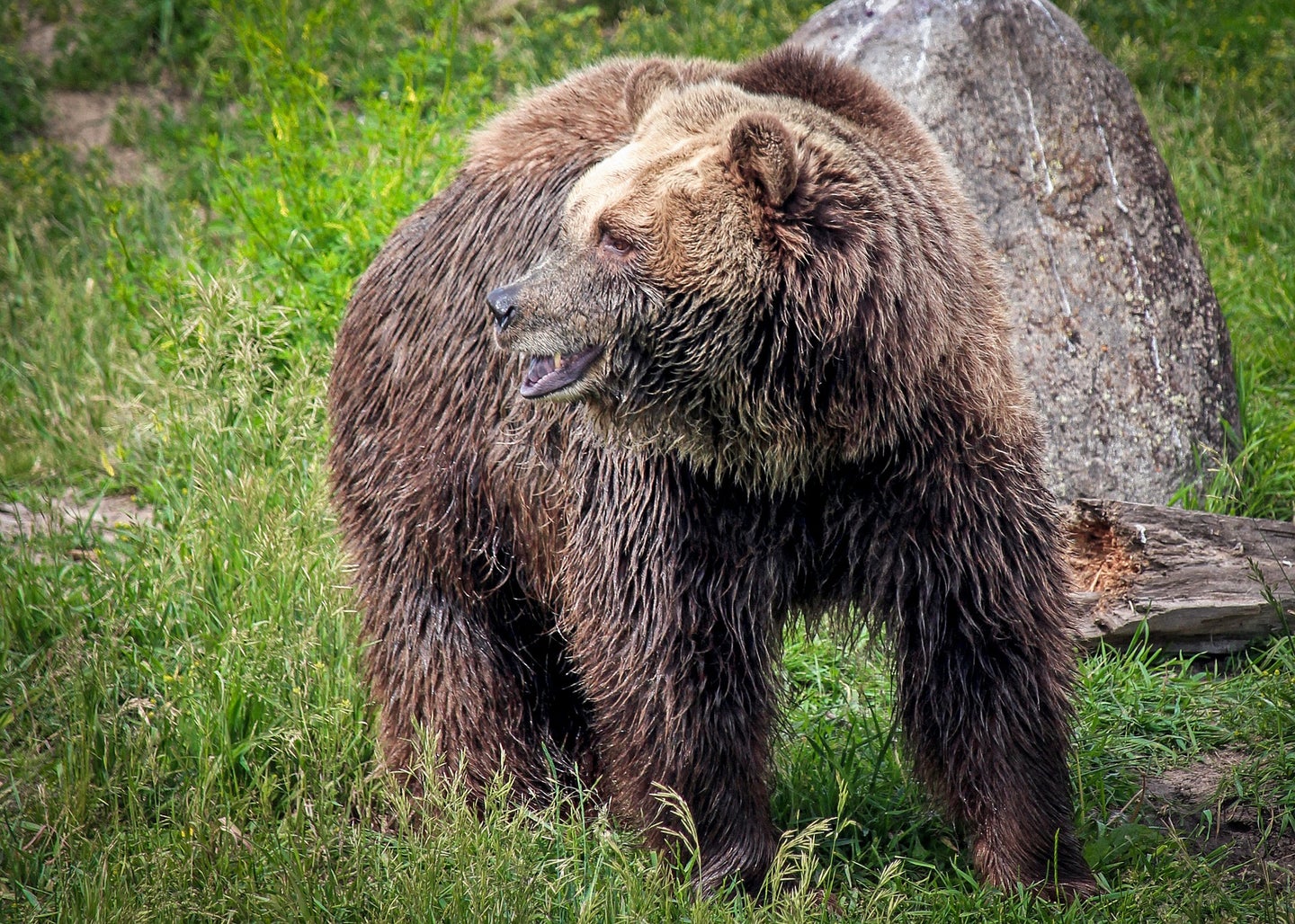 The search is on for a grizzly that attacked and killed a camper in Montana.
SHARE

A grizzly bear attacked and killed a camper in western Montana last Tuesday, July 6th. The tragic incident took place between 4 a.m. and 5 a.m. at a camping area in Ovando, a small town 50 miles east of Missoula. A team of Montana Fish, Wildlife, and Parks (MFWP) biologists, conflict specialists, and game wardens met at the scene and began searching for the bear, which they plan to euthanize. The victim’s age, gender, and identity have not been released, nor has the exact location of the attack.

MFWP officials note that a local business recorded video footage of a grizzly bear that Monday night. A bear was also reported to have broken into an Ovando chicken coop.

“There was an earlier contact with the bear prior to the event,” Powell County Sheriff Gavin Roselles told the Associated Press. “The bear basically came back into the campsite. It wandered into a campsite a couple different times.”

The victim was a part of a bicycling group that was riding and camping in the area. Officials say that further circumstances surrounding the incident are “under investigation.”

Attack Took Place is the Heart of Grizzly Country

Ovando is in the heart of Montana’s bear country and sits along the Blackfoot River, which was popularized in Norman Maclean’s famous novella A River Runs Through It. The town is also adjacent to the Bob Marshall Wilderness, a vast tract of over 1 million acres of rugged mountain wilderness. The area is part of what’s called the Northern Continental Divide Ecosystem, which is home to the densest population of grizzly bears in North America. According to the U.S. Fish and Wildlife Service, over 800 grizzlies live in the area today, and the population expands by 2 to 3 percent each year. Still, locals say it’s the first fatal bear attack the community has experienced.

“Everybody’s pretty shaken up right now. The population here is 75 — everybody knows everybody,” local resident Tiffanie Zavarelli told the AP. “The people from Montana, we know how to be ‘bear aware.’ But anything can happen.”

Grizzly-Human Encounters Are On the Rise

The MFWP did not report whether the victim carried or deployed bear spray or any other self-defense implement during the attack. Though unprovoked bear attacks are rare, reported conflicts between grizzlies and humans have been on the rise in the Northern Rockies. The latest attack follows on the heels of a backcountry guide who was killed by a grizzly in in the Baker’s Hole area of Yellowstone National Park.

“Our first concern is the community’s well-being. The next step is to find the bear,” says Greg Lemon, a spokesperson for MFWP. As of Tuesday afternoon, the agency had deployed a helicopter team to help search for the grizzly’s “daybed,” but had yet to locate the animal.