F&S Classics: 30 Things That Would Happen if Deer Hunters Ruled the World

McBackstrap sandwiches, tuxedos with hand-warmer pockets, and other signs that deer bums are calling the shots 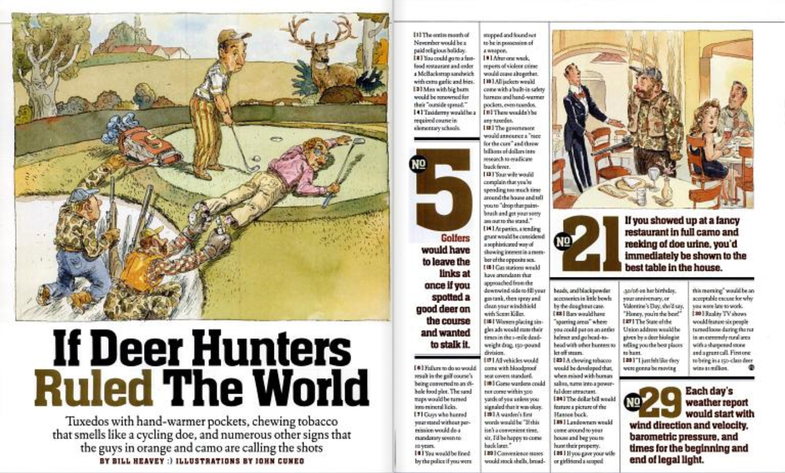