Want to Arrow the Biggest Bull Elk Of Your Life? Shut Up and Don’t Be Stupid

A herd bull isn't apt to leave his cows to come see you. So stash the calls and silently slip into bow range 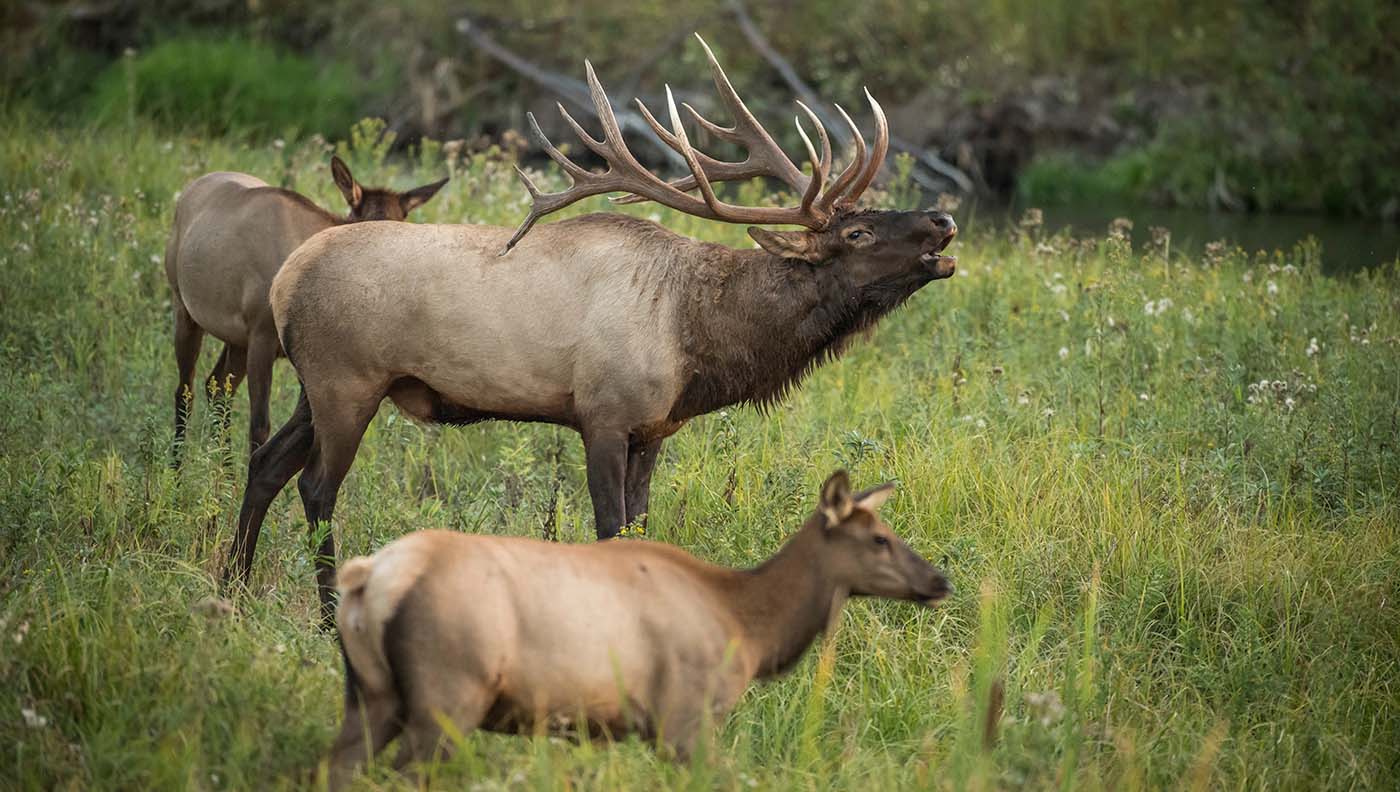 When you're dealing with a herd bull that has cows, you best bet is to sneak close quietly. John Hafner Photography
SHARE

A switch had flipped. The mountain was suddenly thundering with the screams of bugling bulls, and I was right in the middle of it. Young in my stick-and-string elk tenure, I had no idea what to do. So, I just went after the source of the deepest-, meanest-sounding beast on the mountain. I probably could have killed him, too, if I hadn’t been so stupid.

I had it in my mind then, like many hunters do, that the way you arrow a big archery elk is by setting up and calling him away from his cows and into bow range. Even then I should have known that that’s a low-odds proposition. Since then, I’ve learned that there’s a much better strategy for taking down the biggest bull on the mountain.

Trying to lure the herd bull away from his cows is one of the biggest mistakes novice elk hunters make every year. Yes, the annual elk rut is the most exciting time to be in the woods, and when cows start coming in estrous, the mountains and canyons sound like something out of the Jurassic period. It’s exciting. But this can also be one of the most challenging times to kill a bull—any bull. Why? Because of the cows.

I’m often asked: How do you know if a bull has cows? The answer: If a bull is screaming on his own regularly and answering your bugle but doesn’t seem to budge, there’s a good chance he has cows.

Real-life potential mates make calling a bull into bow range very difficult, and while there will likely be satellite bulls around, it can be tough to get these bulls to commit fully, too. They’ve had their butts handed to them a time or five by this point in the rut, and they’re hoping if they stay close to the cows, they’ll eventually steal one. The good news is that you can get the herd bull killed if you shut up, keep the wind and thermals in mind, and slip in close.

Mark the Bull, Check the Wind, and Sneak In

Like most bowhunting tactics for elk, this technique works best when working with a buddy. However, it’s also one of the most effective solo tactics I’ve found. If a bull is bugling on his own and seems to be on fire, pinpoint his location on an excellent digital mapping app, like HuntStand. Next, use a good wind detector, like Liquid Smoke, to check the direction. You’ll also need to take note of the thermals. Most often, bulls with cows are most vocal during the morning and evening hours. During these times, thermals will be coming down the mountain, so be sure you’re below the elk before planning a stalk.

With the bull’s position noted and wind/thermal direction detected, look at your digital mapping app and take note of the terrain that separates you from the bull. If you’re below the bull, which you should be, he has the upper hand in terms of getting a visual as you close the distance. Your best bet, then, is to circle one way or another and get on the same elevation line with the bull before working in close. Whenever the terrain or cover allows, get aggressive and close the distance quickly.

What’s your partner’s job? Nothing, unless the bull stops bugling. If the bull is cracking off on his own, the partner can stay dead quiet. However, if 10 minutes pass and bull hasn’t bugled, your buddy needs to let out a simple locator bugle. Nothing big, bad, or bold. He’s not challenging the bull, but instead just trying to get the animal to give away its location so you can make your next move.

Make Your Move When the Bull Is Busy

Keep listening for bugles and moving closer. When you break the 100-yard barrier—and you’ll know it because the bugles will be extremely loud—slow down. Keep your eyes up and constantly scanning the woods ahead. Elk are big animals, and if the bull has several cows, chances are good you’ll see them before they see you.

In addition to keeping a keen eye, listen. If the sound of horns hitting aspen trunks and hooves clicking on rocks reach your ears, put some pep in your step. The bull is chasing one of the cows, which is an excellent opportunity to close some ground quickly. It’s also not uncommon to hear antlers clashing. When another bull wanders into a rut fest, the herd bull is quick to meet the challenge. When horns bang, go toward the sound and go fast. More than once, I’ve run within 30 yards of sparring bulls. They are rut-crazed and so infuriated with each other that they’ll pay you no mind. If you bump the cows, oh well. Bulls will war with one another for long periods, and by the time they realize the girls are gone, one of them may very well be bleeding from his lungs.

Let the Elk Bed Down Then Challenge That Bull

There will be those times when you can’t get close and feel one more step may end up blowing the stalk up. This is when you stop and wait. Your job now is to stay close to the herd but not yet move in for the kill. If you remain patient, the bull and his harem will bed at some point. When they do, this is your chance to slip in close, but before you do, mark your locale as well as the position of the bedded herd and go get your partner.

Now slip in as close to you dare to the bedded bull and have your hunting buddy stay back a bit and rip off a challenge bugle. This one should be deep and nasty. Don’t be afraid to add a chuckle or two at the end. This tells the bedded bull that a challenger wandered in quietly, spied or smelled the herd, and wants to fight. If the situation is right, this will often be enough to bring the bedded bull bowhunting close.

Fall is almost here, and if you arrive at your elk ground and it’s alive with the sound of rutting bulls, let them make the noise, and you can focus on slipping in close arrowing your biggest bull ever.