Bluebills are built for speed. Here's how to stop one as it skims the waves 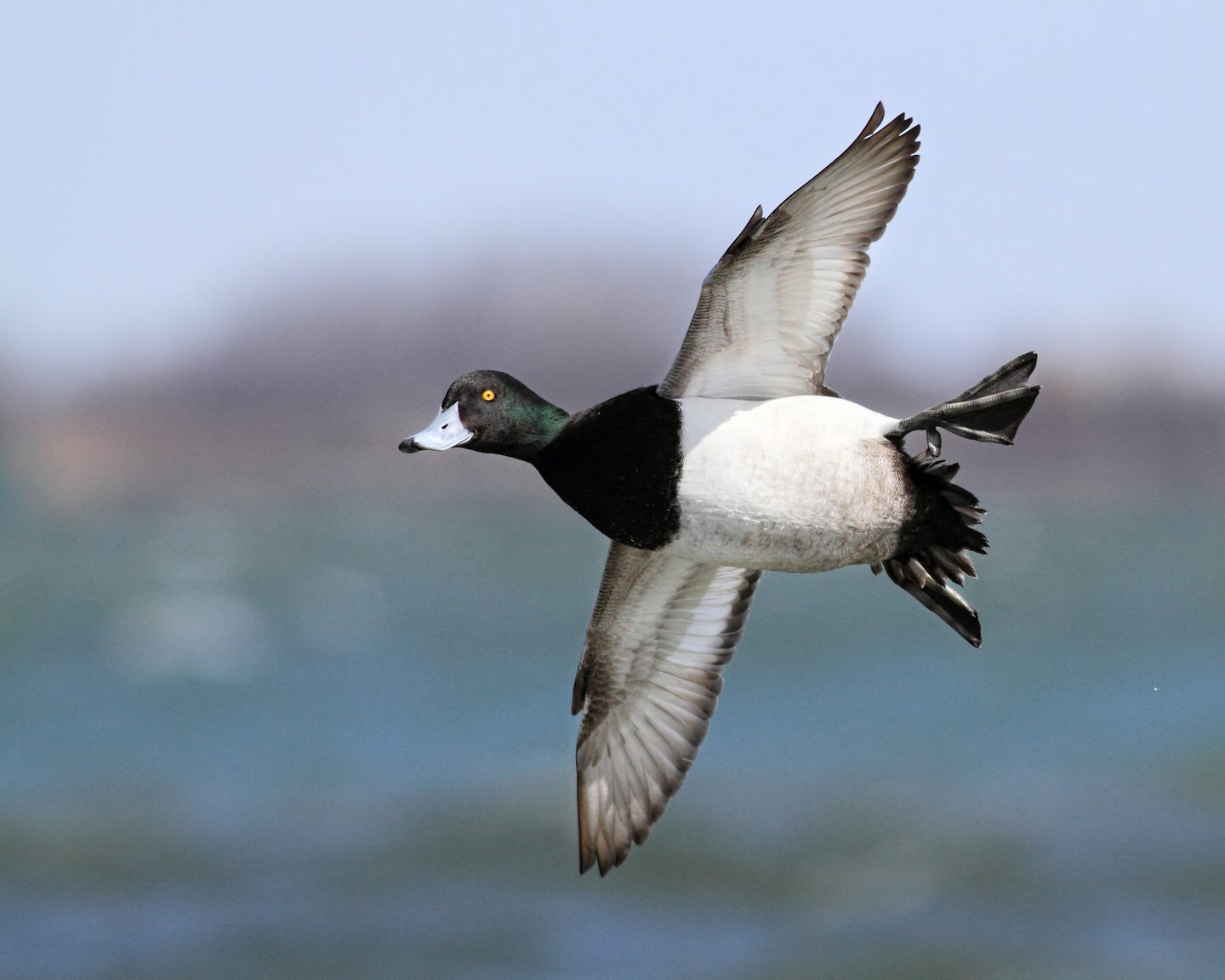 A fallow rice field isn’t the first place you expect to find divers, but it’s the first place I ever found them. Unlike most rice fields, this field had one-person cane blinds stuck out in the middle in place of the usual pit in a levee. We waded out into the field, splitting up to pick a spot. A huge surrounded by another huge spread of weathered decoys—some listing, some bleached white, some flipped over—surrounded each blind. The mallards and pintails viewed the whole operation with suspicion. The divers ate it up.

They came low and fast, and when we leaned out of the blinds to shoot, the bluebills didn’t flare. They flew faster. I ended up with a limit of bluebills a bonus redhead, and passed on a couple canvasbacks—closed back then—that banked just in time to show me their distinctive profiles. It wasn’t a usual limit for Arkansas, and my hosts didn’t understand why I was so happy with strap full of ducks when none of them had green heads.

Add cold, wind, and waves—all elements missing from my rice-field hunt—and the degree of difficulty in diver shooting increases. You might be bundled up in a boat blind, or bobbing on your back in a layout boat as the birds bear down on you. But the basics remain the same in any conditions: Divers fly fast, stay low, and sometimes buzz on by instead of committing to land.

How to Drop a Blitzing Bluebill

One look at a bluebill tells you it’s built for speed: streamlined to cut through air and water. Skimming the waves, it looks even faster. There is no easy way to shoot bluebills, but the easiest is to keep your gun in front and below the bird as it passes. Trying to catch up to and swing past a target as fast as a bluebill makes you rush and scramble. You’ll be in much better control of the bird, and of your movements, if you start the muzzle in front of the duck in the first place, using a type of maintained lead if you’re comfortable with that style.

Regardless of the method you choose, it’s important to keep the muzzle just below the bird’s line of flight so it’s always visible. When birds fly as low across the water as divers do, you have to take extra care to keep the muzzle lower than you think. Blocking your view of a crossing target for even an instant sends your eye back to the gun, stopping it and making your shoot high and behind. Divers at the edge of the decoys can take a lot of lead, too, so pull out in front of the first bird in the bunch, and if you happen to hit one of trailers instead, pretend that was the duck you were shooting at. Strangely enough, rabbit targets on the sporting clays course make good diver practice because you have to keep your muzzle low to shoot a ground level target, just as you do with a bluebill skimming the water.

If you knock a bird down and need to finish it, get up as high as you can without falling out of the boat. You’ll have a better angle for a followup shot, especially if there is any chop at all.

Bluebills are medium-size ducks, and while they aren’t necessarily tougher than puddle ducks, they live in big water and they can dive and swim a long way when they’re crippled. To avoid lengthy retrieves, you want to hit your birds hard the first time. Wicked Blend—with a mix of 30 percent bismuth and 70 percent steel—gives you some extra energy and pattern density to make that first shot count. I’d pick the 2×4 load.