How to Hunt the Best Day of the Entire 2021 Whitetail Rut: November 10

If you could only hunt one day of the entire 2021 deer season, this should be it. And here are two tactics you should use 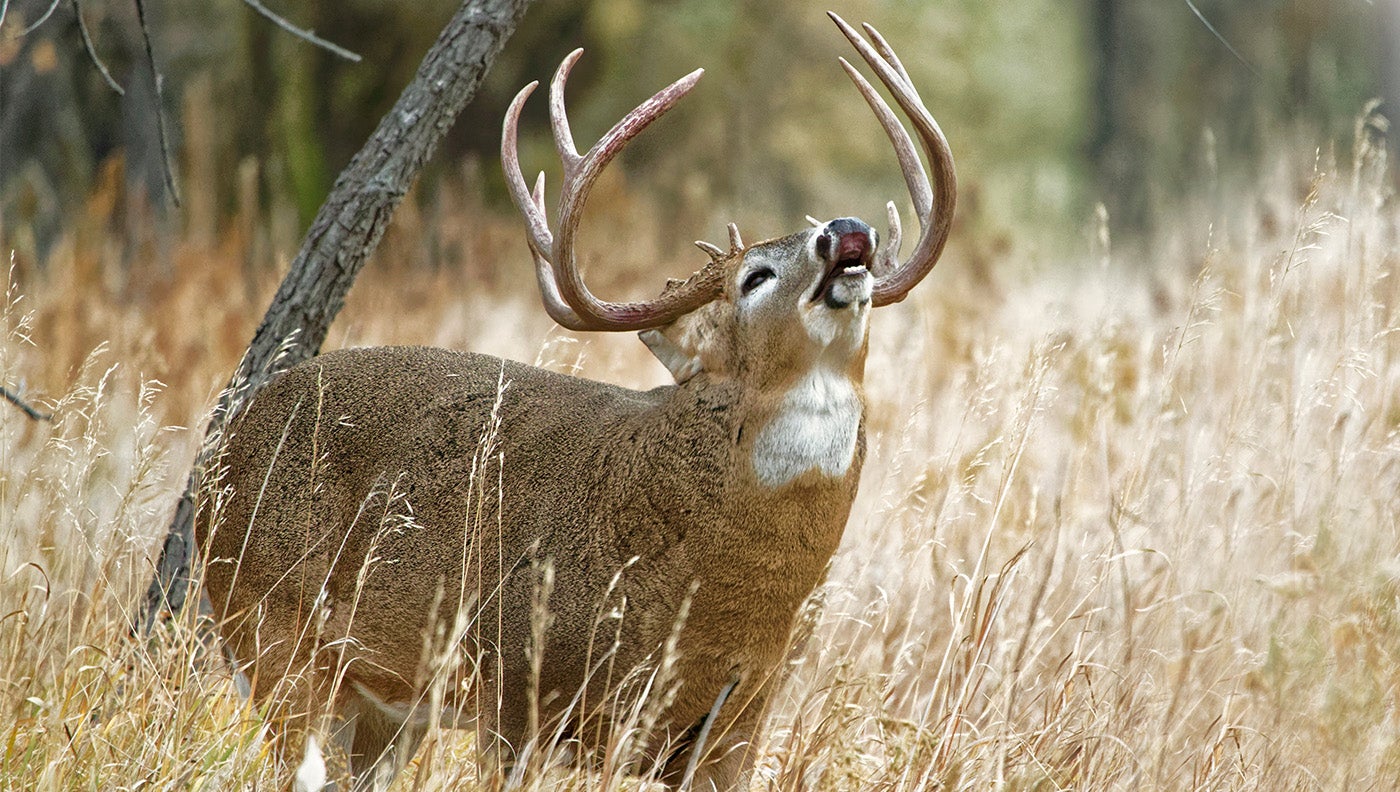 A big whitetail buck check the air for the scent of a ready doe. David C Stephens / Getty
SHARE

The apex of buck activity takes place just before the peak of actual breeding, and that’s where the rut is right now across much of whitetail range. That’s why this Wednesday, November 10th, is my pick for the very best day of the whitetail rut. With roughly 40 percent of does already in or coming into estrus, some bucks will certainly be locked down. But plenty will be on the prowl, particularly the biggest ones.

What is so exciting about this specific part of the rut is that the oldest, savviest biggest bucks are on their feet and acting like heat-seeking missiles right now. These studs are famous for kind of hanging back for much of the pre-breeding shenanigans that even 3½-year-old bucks (trophies for a great many hunters) are happy to partake in. But some of those old boys? They’re not wasting energy chasing girls or banging heads; they will wait until a doe is ready and then they march in to take control of the show. If you’re in the saddle and waiting, this could be your chance to tag a huge buck that was a ghost for much of the fall.

Related: The Best Days of the 2021 Whitetail Rut

Rut Phase: Not Quite Peak Breeding

This period is not so much a phase as it is a few days, at most, in which the chasing phase is transitioning into the peak rut, as more and more does come into estrus. The trick, of course, is to catch it just right, so it’s worth pointing out here that there can be significant variation in rut activity between farms just a handful of miles apart. If you have more than one property you can hunt, it’s a good idea to do some glassing and scouting and discussing among hunting partners and neighbors and farmers about which spots are hopping right now. If a landowner is suddenly seeing big bucks cruising more than usual, you need to jump on that hot activity.

That said, even if you have only one property and the bucks there seem more locked down than not already, don’t believe for a second that this means you can’t kill a giant. There’s been a lot of negative attention paid to the lockdown—that period where the majority of does come into estrous and are being tended by bucks. Some hunters view this time much like the dreaded October lull, another period that supposedly results in suppressed buck movement and generally dismal hunting and consequently abandon the woods. That’s a big mistake in my opinion and experience. Obviously you won’t see the widespread and frantic buck movement you will in the days just leading up to peak breeding. But here’s the thing; most bucks are only with a doe 2 to 3 days while tending her, and as soon as that tryst is complete, he’s on his feet and looking for his next mate. Our job is to be out there, waiting to catch a buck.

That’s the worst-case scenario on November 10th, and even that could be very, very good. Best case scenario, fewer than half of the does on your hunting ground are ready, and more than half of the bucks, especially the biggest bucks, are on their feet, moving almost all day, and poised to pass your stand any moment.

When I know breeding is just about in full swing, I’m all about high-visibility setups. I want to see as much country, and as many deer, as I can. I want to be able to decoy or call to any cruising bucks I see. I also want to be in position to spot any bucks that are already paired with does. Big bucks do their best to sequester their mates in oddball spots—an old farmstead, a brushy fencerow, a patch of CRP best suited to pheasant hunting, even a rock pile in the middle of an ag field.

So get where you can see, and glass as many of these hidey holes as possible, right at first light. Even a bedded buck (or his doe) will have to stand up to stretch, pee, and feed a bit, and you want to be right there to witness it. When you do, the stalk is on. But first, pick a landmark near the bedded pair, as the landscape will look different when your boots hit the dirt. Keep the wind into, or blowing across, your face, and take your time. If you can’t shoot the buck in his bed, give him a snort-wheeze to stand him up, and be ready for the shot.

If you don’t spot a breeding pair, keep you eyes peeled for cruising bucks, and be ready to rattle, grunt, bleat, or snort-wheeze to bring him into range. Setting up with a doe decoy this morning is not a move if it’s still archery-only season.

Bucks that are not yet paired up will be on the move looking for mates today and those that were paired up but aren’t anymore will be on the hunt again, immediately. One of the first places they’ll look are primary scrapes, especially those located in macro-funnels that connect multiple covers. While these scrapes have been largely ignored by bucks preoccupied with seeking, chasing, and breeding, they will take on increasing importance again. Speed-scout during midday to find freshly-worked scrapes in funnels that connects large tracts of cover or between doe bedding and feeding areas, and set up immediately on the best you find.

I love this part of the rut mainly because in most of the setups I hunt, and the areas I frequent, I do not expect to see a lot of deer. Widespread, chaotic deer behavior, which is done mostly by younger bucks, is not high on my list of “gotta haves” when I head to the deer woods. What does trip my trigger is an opportunity at that one whopper deer that I might have seen, or captured on my trail cameras, that has been more or less a ghost. There are only a few times he’s going to make a mistake all fall, and this is certainly one of them. Sure, he might be tailing a doe, or have her pinned down in some funky cover that’s going to be a challenge to get to, but he’s up and about, and I’ve got a chance—and so do you!