Bucks will be on their feet and seeking does this weekend. Take advantage with these tailor-made strategies for the morning and evening hunts 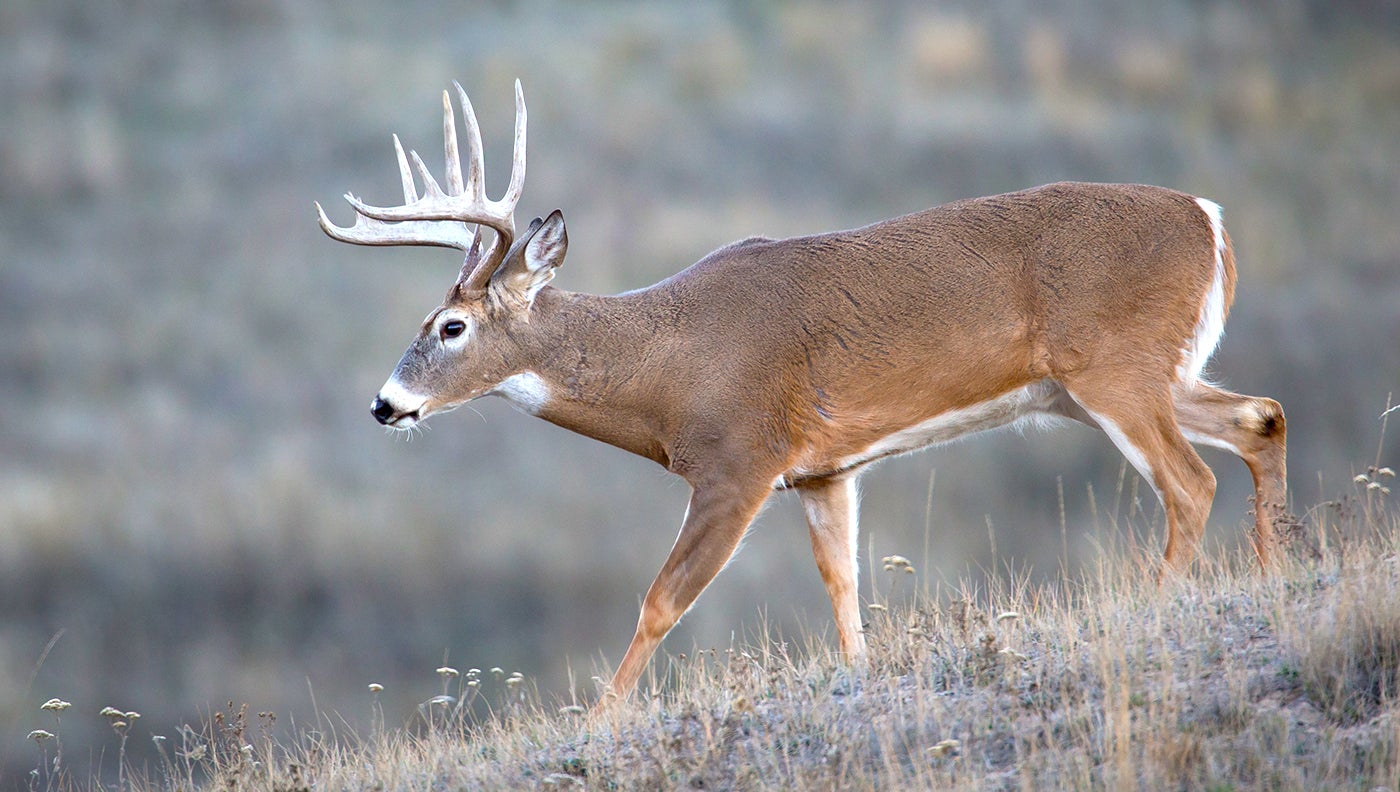 Expect bucks to be covering ground in search of does this weekend. Jake Albertson / Getty
SHARE

This is probably my favorite part of the rut. If you ask me a week from now, I may give you a different answer, of course, but in the meantime, what makes this timeframe so great is that everything you’ve learned up to this point through scouting and hunting pretty much still holds. Bucks are not running all over the countryside yet, so you can expect to see them in the usual places. Does, by the same token, have not yet been pushed to odd covers by tending suitors, so you probably have a good idea where they are feeding and bedding now, too.

What’s different—and makes this period so good—is that bucks are now seeking does in earnest, which means they will suddenly be spending much more time on their feet and covering ground in the places you’ve already identified as your properties hottest food sources, best doe-bedding cover, and top funnels and pinch points. There’s a good chance you’ve already got stands or blinds in the best areas to intercept a buck now. I’m betting on October 30th to kick off the action, and you’ll just have to get yourself in the woods on Sunday to find out if I’m right.

Related: The Best Days of the 2022 Whitetail Rut

Bucks are somewhat in split-personality mode now. While they are still actively working rub lines and freshening scrapes, they’re just as likely to forego all that sign-making nonsense to just look for does. Immature bucks tend toward the latter; their raging hormones almost force them to go running through doe bedding areas and feeding sites. Mature bucks, on the other hand, are usually more patient. They’ll keep visiting scrapes, which mature does visit as they approach estrous, but will also cruise the edge of doe bedding areas and hot food sources, scanning for the scent, sounds, or signs of a hot doe. Best of all, they will do a fair amount of this during daylight hours, and they will, for the most, stick to their pre-rut turf, as opposed to making long doe-seeking excursions, which come later.

Doe bedding areas should have been pretty much off limits to hunting up to this point, but now is the time to start flirting with their edges on morning hunts. Expect bucks to troll any deer trails or travel corridors leading these safe havens as does filter back from feeding areas and lay up for the day. My favorite way to hunt mornings now is to set up on a trail along the downwind edge of a doe bedding area. This not only keeps my scent from alerting bedded does, but it’s also the path a buck is going to take as he scent-checks these sanctuaries, hoping to catch a whiff of his first date of the year. Just as bucks know the best food sources to find does, they also know where does bed down for the day and will make morning milk-runs along their downwind edges.

I tend not to rattle or call too aggressively on these hunts, so as not to put any nearby does on edge. But if I see a shooter buck and need to steer him closer, all bets are off. I start with a grunt or maybe a bleat, but I may bust out a snort-wheeze or two if that’s what it takes.

October 30 Evening Hunt Plan: Have Dinner With the Does

This is the perfect time to spend an evening sitting right on the most popular doe feeding areas. Every buck around knows where these salad bars are and will show up to harass girls and strut for the competition. If I don’t have a stand in place, I like to speed-scout the edge of a food plot, farm field, or oak ridge and then check for best feeding activity, hottest trails, and freshest buck sign. Then I’ll hang a set at midday and settle in for the afternoon. If the weather is cool or there’s a front approaching, get set up early and stay alert; it’s surprising how early deer will hit a food source when conditions are right this time of year. Just as with the morning hunt, I’ll have my calls and rattling antlers with me now but will use them only on a buck I see that’s passing by out of range. That said, I may get slightly more aggressive if I’m in a no-bust stand that is situated in a place that deer can’t swing downwind and get me scent.

Hot Tip: Make the Most of Mast Crops

Hard and soft mast crops, including acorns, beech nuts, persimmons, and apples, can be a huge deal with deer right now, but in a good mast year, narrowing down the best spots can be a challenge. My buddy and Arkansas whitetail expert Philip VanderPool likes to focus his search by concentrating on areas that receive the most sunlight, like openings in the timber, field edges, old pastures, and log landings. “Mast crops will be more abundant in these areas, and I think the fruit tastes sweeter to deer,” he says. “Increased doe activity will catch the attention of area bucks, who will lay down more sign and tip you off to the best stand setups.”

So, when you’re scouting for the hottest doe food sources, don’t forget these less-obvious hotspots. If fruits or nuts are pulling in does, the bucks will follow, and because deer don’t have to expose themselves here like the do in an open field or plot, the odds of those bucks showing up under your stand during shooting light go up.

With bucks desperately seeking the company of does, a bleat call can be especially effective now. If you spot a buck that doesn’t seem to be headed your way on its own, give him a bleat, and there’s a good chance he’ll trot over. The most popular bleat calls, by far, are the tip-over can-style versions. These are great on clam days and at close range, but there’s a problem: In many situations they just aren’t loud enough to get the attention of a buck.

The exception to this rule is the Quaker Boy Squeazin’ Bleat can-style call. This one you do not tip over. Instead, it comes with a bellows that you squeeze to push air through the call, which gives you better control of volume and tone. But you can get even more volume and overall control by pulling the bellows right off the call and blowing into it with your mouth. Another big advantage of the Squeezin’ Bleat is that it doesn’t make little muffled deer calls in your pocket as you walk.

Read Next: 50 Expert Tips for Hunting the Whitetail Rut