Three vanes or four? Offset or helical? Here's your no-brainer guide to picking the perfect fletching setup for your bowhunting setup and style 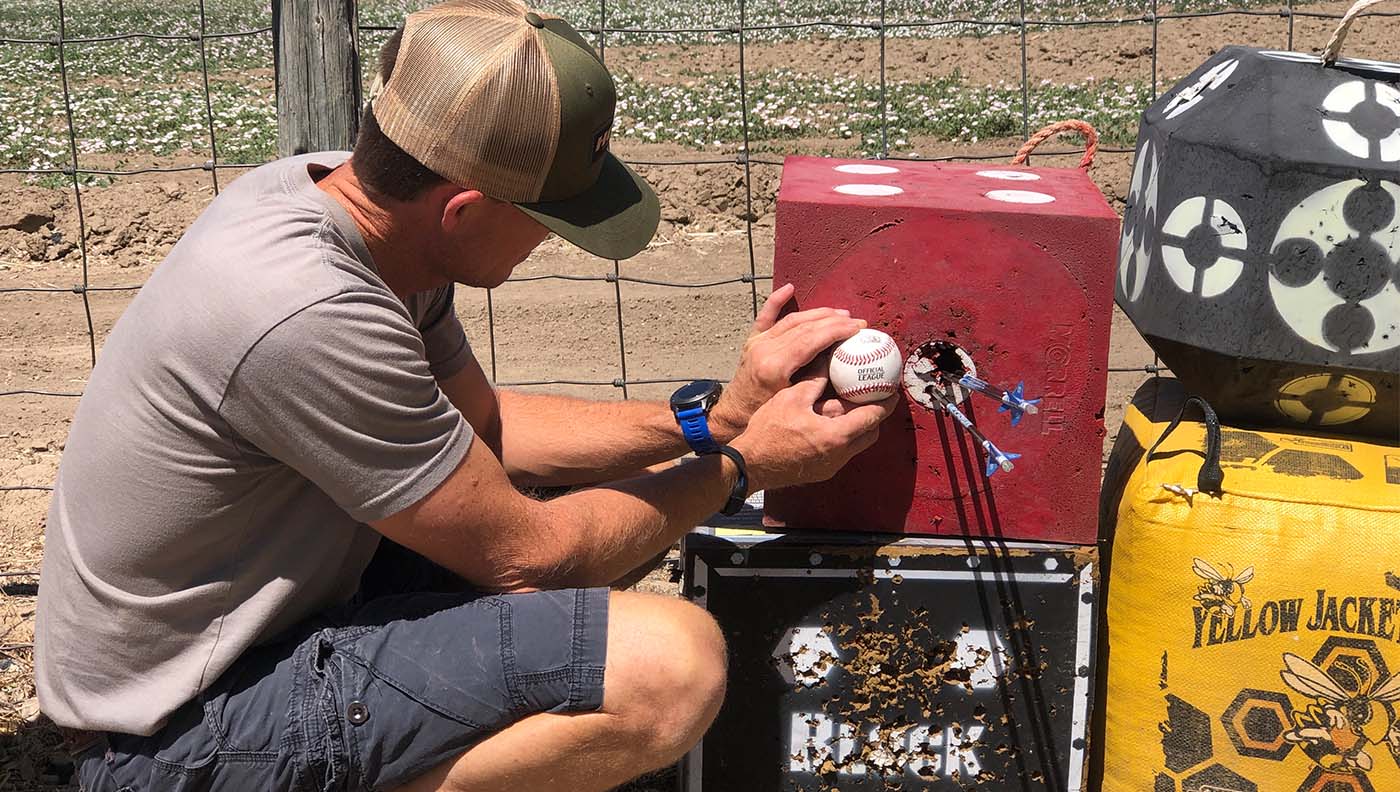 Figuring out exactly what fletching type, number, and orientation gives the absolute best arrow flight for your bow setup and hunting style can sometimes seem like rocket science. And that’s because  it sort of is, when you think about the similarities between rockets and arrows. You can go down the fletching rabbit hole as deep as you like. However, for the vast majority of hunters, it’s pretty straightforward. So, if you want to get good performance from your vanes, but also want to keep it simple, here’s a rundown.

Should You Use a Straight, Offset, Or Helical Fletch Orientation?

If you’re a whitetail bowhunter who keeps shots at deer to 40 yards and in and you shoot one of today’s popular expandable broadheads, a straight-fletched factory arrow will suit you just fine. The sleek profile of most expandable heads makes them fly very much like field points and keeps them from needing extra stabilization in flight. That means, you can grab a dozen fletched shafts from your favorite arrow manufacturer and experience exceptional field accuracy.

If, on the other hand, if you prefer to shoot a fixed-blade head, consider a helical fletch, or at the very least, an offset. Why? Because fixed blades are like miniature sails on a boat that catch subtle air currents, making these heads are more likely to wobble or deflect slightly in flight. As a result, they need extra stabilization. Adding helical, or a slight curve, to your fletching orientation makes your arrow spin faster, which helps stabilize your fixed-blade broadhead and gives you better accuracy.

It’s worth noting that some long-range hunters and especially 3D shooters avoid helical because it imparts the most drag on the arrow, thus slowing it down. But this isn’t a big issue at shorter ranges. I have a buddy who practices out to 100 yards but never shoots beyond 40 in the field. He puts a 3-degree right-hand helical on all of his hunting vanes, because that gives him the best groups, and he’s not worried about losing a smidgeon of speed at those ranges.

Not many arrow manufacturers offer helical fletched arrows, but any good pro shop can do the job for you. Or you buy a fletching jig with a helical arm and go to work. It’s easy. Watch a YouTube tutorial or three, and you’ll be ready to go.

An offset fletch, one of the most common fletch orientations, works well for field points, expandable heads, and fixed-blade heads. Offset vanes, offered by many arrow manufacturers, don’t have a curve, but instead are attached to the shaft at a slight angle. This has a similar effect to helical, in that it spins the arrow faster to provide better stabilization. Another benefit of offset fletching is that  it doesn’t pull speed from an arrow as quickly as a helical-style fletch.

What Length and Size Vane Is Best?

You could go cross-eyed looking at the number of options available on a vane-makers website. All you really need to know is that a smaller, low-profile vane is going to stabilize an arrow less than a larger, high-profile vane. So, if you shoot mechanical heads, you can get away with smaller vanes. If you shoot a fixed-blade head, you’ll want something a little bigger, or at least taller. One of my favorites is Bohning’s legendary 2.1-inch Blazer. Small but tall (.57-inch) and stiff, this vane provides incredible arrow control regardless of what type of head you’re shooting. Another go-to vanes is AAE’s Max Stealth. This vane measures 2.6 inches long and .5 inches high and, in my experience, produces ultra-stable arrow flight.

Scroll Instagram and you’ll see piles of archers shooting four-fletch arrows. It seems to be the current craze, but is there a reason for it? Well, many archers are going with four vanes over the traditional three in an attempt to boost long-range accuracy. The theory is four vanes, fletched helical or offset, will get the arrow spinning faster and promote stabilization, giving you tighter groups downrange.

The question is, does it work. I’ve done lots and lots of arrow testing over the years, and being a western hunter, I practice at long distances regularly, and my three-fletched arrows group right with my four-fletched shafts out to my maximum test distance of 100 yards. I encourage those looking to go the four-fletch route to do some testing first. And if you’re like most bowhunters looking to shoot whitetails at 40 yards and in, you just don’t need four vanes, whether they add a tiny long-range accuracy advantage or not.

Does an Arrow Wrap Help with Accuracy?

A few years back, I was in a deer camp with a group of other outdoor writers and some famous outdoor personalities. I was the only one without wrapped or factory-crested arrows. Why? They do nothing to make you more accurate. Yes, they look cool and help with vane adhesion. Another benefit of a wrapped or crested arrow is it’s easier to find after passing through an animal. Those that go with a light-colored wrap like white or yellow can also better detect the hit made. But just keep in mind that a wrap or crested-from-the-factory arrow does not up your accuracy.

Now, I’ve said a lot about folks who just want to shoot whitetails, or really any big game inside 40 yards, because that represents the vast majority of bowhunters. You can tweak your fletchings any way you want in an effort to eke out a little more performance, and I encourage you to do so if you enjoy that process, like I do. But if you want fletching choice to be a real no-brainer, I’ll make it as simple as can be, by choosing for you: Get a pre-fletched wrapped or unwrapped (you choice) arrows with three offset 2 to 2.5-inch vanes that are at least .5-inch tall. This setup is widely available and will give you dependable 40-yard field accuracy with whatever broadhead you like. If you do your job, your vanes won’t fail you.