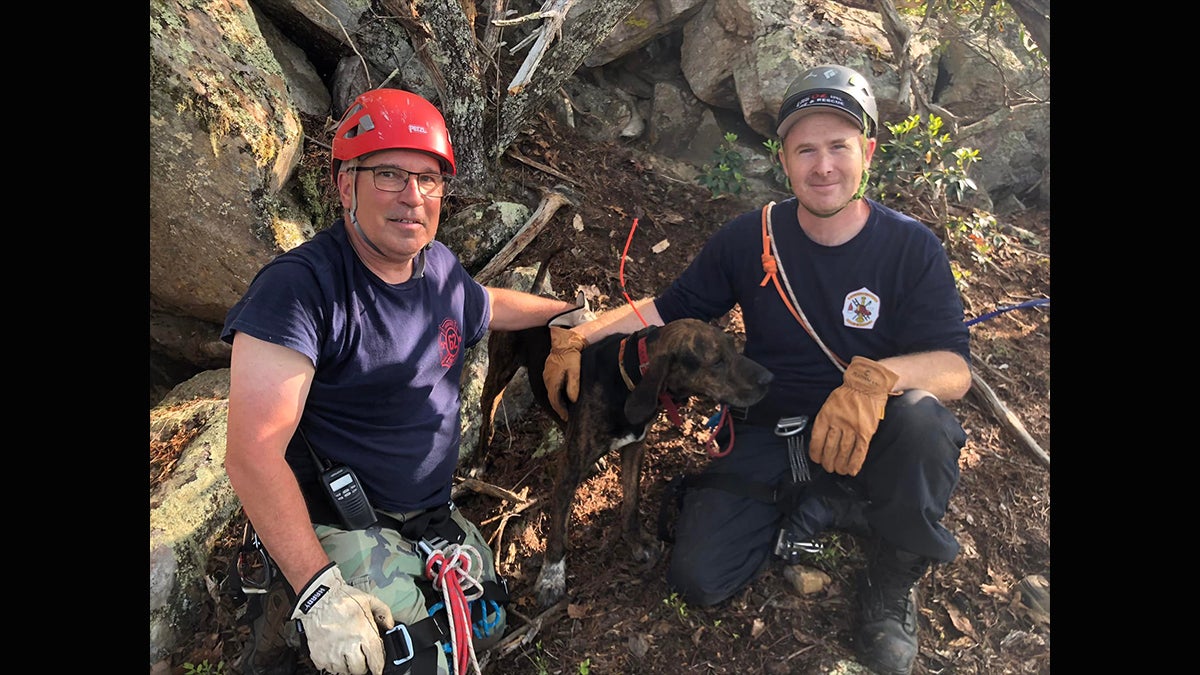 Structure fires, chimney fires, brush fires, car accidents, rappelling, and dog rescue are the duties of one volunteer fire department in Tennessee. Firefighters in Sevierville, a town of some 17,000 folks located east and a bit south of Knoxville, now carry all of the above on their resumes after rescuing a dog from the bottom of a cave.

Responding to a dispatch regarding what appeared—or more precisely, sounded—like a dog trapped underground on Monday, May 2, members of the Waldens Creek Volunteer Fire Department (WCVFD) arrived on the scene to discover exactly that. A hound dog, which firefighters shortly learned went by the name Storm, had fallen 35 feet down into a cave on English Mountain, a 3,600-foot rise east of Sevierville.

According to Knoxville 10News, rope technicians with the WCVFD, working alongside the neighboring Sevier County Rescue Squad, began efforts to bring Storm to the surface early Monday morning. An experienced joint team of climbers dropped into the vertical shaft and immediately attempted to locate the hound. Once found, the dog was fitted with a harness and lifted to safety, followed by the Search & Rescue team.

Read Next: Bird Dog Falls Into 50-Foot Well And Gets Rescued By Texas Game Wardens

Members of both teams were quoted on Facebook as being “thrilled that Storm made it out safely.”