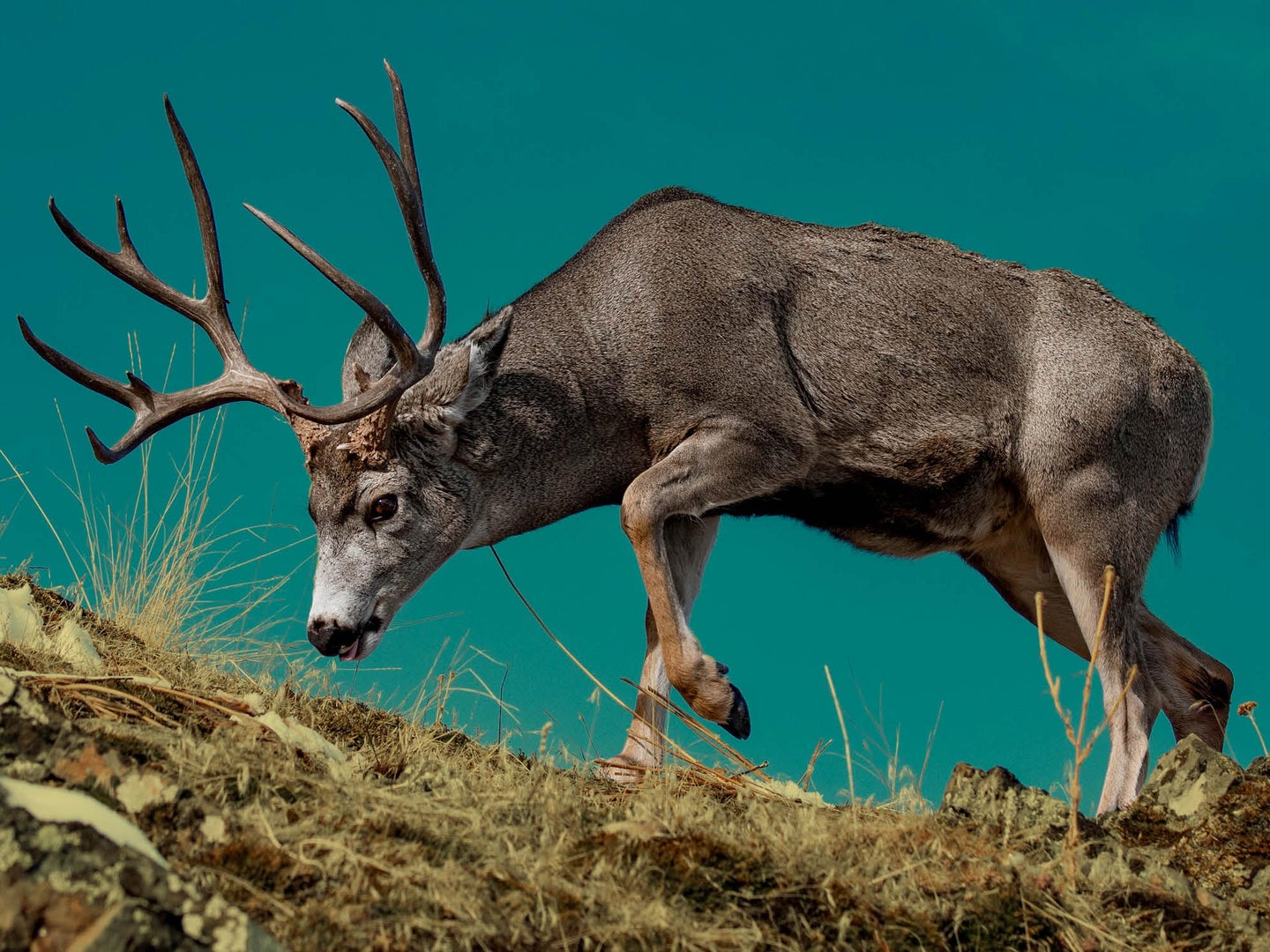 On a backcountry mule deer hunt, second chances don’t come easily. When they do, you’d better be ready

WE RODE the horses across the valley and up the mountain until they got too tired to go any farther. Then we tied them off, strapped on our packs, and started hiking. Our guide, Spencer Strike, led me and my friend David Herman past the treeline, into the rocks, and across a scree-covered slope where we planned to ambush a mule deer.

We had glassed the buck earlier that day from the opposite slope. He was bedded when we started riding, and when we climbed to a boulder 300 yards from him, he was still down—showing only the tip of an antler. We waited for hours on the cold rocks, covered in sweat, teeth chattering, watching the sun go down, but the buck never moved.

I’d only just met Herman, but we were becoming fast friends in the way that can happen only on a difficult hunt. We had been paired up by our hosts at Savage to test the new Impulse rifle, hunting out of Shoshone Lodge near Cody, Wyoming. After I tagged out the day before, Herman had helped me pack meat over deadfalls and boulders until we were safely off the mountain. He’d insisted I take the first shot of our hunt—no coins or straws, no rock-​paper-​scissors. He was that kind of guy. So, no matter how beat up and tired I was, I was going to keep hunting with him until he punched his tag or went home.

In the wilderness, it can sometimes seem like your hard work will pay off, like you’re playing a fair game, but the mountains always have a way to remind you otherwise. With a half hour of daylight left, the buck stood up. At the same time, a strange figure rolled down the hill from above it at full speed. It was a grizzly bear—not hunting or stalking, just running.

Strike picked out the bear in his spotting scope and muttered the only two cuss words I heard him say all trip. I couldn’t have agreed with him more. We were running on fumes, had broken our backs to get Herman a shot, and lost it all in a flash. The buck vanished into the woods, and shortly after, the bear turned and walked off in the same direction he’d come from. We sat there, cold and stiff, glassing the trees and the rocks through falling snow, knowing our odds of killing this buck had all but disappeared.

With 20 minutes of daylight to go, Strike spotted the buck again. It was standing in the timber 300 yards from where he had been bedded before. The three of us scrambled over the loose rock to get closer for a shot. With five minutes of light left, we set up under a small pine, Strike set his pack down for Herman to rest his rifle on, and Herman cranked his scope’s magnification. “Whenever you’re ready,” Strike said. I plugged my ears—but Herman didn’t shoot.

With one step, the buck was gone again, into the shadows of the pines. The three of us didn’t say a word but all shared in the understanding of what this meant: Climbing down the mountain would be just as hard as going up. We knew we had to find the horses and ride out in the dark. We knew we had to do it all while keeping an eye out for the grizzly. We knew we had to wake up tomorrow and do it all over again.

But with one minute to go until last light, just as we were getting ready to stand and shoulder our packs, the buck stepped out from the treeline and started walking away from us on a trail toward the crest of a rise. Strike saw it first, then I did, but Herman was still looking through the scope.

“Where is it?” Herman asked.

“Look with your naked eye,” Strike said. “He’s going over that hill.”

Herman picked up the buck and followed it with his crosshairs, but all he could see was the deer’s tail and antlers swaying on either side.

“You don’t have a shot,” Strike said. “Wait until you see his shoulder.”

With seconds to go, and just before the buck walked over the hill, he turned broadside to take one last look at what had been chasing him all day.

For me, fall is less a time of year and more a patchwork of moments—past and present—that I’ve experienced in the woods. You spend so much time waiting and planning and working for those moments that they almost seem like they’ll never arrive. But when they do, it’s hard to believe they’re really happening.

They’re moments like Herman’s perfect shot, or finding the dead mule deer resting on a log in the dark, on a near-vertical slope—or the second that buck turned to give us one more chance.