Dial it Down: Four Proven Tactics to Put More Late-Season Ducks in the Bag

As duck season winds comes to a close, you might need to scale back your approach 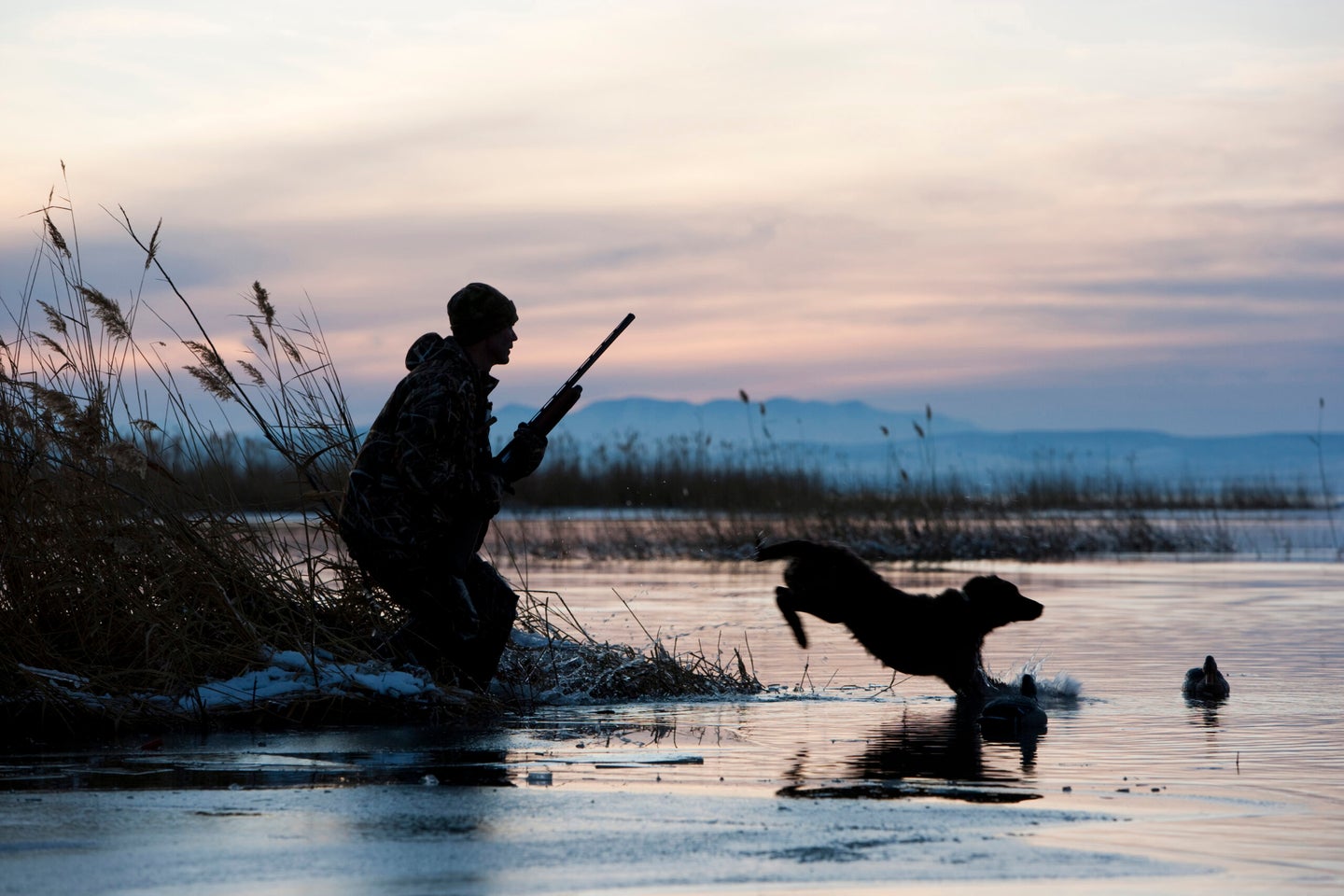 The tail end of duck season can be productive—if you know what you're doing. RubberBall Productions via Getty
SHARE

By now you might think you have your duck game dialed in—your calling is tuned up, your jerk spreaders are untangled and working perfectly, and when the heat is on, you can get five dozen decoys set in no time flat. But the late-season might not be the best time to throw everything you’ve got at birds, many of which have seen everything thrown at them from the 49th parallel on down.

The last weeks of duck season can bring bitter cold, snow and ice—and fresh ducks to your neck of the marsh. To close the deal on ducks that are call-shy, blind-shy, decoy-shy, and especially, brown-lump-in-the-cattails-shy, consider downsizing just about everything. Except for your effort and expectations.

When it comes to decoys in the waning weeks of the season, less is more. By now, many ducks have run a two-month-long gauntlet through who-knows-how-many decoy spreads. They’ve seen every kind of spread ten times, and they’re simply not going to be impressed with one more. In fact, a standard decoy setup is more likely to turn birds away at 400 yards than bring them in. Puddle-duck hunters, in particular, will want to pare down the decoy numbers. If you hunt smaller waters, such as beaver ponds and river oxbows, you should pare them down dramatically.

Much of the reasoning behind a Season 2.0 version of decoys has to do with biology. By this time in the season, ducks are in full plumage. They look different than they did on opening day. And many birds are paired up. They’re less interested in finding a big happy flock than in finding a few other couples hunkered down in a safe, sequestered spot.

Start prepping your late-season decoy spread before the season opener. Set aside a half-dozen of your swankiest, newest, and freshest-looking decoys. You’ll want a pair or two of mallards, then two or three pairs of other ducks that frequent your water, such as wigeon, pintails, and woodies. Make sure to have more drakes than hens in your spread. When the time comes, place the decoys in pairs, and spread them out a bit. Think of it as a Club Med pool for ducks. When that much love is in the air, couples like a little bit of personal space. And skip the spinning-wing decoys, squirters, and jerk-cord decoy spreaders that create too much commotion. A jerk cord with a couple of decoys that’s enough to put a few ripples on the water, but not so much that ducks get suspicious, is alright.

Paring down your kit also makes it easier to stay mobile and move to the ducks. In the late season, you’re less likely to convince birds to come to you. Be ready to move to the X after the second group of birds snubs your decoys.

Dialing back your calling is another proven late-season tactic. At this point, ducks have heard it all before. Heck, even I’m tired of hearing a duck call by now. You still need to tease the birds in the corners as they circle the decoys, but only enough to let them know where you are. Save the comeback call for when they’re downwind, and it’s looking like a lost cause. Never call when the birds are closing in or are circling overhead. If they hear you, they’re looking at you—and looking hard. Don’t help them out by allowing them to zero in on a duck call.

You might also consider trying a whistle-type call if there are pintails, wigeon, or wood ducks in the area. My favorite late-season call is a mallard drake call. The buzzy two-note “bu-weep, bu-weep” is a great convincer when birds are in tight but not yet committed.

Scout the back sloughs, beaver swamps, and remote marsh ponds that you’ve overlooked so far. It’s not easy to find unpressured waters right now, but you’ve got to put in the legwork. Stash canoes or kayaks to help you cross creek channels where other hunters won’t go, and pour over satellite photos to uncover late-season options that are simply too challenging to get to for most of your competition.

Remember to be super-vigilant when you’re scouting so as not to disturb ducks. Try to scout during the late morning hours, so you don’t bump birds in the dark. Glass ahead often, and if you see just a few birds hunkered down in a far-off honey-hole, resist the temptation to get just a little closer for a better count. Late-season birds are going to flush with the slightest disturbance, and when they do, chances are they ain’t coming back. Find a handful of ducks and consider yourself lucky. You don’t need a pile of birds in small water. You just need to hit what you aim at.

There’s no question that the social aspect of duck hunting is a big draw. It’s fun to hunt with your buddies, but too much of a good thing leads to light duck straps. This time of year, trees are barren, the vegetation around pits blinds is trampled, and ducks have had it with anything that looks off. Trying to hide a half-dozen pals in a late-season timber hole is far more difficult now than it was in the early season.

This doesn’t mean you have to ditch your posse entirely. Instead, break yourselves up into two or three smaller groups, and scatter throughout your hunting area. Harried birds will be looking for sequestered spots, and once they find safety, they’re less likely to move around again. By spreading out, you help prevent the common occurrence of ducks piling into a safe haven 200 yards up the swamp from your position, and if everyone agrees to hold off on shooting until the birds are in the decoys, you can (somewhat gently) keep birds flying.